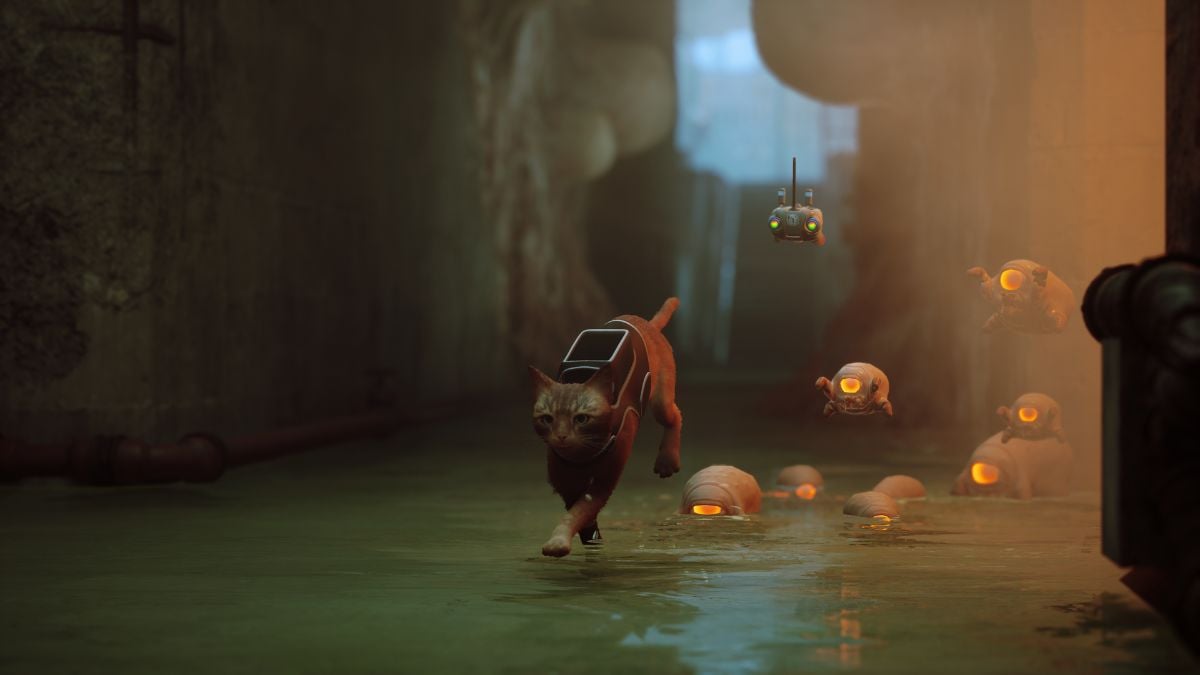 Stray is an intriguing adventure game about a cat exploring a near-empty, cyberpunk-themed dystopian city. While the protagonist cat is unable to speak outside of a few cute meows, and with characters that offer dialogue being few and far between as the cat explores the city, most of the game’s exposition is seen, not heard. This level of intrigue may cause players to believe that Stray’s story branches into different endings depending on where the cat explores and what they interact with.

How many endings does Stray have?

To put it simply: Stray only has one canon ending. Its plot progresses linearly as the cat explores new regions and neighborhoods of the city, encountering new set-pieces along the way. Without attempting to spoil the ending, by the time the player reaches the game’s final chapter, they’ll begin to understand where and how the game ends, without their actions, both before and after, having much bearing over how they come to that conclusion.

Related: How many chapters are there in Stray? Full chapter list

Collecting side content, like the memories and sheet music, can help to provide additional context to the events of the story. However, beyond earning a few achievements and contributing toward 100% completion, these collectibles contribute and change very little to the game’s progression.

This isn’t to say that Stray’s current ending isn’t a satisfying way to conclude the cat’s journey. In fact, enough plot points are left unclear should the game’s developer, BlueTwelve Studio, tease a sequel in the future.

This is your last chance to avoid spoilers for the ending of Stray. If you want to find out what happens at the end of the game by yourself, do not read on any further.

At the end of Stray, the protagonist emerges into the world once again under a blue sky. The roof over Walled City 99 has been lifted, and that brings many changes. The Zurks die in UV light, so the sunlight that floods the city kills them all. The Zurks are no more, at least in this location.

The actions that you took in the control room have lifted the roof, but they also destroyed the systems responsible for controlling the Sentinels. We see these flying peacekeepers fall to the ground in front of Clementine just as the roof is lifting. It’s unclear if this means the Sentinel facility has also been shut down, in addition to the Peacekeeper machines that walk the streets, but if the whole system is shut down and no longer required, they’ve all likely ceased functioning.

Finally, the door to Walled City 99 is now open. The machines from the city can make their way out into the world. In the last moments of the game, we learn that a plague killed most of humanity, possibly all of it. The only life we know survived it is feline. As the final shot of the game closes out, a screen to the left of the door to Walled City 99 flickers on. This could indicate that some sort of program has been triggered, one that would aid the people of Walled City 99 as they left it. All that remains of humanity are the machines that worship them, meaning this program could help them establish a life outside of the city.

Ultimately, Stray’s ending is deliberately vague. We don’t even know if our furry friend reunites with its family. In a sequel, it may become clear that the cat sticks around to be with the machines it befriended in the city. With its closest companion fried, they’re the only chance it has for company. The machines may even be able to fix BB12 with their understanding of technology. If they do, the cat and its machine companion could be roaming machine-tended farms before too long.