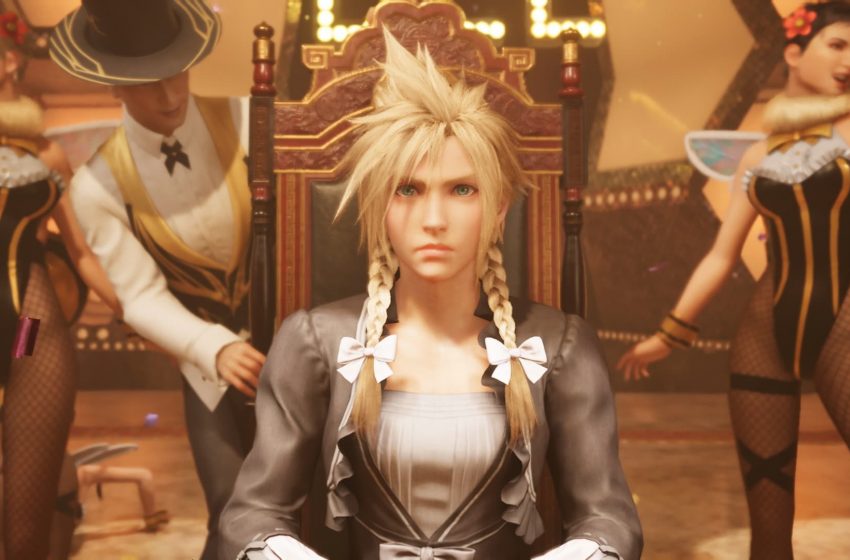 One of the most memorable moments in Final Fantasy VII is when Cloud and the gang don their best dresses to sneak into Don Corneo’s mansion. This moment has returned in the FFVII Remake, along with a trophy for collecting all nine of the available dresses in this game. This sequence is popular among fans for the comedic effects and the chance to get the seemingly clueless Don Corneo to pick the cross-dressing Cloud over his female compatriots.

Tifa, Cloud, and Aerith can each use one of three dresses available to each character, for a total of nine possible dresses. The dresses are unlocked based on the player’s choices earlier in the game. Getting the different dresses can be a bit of a pain as they can’t all be earned in a first playthrough.

This trophy requires players to unlock the chapter selection option after completing the game the first time, or completing three separate playthroughs of the game.

Tifa’s dresses are the earliest available in the game. Cloud will reach the Sector 7 slums and meet up with Tifa in Chapter 3. Tifa will show you around the slums where you can take on side quests. If you complete all of the side quests a new scene is unlocked where Cloud and Tifa talk in her room. Tifa wants to hit the town and wants Cloud to help her pick out a dress for her to wear. This will be the dress she uses later in the game when you visit Don Corneo.

Tifa will give you three options: Mature, Sporty, and Exotic. To unlock the dress for the Chapter 7 mission, you have to select it and then complete the chapter to lock it in. Then you will have to progress through Chapter 7 for the choice to count towards the trophy. You will have to go through this process three times, once for each dress, to get the trophy.

Like Tifa, Aerith’s dress choice will depend on the player doing a number of side quests. The difference is that the choice depends on how many side quests you complete.

After you meet Aerith in Chapter 8 you will have to fight through a boss, Reno, and escape from the church where you start the chapter. After you get out of the church, you will need to navigate to the station, where you will gain Aerith as an ally and head into the Sector 5 slums.

Cloud’s dress choice, like Aerith’s and Tifa’s, depends on side quests. Unlike the others, the dress Cloud will wear will depend on which set of quests you choose to do.

When you first arrive at Corneo’s mansion, you can find Johnny running in the opposite direction. If you stop him and talk to him, he will point you towards Chocobo Sam, and you will gain a set of three side quests to complete: Burning Thighs, A Dynamite Body, and The Party Never Stops. You can complete these side quests while Aerith is being fitted for her dress. Completing all three of these will give Cloud the black and blue dress.

The next dress is unlocked by getting a massage. Skip Johnny at the beginning of the area and Sam a little later and pay 3,000 Gil to get the ‘Luxury Course’ massage from Madam M. Choose the “It matter what I think?” option when she asks about Aerith’s dress and you will get a different set of three side quests: Malicious Goons, The Price of Theivery, and Shears Counterattack. Complete these three quests to earn Cloud’s white dress.

The final dress is a bit easier to unlock than the previous two. Skip all of the side quests, ignore Johnny and Sam, and just go straight on to the next main quest after Madam M and you will get the black dress.