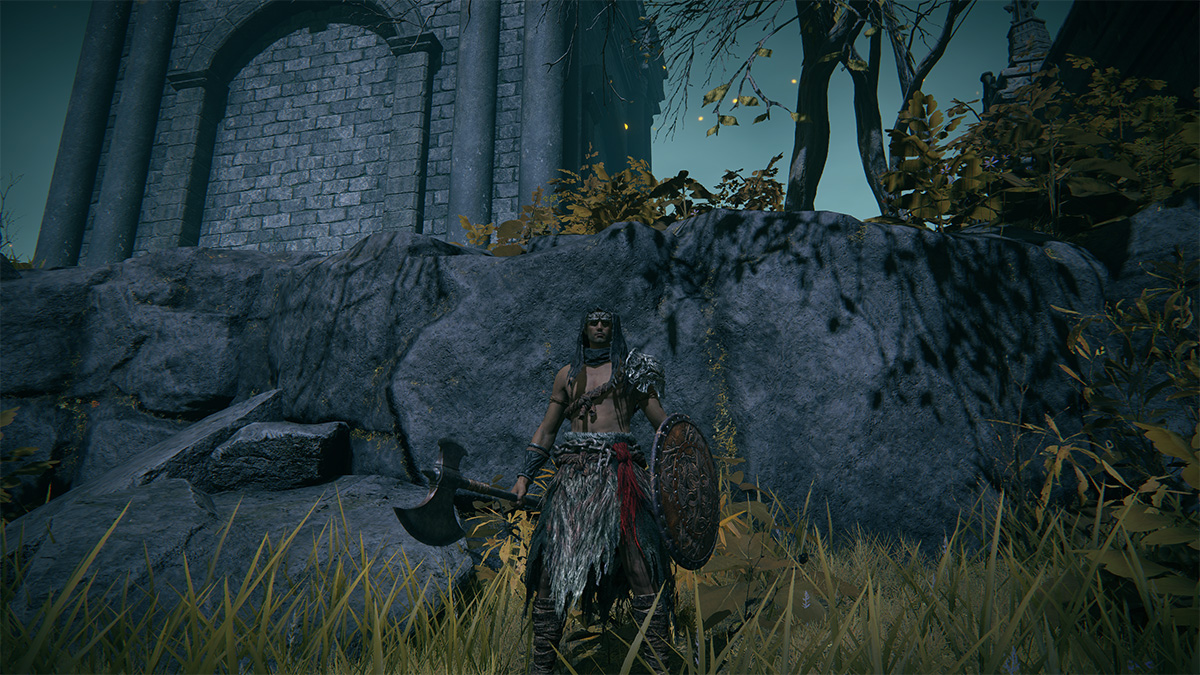 The Hero is a class that is well-suited for Strength-based builds. They have high starting Strength, Vigor and Endurance, with a decent Arcane stat as well. A Hero will come with a Battle Axe and a Large Leather Shield, but you can quickly obtain heavier weapons, such as Greatswords or Greataxes, eventually aiming for Colossal Weapons if you are interested.

You can also fit your Hero with some magical options later in the game if you want more flexibility, without having to invest points in Intelligence or Faith.

The Hero comes in with the following starting stats:

Early on, focusing on a Strength would be the best idea, but putting a few points into Dexterity for some weapon usage won’t go to waste.

What Builds Work Best For The Hero?

The Hero’s best builds will lean towards Strength at the start. You can throw some magic in if you would like, but that usually happens after you have chosen a Strength build and can make minor adjustments for magical items.

If you are starting out, here’s a build to get you on the right track.

The Hero can start out with a Greatsword/Greataxe at first, but they should think about finding a Colossal Sword (ie. a Zweihander) or another Colossal Weapon (ie. a Duelist Greataxe) as soon as they can.

Once you have your Colossal weapon of choice, you need to find the Ash of War called War Cry. This will increase your damage by 10% for 20 seconds. It also applies the Heavy affinity and increases Strength scaling, which is perfect for the Hero.

Your main method of dealing damage is using War Cry to boost your attack damage, then use the charged R2 attack to (likely) stagger enemies. You can then follow up with regular attacks to finish them off, or repeat the process if you need to retreat to regain stamina.

Strength is important for the scaling that comes when you apply the Ash of War, but Endurance is another stat to invest into since you are likely to run out of stamina. Players can consider using the Green Turtle Talisman or the Erdtree’s Favor Talisman to either increase stamina recovery speed or gain more stamina respectively.

Any heavy armor set will do, as long as you are heavy enough to do a decent roll (medium roll).

Secondary stats that may help: Vigor and Dexterity (especially if you want to use different weapons)

If you aren’t the biggest fan of using Colossal Swords and/or Weapons, there is a build for those who prefer smaller weapons that still scale with Strength, such as Greatswords.

This build works well with the Lordsworn’s Greatsword which can be found in the beginning of the game. You want to pair that with another greatsword like the Bastard Sword, but you also want to work your way up to more powerful weapons like the Claymore when you can.

Pair this with the Ash of War Golden Vow which increases your Attack Rating and Resistance (attack power and defense on the description) and you have a powerful way to cut through enemies.

This build works well with jumping attacks. You can equip the Claw Talisman to boost the power of jumping attacks, as well as the Ash of War: Determination which boosts the power of your next attack. With a jumping attack allowing both greatswords to hit at the same time, that results in two enhanced attacks hitting an enemy instead of just one.

Secondary stats that may help: Vigor and Mind (for the Ash of War spells)

As you get more powerful and put more points into Strength, you can start wielding more powerful Colossal weapons to take you through the next part of the game.

You can find any Colossal weapon and use the Ash of War Barbaric Roar to hit enemies with savage combo attacks (which change the charged R2 attack into a series of combo attacks). Paired with the Roar Talisman, Green Turtle Talisman, and the Axe Talisman, you can deal a lot of damage to enemies.

You can also bring along some Sacred Seals that let you use Incantations without the Faith investment (ie. the Clawmark Seal) such as Bestial Vitality or Flame, Give Me Strength that can assist you in battle.

You can also bring other weapons (such as a Colossal weapon with War Cry or a Dagger with another skill) for more boosts. You can also work on some interesting combinations, such as equipping the Prelate’s Inferno Crozier and equipping the Lord of Blood’s Exultation Talisman to deal even more damage.

Primary stats to invest in: Strength

Secondary stats that may help: Vigor and Endurance

The Hero will succeed with any Strength-based builds, and can throw in a bit of magic thanks to Sacred Seals that allow the use of Incantations. It’s also useful to have more than one Strength weapon to deal different damage types, just in case you are up against enemies who can be resistant to the weapon you are wielding. With these builds in mind, you will start your Hero character on the right foot and can tweak them to suit your own preferences.