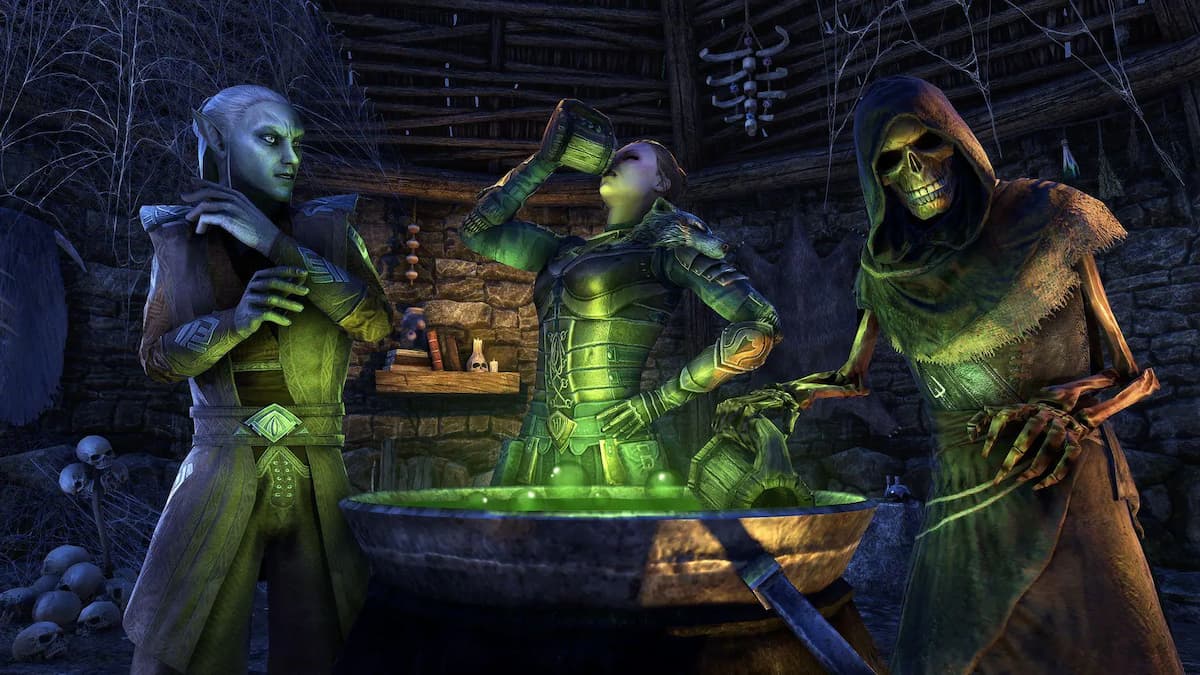 Around Halloween, Elder Scrolls Online throws an in-game festival for players each year. This event, called the Witches Festival, provides players with lots of containers, event tickets, collectibles, and more. The Witches Festival starts on Thursday, October 20 at 10 AM ET and will run until Wednesday, November 2 at 10 AM ET. Here’s how to participate in this year’s Witches Festival and what to expect.

Related: Where is the Vampire Shrine in The Elder Scrolls Online? Answered

How to participate in the Witches Festival

If you’re keen to participate in the Witches Festival, you’ll need to log in during the event. Once you’re in the game:

Once you’ve completed the quest, you’ll be rewarded the Witchmother’s Whistle memento. If you already have this from previous year’s events, you’ll be able to find the memento in your “Collections.” Use the whistle to summon “the Witchmother’s Cauldron.” By using the whistle, players will be automatically granted a 100% XP buff for two hours. Players can “use” or drink from the cauldron to transform into an undead character.

Bethesda is known for granting a ton of rewards during their in-game events. The Witches Festival is no different.

One of the cool things about this festival is the drop rate is guaranteed. Every time players defeat a boss monster, they’ll be rewarded with a “Plunder Skull.” These exclusive event boxes could contain some of the following items:

Every time players slay a different type of boss for the first time, they’ll receive a “Dremora Plunder Skull.” Different kinds of bosses drop different sub-classes of items. These boxes contain the same items above and can include additional rewards:

If you complete the Witches Festival Writs, obtained from the Dremora Plunder Skulls, players can earn the “Witch” title and the Witches hat collectible item.