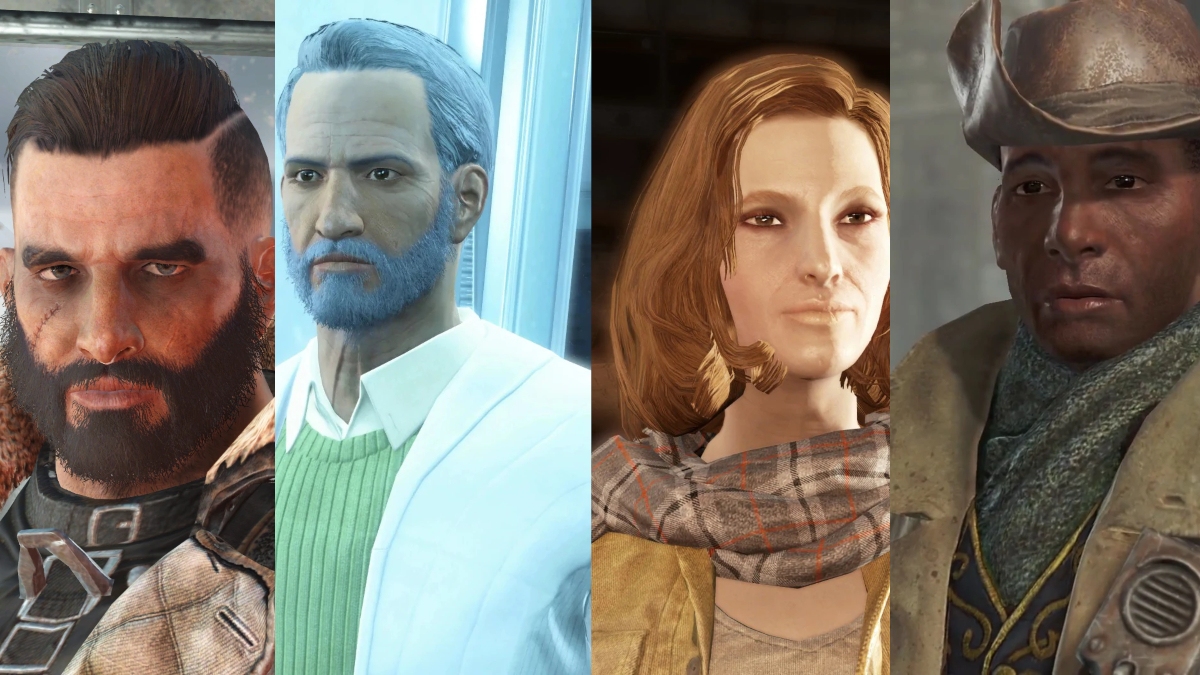 Fallout 4 has four major factions that you, the Sole Survivor, can join in your journey to find your son Shaun and survive the unforgiving Commonwealth Wasteland. They are:

These four factions have significant roles in the plot of Fallout 4 and can change the outcome of the game. In addition to that, several characters’ fate lies in the hands of these factions as well. They all have unique quests, locations, leaders, and other pivotal characters. But, before you can interact with them in a meaningful way, you, of course, have to join them. With that in mind, this comprehensive guide will explain how to join each of these factions in Fallout 4.

Related: All companion perks in Fallout 4 and what they do

The Minutemen are a voluntary civilian militia that rose to prominence when they defended the people of Diamond City during a Super Mutant attack in 2180. Wanting to create a provisional government, they tried to branch out to various settlements within the Commonwealth. But, their plans were thwarted by a Synth sent by the Institute. By Fallout 4, which takes place in 2287, the group is near extinction with only a few members remaining.

When you, the Sole Survivor leave Vault 111 you will run across the Museum of Freedom in Concord which is being attacked by raiders. Inside is Preston Garvey, a key Minutemen member who is protecting a bunch of civilians. Converse with him and he will task you with defeating the raiders and an unexpected Deathclaw. After defeating them, take Preston and the group to Sanctuary for their new home. Later, Garvey will give you ‘The First Step’ mission where you will have to secure and recruit a new settlement to the Minutemen cause. After completing it, Preston will offer you the General rank of the Minutemen. Accept it and you will become a part of them.

The Railroad is an underground faction that had been operating for about seventy years before the events of Fallout 4. They are deeply embedded in secrecy and very much like to remain hidden. They believe that synths are self-aware and feel just like humans. As such, they focus on saving those who have escaped the Institute or want to.

The current head of the Railroad is Desdemona with help from Deacon, Dr.Carrington, and more. There are several ways to inquire about the Railroad. One way is to hang around Park Street Station, Dugout Inn, and Goodneighbor. At those locations, you can hear conversations about the Railroad. Then, the mission ”Road to Freedom” will start. Here, you’ll need to find the Railroad HQ. For convenience, it is located under the Old North Church in downtown Boston. You’ll have to kill a few ghouls and come up to a seal which you’ll have to solve. Spell the word ”RAILROAD” and it will unlock. Then, you’ll face Desdemona and the other Railroad members who you’ll converse with. The conversation will not affect the outcome of your relationship with the Railroad. After conversing with Desdemona, the mission ”Tradecraft” will start and after completing it, you will be recruited to the Railroad.

The Brotherhood of Steel is a technological military order formed after the Great War. They possess various advanced technologies and equipment. They are featured in every game in the Fallout series and as such, they play a prominent role in Fallout 4 also.

In Fallout 4, the Brotherhood operates from the Prydwen, a mobile airship under the leadership of Elder Maxson. While exploring the Commonwealth, you’ll run across a radio transmission titled “Military Frequency AF95” near Corvega Assembly Plant. Listen to the full transmission and the game will ask you to go to Cambridge Police Station. There you’ll meet a few Brotherhood members, including Paladin Danse, who are taking out some feral ghouls. Assist them in taking them out and entering the police station. There, talk to Danse who asks you to go with him to ArcJet Systems to secure a Deep Range Transmitter. This is the mission ”Call to Arms” and after you complete it, you’ll be given the choice to join the Brotherhood by Paladin Danse.

The Institute is a scientific organization formed by survivors of the C.I.T after the Great War. They possess extremely advanced technologies and inventions that they intend to use for the betterment of mankind. They operate under the C.I.T ruins and only communicate with the outside world via Synths and Coursers. In Fallout 4, they are considered the main antagonists.