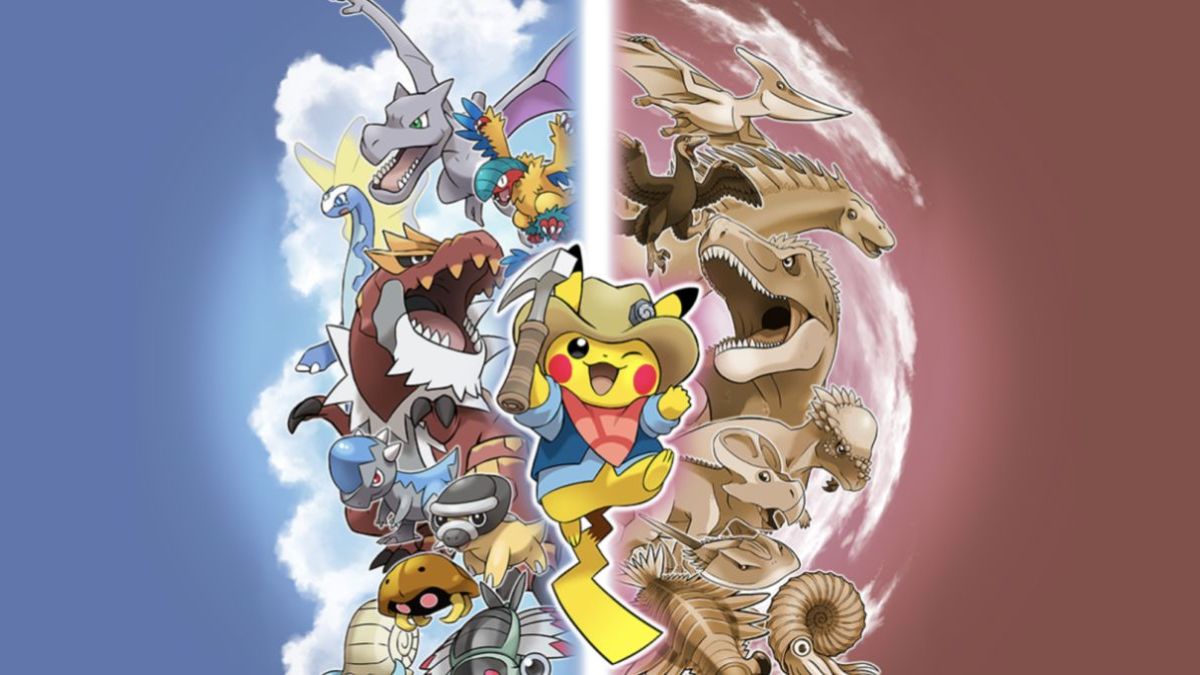 Fossil Pokémon are some of the coolest-looking Pokémon in the games, even though they aren’t always the best to use in battles. Fossil Pokémon are the series’ take on classic Jurassic Park; you bring a Fossil to a laboratory to turn it into a long-extinct Pokémon. The rock-typing for most Fossil Pokémon make them not ideal to use in conventional battle, but with the right strategy, any of them can be viable.

Fossil Pokémon are some of the most underappreciated Pokémon in the games. Everyone remembers Aerodactyle and Omastar, but how many remember Carracosta or Rampardos? On that note, let’s revisit all Fossil Pokémon and rank them.

Archen and Archeops perfectly encapsulate the ancient raptors and birds of prehistoric times. They are not the most interesting-looking Fossil Pokémon, but the feather and reptile skin are more accurate to how some dinosaurs may have actually looked. Their unappealing designs make them unpopular to choose in the fifth generation of Pokémon games, and there’s a much better rock and flying-type Fossil Pokémon.

Shieldon and Bastiodon are rock and steel Pokémon based on Ceratopsia dinosaurs like Triceratops and Chasmosaurus. They are very slow Pokémon, making them not ideal in battle, and Bastiodon also doesn’t have the best design. However, it is an excellent tank Pokémon because of its high health and defense.

Arctovish is an abomination created when two fossils from two different Pokémon are fused. Arctovish is like the forgotten cousin of the more popular Dracovish, yet it can still learn Fishious Rend, which is extremely useful.

Amaura and Aurorus are Sauropods with sails on the back of their necks based on the Aurora Borealis. Their designs work well and make them look majestic. Their ice-typing makes both a glass cannon, meaning they hit for a lot of damage, yet they also get KO’d easily.

If you love turtles, then you will love Tirtouga and Carracosta. These ancient Pokémon have solid enough designs and know a lot of good water-type moves. Unfortunately, they are slow in battle, and there are other better water-type Fossil Pokémon in the games.

The only Fossil Pokémon that are pure Rock type, Cranidos, and Rampardos, are dinosaurs Pokémon. These Pokémon constantly need to ram things with their heads, a trait inspired by Pachycephalosaurus, dinosaurs famous for their round heads and headbutting to attack. Cranidos and Rampardos don’t have the best stats, yet they learn a lot of cool moves like Zen Headbutt.

The eighth generation of Fossil Pokémon each has its own signature moves, which are good, especially in competitive play. Arctozolt’s Bolt Beak causes more damage to the opponent if Arctozolt goes first or if the opponent switches out. Bolt Beak’s base damage will double to 170, making it one of the strongest base attacks in the games.

Related: What happens to Pokémon moves in Pokémon Brilliant Diamond and Shining Pearl when transferred with Pokémon Home?

Dracozolt can also use Bolt Beak, a strong move that has the potential to deal a lot of damage. Dracozolt also has the dragon-typing, one of the best Pokémon types in the games. It can learn great dragon moves like Dragon Tail and Dragon Pulse.

Kabuto and Kabutops are icons from the very first Pokémon games, and they are fan favorites. Kabutops is especially well-known for its cool and threatening design. But the Pokémon are rock and water-type, giving them a disadvantage against grass-type moves. Kabutops only has a base stat of 495, making it an un-fun Pokémon to use seriously in battle. However, the pair deserve to be this high on this list for Kabutops’ design alone.

Anorith and Armadlo may not have the best stats, but they earn points for style. These bug and rock-type Pokémon are some of the coolest-looking Fossil Pokémon in games. Their designs combine ancient shrimp, dinosaurs, and old Native American garments. They are the most underrated Fossile Pokémon.

Lilleep’s and Cradily’s water and grass-typing give both Pokémon access to several good moves. The Pokémon can learn moves like Energy Bomb, Solarbeam, and Stone Edge. Their grass-typing negates a lot of weaknesses that other Fossil Pokémon have, making them more decent to use in battle.

The Tyrannosaurus rex is unquestionable the most famous dinosaur to ever walked on Earth, and it took Pokémon six generations before the franchise introduced its own T-Rex. Tyrunt and Tyrantrum deserve to be this high on this list because they are both T-Rexs. They are also both dragon-types with decent stats, making them great to use in battle.

Dracovish is the Pokémon that broke the meta of the games. The Pokémon’s water/dragon-typing and signature move Fishious Rend made it a deadly threat in competitive play. It was unstoppable in competition, forcing organizers to either ban the Pokémon entirely or change the rules.

Back in 2014, there was a social experiment that became known as Twitch Plays Pokémon. The experience had players watch a live Twitch stream of Pokémon Red with no player; the player was the audience. Everyone watching could comment on an action that the trainer can do. However, the game would read every comment as an input, meaning the inputs made minutes ago would be read into the game long afterward. The experiment created a chaotically fun experience for Twitch viewers.