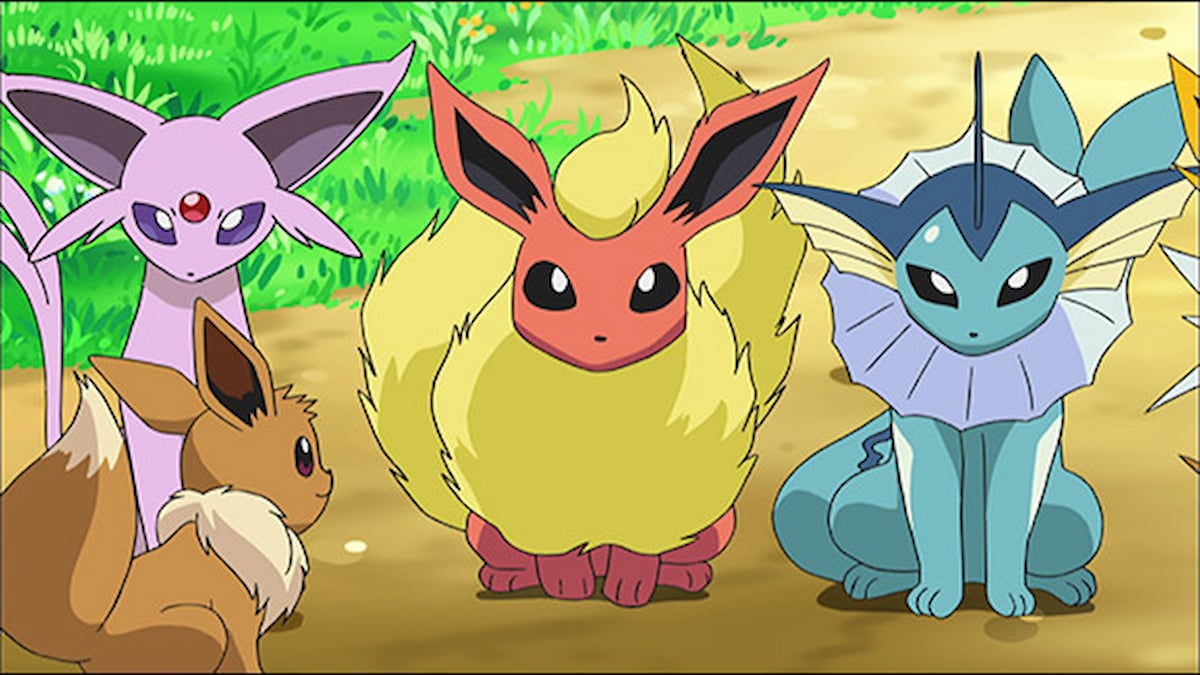 There are dozens of cute Pokémon for you to encounter in the games or catch on the show. If you want to show off which is your favorite of these Pokémon, you always have the option to make them a profile picture on any of your preferred social media platforms. These are some of the 10 cutest Pokémon to use as profile pictures.

The cutest Pokémon for profile pictures

Easily one of the cutest Pokémon for many fans is Eevee. The basic form is a Normal-type, but many may argue that some of its evolutions beat it, such as Vaporeon, Umbreon, Espeon, or Sylveon. You can find multiple fan art to use as a profile picture, or you can always try to find a particular image from the anime or a gif featuring Eevee. Of course, you can’t go wrong with picking Eevee or any of its evolutions.

An unusual choice many may not consider is Joltik, the Bug and Electric-type Pokémon. Joltik first appeared in Pokémon Black and White, and although it’s a tiny spider, it doesn’t quite have the same characteristics many would expect for an arachnid. It does not have as many eyes and only four legs. For anyone who might not enjoy spiders, Joltik gets a pass. However, we don’t recommend using Joltik’s evolved form for a profile picture, Galvantula, which is less adorable.

Next, we have Mew, the mythical Pokémon featured in the first generation of Pokémon. Although it does not evolve into any Pokémon, we cannot recommend it enough as a chosen profile picture. Multiple fans have drawn and depicted Mew in several pieces, and there are several animations of Mew laughing or giggling that you can screenshot to use as your profile picture.

Pikachu is the iconic mascot of the Pokémon franchise. It’s easy to associate the name Pokémon with Pikachu, and it’s featured in nearly every game. You can find many fan art pieces starring Pikachu, or you might be able to find a rare art piece of a Pikachu card from the Trading Card Game that you want to use. If you use Pikachu, you might want to look around to find a suitable one because of how many will be available.

Pumpkaboo is a great Pokémon for a themed profile picture for those who enjoy creatively carved pumpkins during Halloween. Although it has sharp teeth poking out, similar to a vampire, they do not overshadow its charming appearance. You might also want to check out Pumpkaboo’s evolved form, Gourgeist. It has a happier Jack-o’-Lantern face on the bottom rather than the two eyes that Pumpkaboo has.

Scorbunny from Pokémon Sword and Shield is an excellent choice if you’re the adventurous type. This Pokémon is newer, and many fans adored the happy-go-lucky joy this rabbit Pokémon gave off as it bounced around in multiple Sword and Shield trailers. You might have the chance to take a decent screenshot of your Scorbunny from the Nintendo Switch game or try to take a snapshot from a trailer of the game.

Shinx, a Pokémon that resembles a lion cub, is always an adorable choice for you to pick for a profile picture, along with its evolutions, Luxio and Luxray. This Pokémon was introduced in Pokémon Diamond and Pearl, stealing the hearts of many players. Although its evolutions look ferocious, Shinx’s cuteness makes it an easy choice for nearly any profile picture.

Togedemaru is the Roly-Poly Pokémon, and many may want to use this as a profile picture rather than the traditional Pikachu. Introduced in Pokémon Sun and Moon, Togedemaru looks like a round rodent, partially squished down, and plenty of fan-drawn pieces are done of this Pokémon. There are a handful of Pokémon cards featuring Togedemaru and Pikachu if you want to feature the two of them.

A notable Pokémon from the second generation is Togepi, a Pokémon still wearing the egg it hatched from. For many who grew up watching the Pokémon anime series, there are multiple episodes that feature this Pokémon; it’s usually held by Misty or occasionally attempts to wander off to explore the world. Because of this Pokémon’s continued popularity, it will be easy to find fan art featuring this adorable Pokémon, or you can grab a screenshot from any show. Togepi’s evolved forms, Togetic and Togekiss, are worthwhile choices if you’d rather go with them.

The final Pokémon on this list is Vulpix, another Pokémon from the first generation. Vulpix, and its evolved form, Ninetales, are the fox Pokémon, and they match the elegance of the creature, more in a mythological way. Although the standard Vulpix form is cute, you can always use the Alolan version for Vulpix and Ninetales, changing them from Fire-type Pokémon to Ice-type. It dramatically changes up their appearances, which are even more gorgeous.