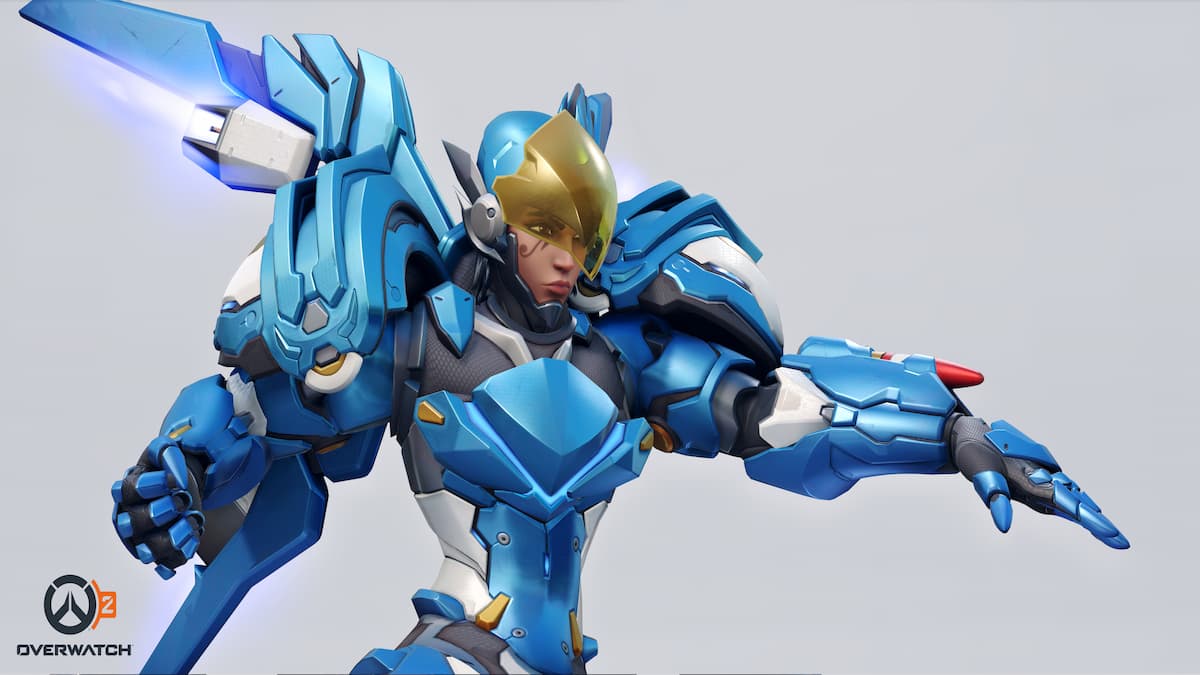 The Damage class wouldn’t be the same without Pharah, and luckily, she’s come back to the battlefield in Overwatch 2. The offensive character returns with not just her explosive Ultimate, Barrage, but also a wide collection of Legendary skins. These can be obtained by spending Coins, leveling up the Battle Pass, and through the Shop. So, to solve for what top-tier cosmetic you’ll be chasing after next, here is every Legendary Pharah skin in Overwatch 2, listed in alphabetical order.

All Legendary skins for Pharah in Overwatch 2

ASP reimagines Pharah as an Egyptian pharaoh with gold-plated armor and a sky blue trim on her wings. The Legendary skin can unlocked for the price of 1,900 coins.

Pharah does her best Maverick impression in this Aviator getup, a cosmetic that can periodically be found in the Shop.

Related: All Mythic skins in Overwatch 2

Beduoin is an Anniversary skin that trades in much of her armor for blue Arabic clothing and golden headwear. The skin is expected to appear in the Shop on occasion.

Echanted Armor leaves the Hero completely without her body, wearing nothing but platinum and golden Knight armor. The Halloween Terror skin is slated to only appear in the Shop.

As advertised, those wishing to give Pharah some sweet swimming gear can look to the Lifeguard skin. It is a Summer Games cosmetic that can be purchased for 1,900 Coins.

Mechaqueen dramatically alters the Hero’s default color scheme, giving her a white suit with dashes of orange and purple. Those desiring the skin can own it for 1,900 Coins.

Mechatron is just one of a few skins that functions as a recolor of Mechaqueen. This purple and black iteration can be only be acquired from the in-game Shop.

A full-blown white and gold spacesuit, Orbital is yet another anniversary skin that is expected to be in the Shop.

As a Lunar New Year Event skin, Qinglong’s teal armor lends the Hero a glowing hologram of a dragon at the center of her chest. Unfortunately, players wanting it will need to wait until the skin hits the Shop.

The Legendary Raptorion is a blue and gold recolor of the Mechaqueen skin and can be bought directly from the Heroes menu for 1,900 Coins.

Security Chief is a classic all-brown militia uniform that is exclusive to those who have purchased Overwatch’s Origins, Game of the Year, or Legendary Editions.

Players can give Pharah a more regal appearance with her white and gold Sky Centurion outfit, though it can only be unlocked by Premium Battle Pass owners at Tier 60.

As great as Raindancer is, some may find it best to rock its red and white Thunderbird recolor. It won’t be too hard to do, as Thunderbird can be bought in the Heroes menu for 1,900 Coins.