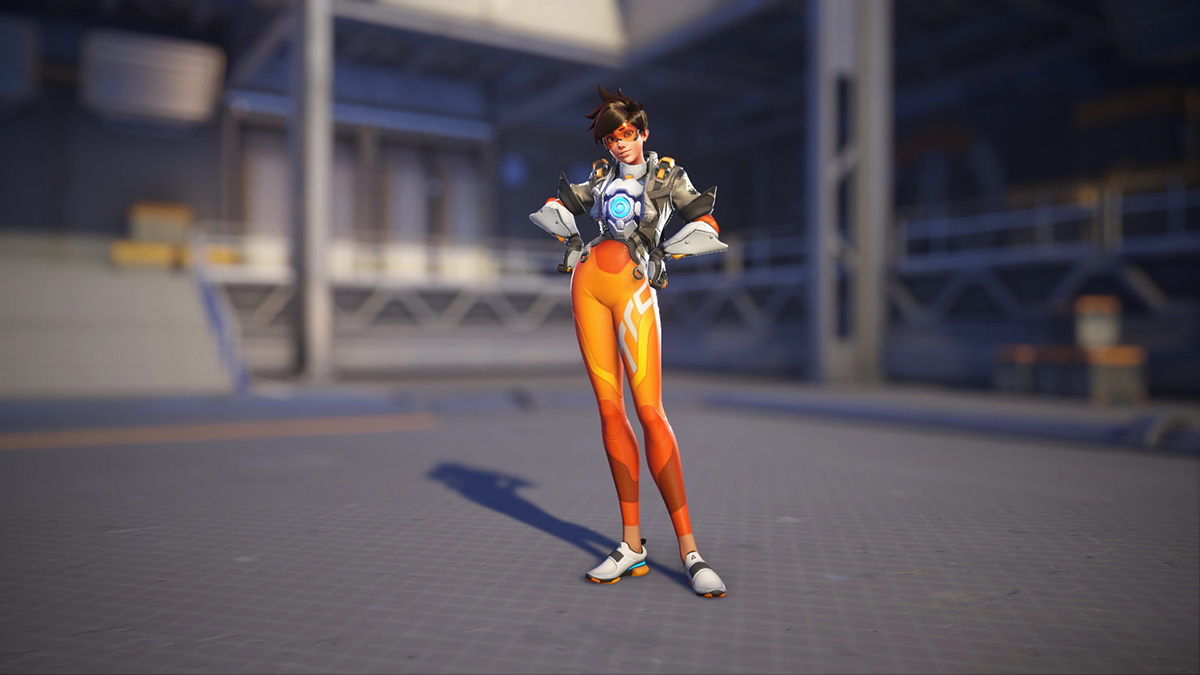 Tracer is one of the most popular characters in Overwatch 2 and is even considered to be the game’s mascot. As such, there are plenty of Legendary skins for the sprinting Brit to pick from. She wields dual pulse pistols and can use her time anomaly powers to rewind time and blink around the battlefield, tossing a pulse grenade as she zips by enemies. The fast-paced skirmisher requires quick reflexes and a lot of practice to get the most out of her kit but can be a real nuisance to the opposition in the right hands. Let’s take a look at all of the Legendary skins you can use while you pester your opponents.

All Legendary Tracer Skins in Overwatch 2

Taking a cue from Tracer’s punk-rocker past, this skin shows the rebellious side of the former Overwatch agent.

Similar to her Punk outfit, this version sports bright neon colors contrasted with black, which seem straight out of some cyberpunk world.

Before her accident, Tracer used to be a very talented pilot, and this skin pays homage to that.

This skin reimagines Tracer as a racing car or Formula 1 driver, in keeping with her speedster persona.

As a runner, it makes sense that Tracer would be all about the sprint discipline at the Olympics.

If not sprinting, then clearly Track and Field would be her preferred sport, complete with a Union Jack around her shoulders.

This skin would’ve been spooky if not for the adorable look and Tracer’s chipper personality.

Tracer is right at home as one of Santa’s elves. She’s probably the fastest of the bunch too.

Here, Tracer is cosplaying as the titular character from a popular 17th-century Korean story.

With this skin, Tracer represents the goddess of protection from Chinese folklore.

Fresh from her recovery, this is what Tracer was like when she first joined Overwatch as a newbie.

“Cheers loves, the cavalry’s here!” is now quite literally a skin for Tracer.

Replacing her guns for spray cans, Tracer is no less deadly in a duel.

There seems to be a lot of spillage when working on graffiti, and this skin proves it.

This skin is very appropriately Dickensian and Tracer surprisingly fits the look.

Slipstream is the name of the experimental jet Tracer flew that led to her chrono-boosted accident.