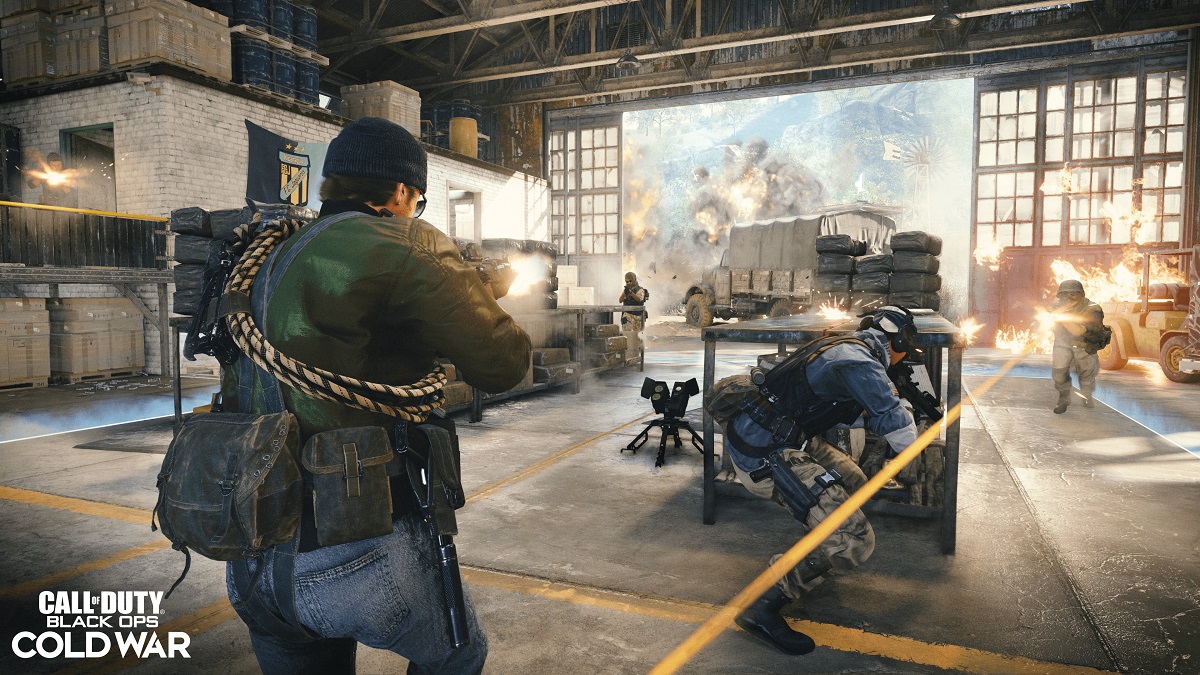 Call of Duty: Black Ops Cold War, like other entries in Activision’s iconic franchise, has plenty of multiplayer maps to get immersed in. With the game’s November 13 release around the corner, you might want to get the lowdown on what multiplayer maps are available at launch.

There will be 10 maps to try when Black Ops Cold War is released, but they will only appear in certain game modes.

Six of the 10 maps are available in classic multiplayer modes, including Team Deathmatch, Domination, Control, and Hardpoint.

Set in the North Atlantic, Armada features many different sized ships for firefights to take place across. Players can use zip lines between the three biggest vessels to quickly move about the map or use the heavy mounted turrets onboard to down their foes. Armada will support 6v6 and 12v12 matches.

Cartel is located in the Nicaraguan jungles. It offers gameplay variety through its canopy sniper locations, stealth-oriented bushes, and close-quarters building layout. Cartel will support 6v6 and 12v12 matches.

Crossroads is located in Uzbekistan, and its snow-themed environment will be perfect for the festive season. Players can use snowmobiles to zip across the battlefield, while tanks may be on hand for you to blow the opposition away. Crossroads is playable in 6v6 and 12v12.

The famous American city is the backdrop for this map addition. It only supports 6v6 battles, but Miami neon-lit streets will offer fun gameplay, and there is even a nearby hotel pool that is said to have a fully functional diving board. Get a sniper kill from someone jumping on that, and you will be the talk of the town.

Another 6v6 map, and one where close-quarters combat is set to dominate. Moscow will feel familiar to established players due to its constrained environment, but it will offer fast, frenetic gun fights that will be perfect for Domination and Hardpoint.

The last classic multiplayer map, set in Angola, offers an open map design that long and medium-range fighters will get plenty of joy. Sand dunes provide optimal sniper positions for those who prefer to keep their distance, while rock formations and a downed plane will be your go-to spots for SMG and shotgun extraordinaire.

Fireteam is a new mode for Black Ops Cold War multiplayer. 10 teams of four players drop onto the battlefield and try to see off the other nine squads to win matches. Two exclusive Fireteam maps are available at launch, but more should be added in the future.

A snowy, rustic Russian themed open plan map. There is not much cover here, so expect plenty of action amid the chaos of Fireteam’s different game types.

Set in the Ural mountains of the USSR. Ruka will offer more cover through its dense forest, streams, and small buildings, but don’t forget that you can’t stay in cover for the whole game. There are objectives to complete, so don’t hang about.

A new Call of Duty game wouldn’t be complete with Zombies mode. There are two maps for Zombies fans to sink their teeth into, and more might be added post-launch.

The third entry in the Dead Ops Arcade map series. Little is known about this map so far, but we don’t have much longer to wait to see what it will feature.

The first map in the Dark Aether storyline for Black Ops Cold War’s Zombies, Die Maschine, will feature the return of iconic perks including Juggernog and Speed Cola. New perks, such as Elemental Pop, will make their debuts, while weapons, including the Ray Gun, will also return.

Again, details are thin on the ground about how this map will look, but we will update this guide when we learn more.