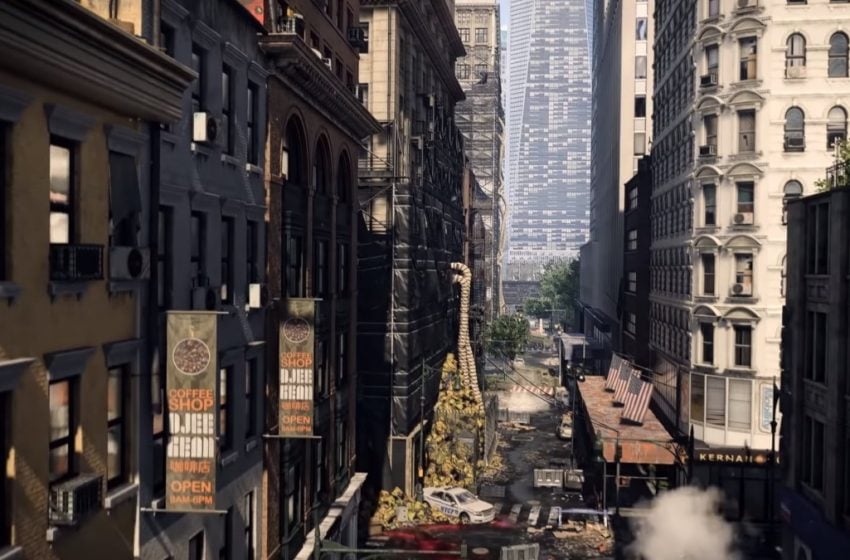 Players in The Division 2 are going to return to New York in the latest expansion Warlords of New York. The first game, The Division, explored New York and players had the chance to see firsthand the devastation of a chemical outbreak would happen in the city. Chaos broke out. Factions were at each other’s throats, all vying for control of precious resources.

The change from Washington D.C. to New York may feel a bit jarring, and it could even feel out of place returning to the stomping grounds of the first game. However, the Ubisoft team behind the project is working hard to ensure things feel different with new changes and new content coming to the game.

1 to 1 scale rendition of Lower Manhatten

The Division was not as massive or capable of handling a 1 to 1 scale recreation of the iconic city, with the development team having to scale it down a bit to make it fit into a video game. The Division 2 team was given a chance to recreate Washington D.C. with a bit more clarity and pieced it together using advanced graphics. Now, that same technology from The Division 2 is going to apply to the new Lower Manhatten area of the game.

The entire area has been cleaned up and revamped for you to revisit. There might be plenty of old things you notice, but there’s also a lot of new things. The city has four different sections owned by a different warlord and the armies of NPCs protecting them. You’re going to explore different sectors of the city called Two Bridges, Financial District, Battery Park, and the Civic Center.

Time has continued on for New York

Time has advanced since players first visited New York. The Division 2 takes place eight months after the events of the first game, placing it somewhere in the mid to late summertime, whereas the first game was mostly during the winter.

Since then, New York has been hit by a massive hurricane devastating the coastal area. Much of the infrastructure got damaged in the environmental event, and flooding is everywhere throughout the city. The populace continues to do their best to live on and survive in these instances, but mother nature continues to make things difficult.

Each of the different districts will have separate features about it, such as areas partially flooded and covered in mud, others full of sinkholes from the subway system, and uncleaned damage from the hurricane.

The expansion takes you back to New York, but you’re going there with brand new weapons, gear, and gameplay mechanics you didn’t have in the original game. The Division 2 is also receiving a handful of updates, such as the UI of how you read your gear, new skills from each of the warlords, and new waves of content from Seasons, which are the game’s new season pass.

You can expect to encounter new traditional weapons and exotics ones during your time in New York. When you defeat all of the warlords and continue with the content of the game, you have the chance to continually upgrade and build on your Division agent’s progression when you reach the end game.

The reason to go back to New York is to reconnect with the story from The Division, which was mostly untouched in The Division 2. By connecting the two stories, it could be a great way to build a solid foundation in The Division franchise for all players to create a stronger connection to the franchise. Ubisoft is working on making the return to New York feel meaningful and giving players plenty of reasons to jump back into it.

Warlords of New York is available on March 3. You can purchase the expansion for $29.99, or buy it bundled with the main game for $32.99.