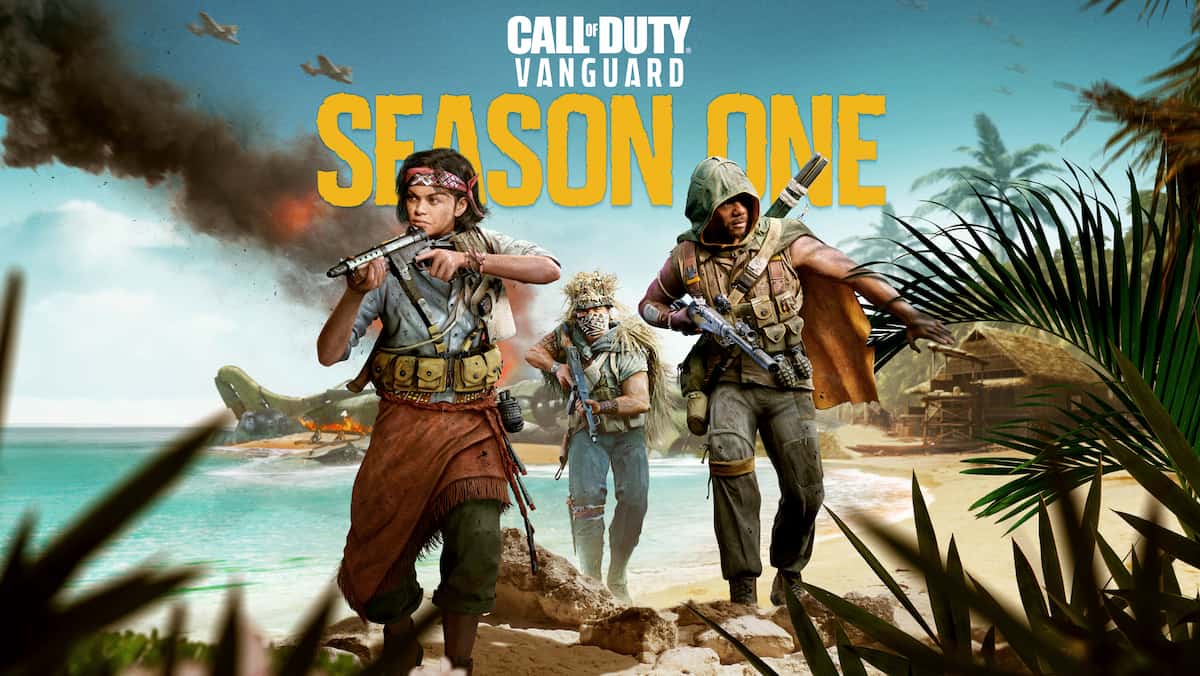 Although Call of Duty: Warzone Pacific may be the hot topic for months to come, Vanguard will be serving up some new content, all thanks to the start of Season One. Despite this only being the first wave of DLC, a handful of new elements will be added to the game once the season launches on December 8. From a pile of new maps, guns, and operators to even perks, there’s a lot to witness in this inaugural season.

At launch, Season One is set to deliver two maps to the multiplayer experience. The most notable is a remade version of Modern Warfare 3’s Dome location, now named Radar, taking place and themed after islands in the Pacific. The second map is an all-new area, Paradise, that bears its own unique twists. Also set in the Pacific, Paradise is a medium three-lane map with several underground bunkers (similar to those found in Warzone) and has damaging puddles of toxic waste throughout.

In total, there will be an impressive five new weapons joining the fray at some point, as three of them will release alongside the new season. These three weapons can be unlocked through the Battle Pass and are as follows: the Cooper Carbine assault rifle (Tier 15), the Gorenko sniper rifle (Tier 31), and the Sawtooth melee weapon (Tier 37). Later on, it is confirmed Vanguard will add the Katana melee weapon and the Welgun SMG via challenges and store bundles.

A new Operative category, titled Trident, will be brought in by the start of Season One. The first Operator in this group will be Kai — who can be unlocked simply by owning the Battle Pass. As operators who are using their favorite weapon to earn double XP, Kai’s weapon of choice is the Cooper Carbine AR. The two other members of Trident will be Lewis Howard and Isabella Reyes — both launching later in the season. Maxing out the levels of each of the Trident soldiers will then net players “gold-trimmed” outfits for these operators.

Season One modes and perks

For the first time in a Call of Duty, new perks can be unlocked via the Battle Pass. After completing Tier 21, players will have access to Serpentine, an ability that lowers any damage taken while the player is sprinting. At Tier 44, the Intuition perk can be obtained, which lends gunners a vibrating pulse whenever an enemy is nearby. Both of these perks will be in the Perk 1 category once unlocked.

Season One will surprisingly launch with the famed Control multiplayer game mode, an offspring of Hardpoint where teams need to hold down two fixed objectives. Although, unlike the latter, players will only have a limited number of chances to respawn. Later in the season, Vanguard will also be bringing back Modern Warfare 3’s Drop Zone mode, where teams will fight for control of just one objective to earn a load of care packages for their efforts.