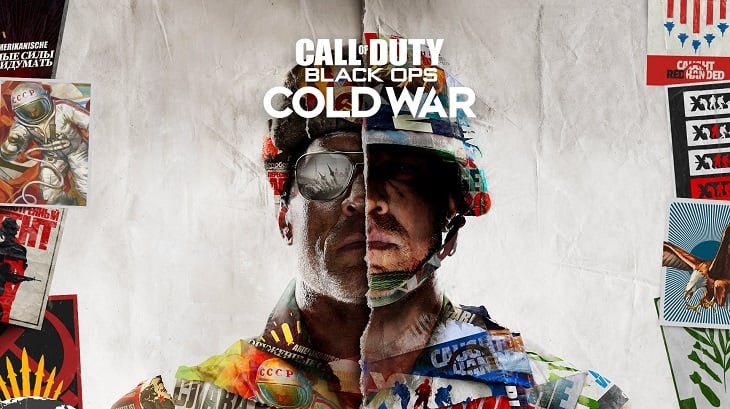 Though it has been announced later than usual for a Call of Duty game, Activision and developers Treyarch and Raven Software have confirmed they are hard at work on bringing fans the next-generation of the series in 2020. With Modern Warfare proving to be a huge success in 2019, and the battle royale spin-off Warzone proving incredibly popular amongst fans, the expectations on the new title will be high.

Here is what we know about the 2020 release of Call of Duty: Black Ops Cold War.

What we know about the 2020 Call of Duty release

Until recently, information about the game has only come from a number of leaks that point to what the next the game is about and what we can expect from the leap to Playstation 5 and Xbox Series X. However, thanks to key art provided by Treyarch we know know that the next game will be part of the Black Ops series, with the subheading “Cold War,” and is likely to be a soft reboot.

With the key art presenting both a member of the Allies and a Soviet, this hints that players will be able to experience a campaign from both sides. However, a teaser trailer for the game was also shown that could debunk the idea of playing a Soviet.

Titled “Know your History,” the trailer was posted by the official Call of Duty YouTube channel, and it shows an interview with Yuri Bezmenov, a journalist for the Soviet spy organization KGB during the cold war, who defected to the Allies in the 60s.

The one-minute trailer hints at the level of propaganda that went through Western society to brainwash allied civilians into turning against their own government and incite violence, instigated by the Soviets, called Active Measures.

With such an interview being used, it’s clear that Black Ops Cold War will be influenced by real-world events. With that said, considering the history of the franchise and the controversy around playing as the Russians in the “No Russian” mission in Modern Warfare 2, it seems unlikely that the player will be asked to play as the Soviets.

What players can expect to be in Call of Duty 2020

In July, an alleged alpha for Cold War, entitled “The Red Door,” was found on the Xbox Marketplace, with many data miners able to dig up some very telling files from it. Some carried names of possible campaign missions, with settings mentioned alongside, such as: “K.B.G. (Russia),” “Hub 8 (Germany),” and “Prisoner (Vietnam).” Discovered multiplayer files also confirm this supposed Cold War setting, with filed maps named, “Black Sea,” “Miami,” and “Moscow” being brought to light. Of course, these could just be placeholder names for the moment, and could change at any point in production.

A Zombie co-op mode was also found within “The Red Door.” So far, those scrolling through the data have found four maps for the apparent mode: “Duga,” Forest,” “Russia,” and “Ski Slopes.”

All of these files do have much in common with the Warzone Easter eggs that have been popping up since April. For instance, players have found phones in the game and picked them up to hear the voice of an angry man speaking Russian on the other end. Most recently, Warzone updates have started to add posters of what appears to be of astronaut zombies.

The possible release window for the game

As reported by CharlieIntel, numerous Twitter accounts dedicated to the latest news for the franchise have received direct messages with photos of a Doritos bag promoting double XP codes for the next title. The advertisement writes that the codes will be activate beginning on October 5, 2020. However, this does not mean that the game will release on this date, as Modern Warfare‘s Doritos promotions started a few weeks earlier than the October 25, 2019 launch date.

While Call of Duty did not make an appearance at either of PlayStation 5 or Xbox Series X’s games conferences, a full trailer for the game is expected on August 26, 10:30 AM PT. There is no confirmation of platforms, but it’s expected that both current and next-gen consoles, as well as a PC version which will be exclusive to Battlenet once again and is being handled by Beenox.