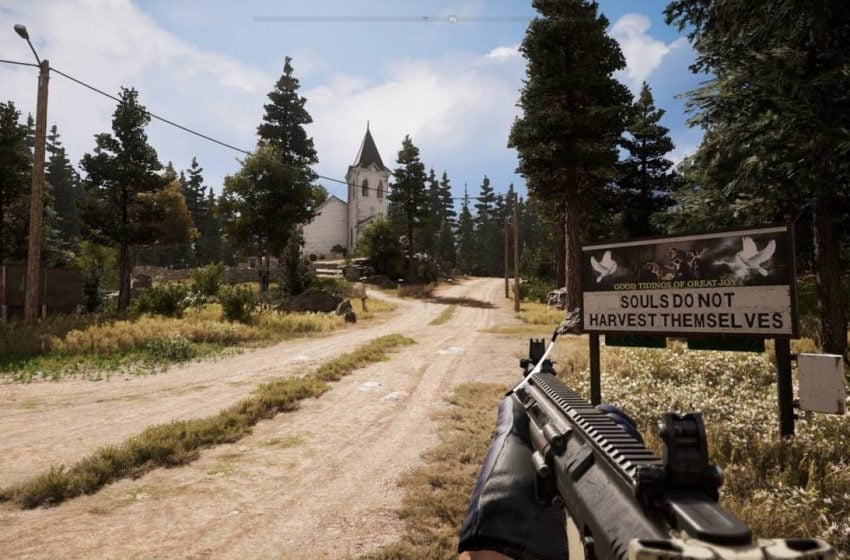 Collect Larry’s Notes only after you have activated all antennas. Doing this will help you fast travel around the map, until you active all antennas it best not pick up anything till then. Picking them up before might confuse you with what you have and haven’t found. Remember the Locations of Larry’s Notes you have picked up.

At the top of Robot Repair center on a box.

Near Bovine Research on a very tall metallic tower.

On a single metallic box in the dirt.

On a box below the tall metallic tower.

At side of the ark on the box.

On top of a metallic tower on a box.

Next to a metallic shrine next to a box.

Under a wide metallic Platform where one of Hurk’s body part is there too.

On a table inside the Robot Creation Center. As you go in

Top of a tall metallic tower on a box.

In the desert on a single box next to the metallic platform.

From the Pits of Peril Antenna use your wingsuit to reach there. On top of a flying platform on a metallic box.

In the desert on a box. Little south of the previous location.

Next to a metallic round platform on a metal box in the desert.

Behind the Transference Center drop down into a hole and you land near the note.

In the middle of the desert next to some metallic rubble.

At the Robot Storage Facility on a box.

Near some metal rubble on a metal box on the sand, where you fight two Queens.

At the lower level of Hemoleum Research center where the canisters are.

Next to a metallic shrine on top of the mountain.

Northwest entrance to the arachnid research center on a box.

South-west area of the arachnid research center on a box

South – East section of Arachnid research center, inside the center on a box

The first floor of the Terraformer which is damaged. So jump from the ground to get there.

South Section on the map on a single box.

On top of a metallic tower. You need to jump from a nearby mountain to get this Larry’s Note because Gravity belt doesn’t work.

Underground of the Geological Research center. It is on a box, at the exit and entry to the console with an energy core.