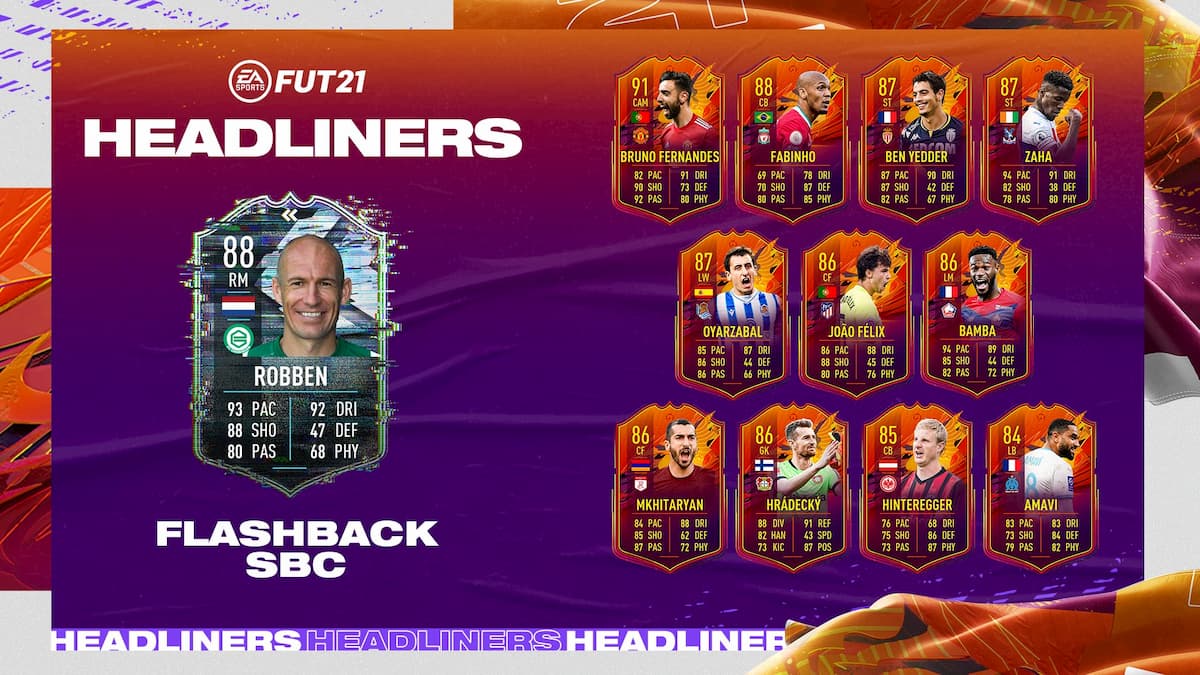 Dutch winger Arjen Robben was a sensational player in the late 2000s and early 2010s with Bayern Munich. On January 1, FIFA 21 recognized the now-FC Groningen winger with a new Flashback player item. FIFA players can get their hands on the new 88 OVR Flashback card, which celebrates Robben’s big 2012-13 season with the Munchen, by completing a new Squad Building Challenge.

How to complete the Flashback Robben SBC

To complete this challenge, FIFA players will need to build one starting lineup of 11 players. This lineup, which will be in the 3-4-3 formation, will need to meet five different requirements that were set forth by EA Sports. So, let’s go over the requirements for this particular Squad Building Challenge:

This challenge will probably cost you a shade over 130,000 Coins, thanks to the 85 OVR requirement, as well as the fact that at least one Team of the Week card is required. If you need a solution, here’s one that could help you out:

Cards via FUTBIN. This challenge will expire on January 15, 2021.