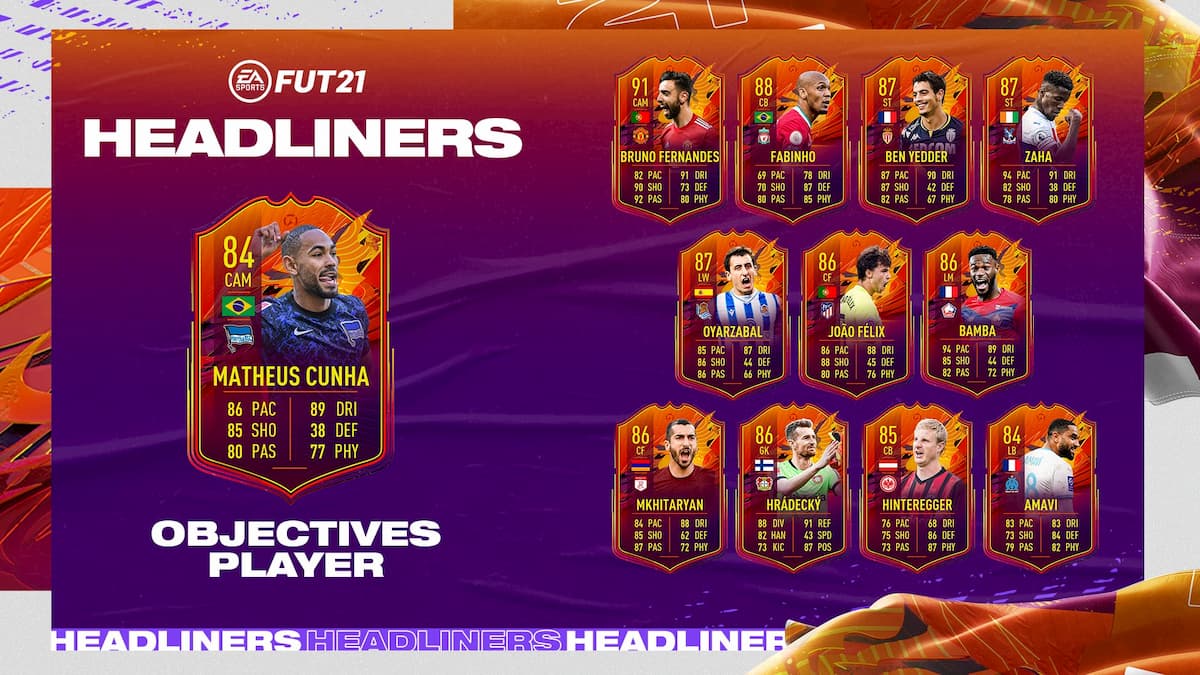 A new promo for FIFA 21, entitled Headliners, dropped on New Year’s Day, and with it came a new Objectives challenge. FIFA players can acquire a new 84 OVR Headliners player item of Hertha BSC midfielder Matheus Cunha — but first, you’ll have to grind in the Live FUT Friendly.

With that said, let’s go over the objectives:

You’ll need to construct your lineup correctly to complete this challenge, since this will require users to use Brazilian footballers, as well as players from the Bundesliga. So, here are a few suggested players for your lineup:

All cards listed above are base player items.

Players, upon completion of all five objectives, will receive the special 84 OVR player item of Matheus Cunha, and 300 XP. These objectives will expire on January 8.