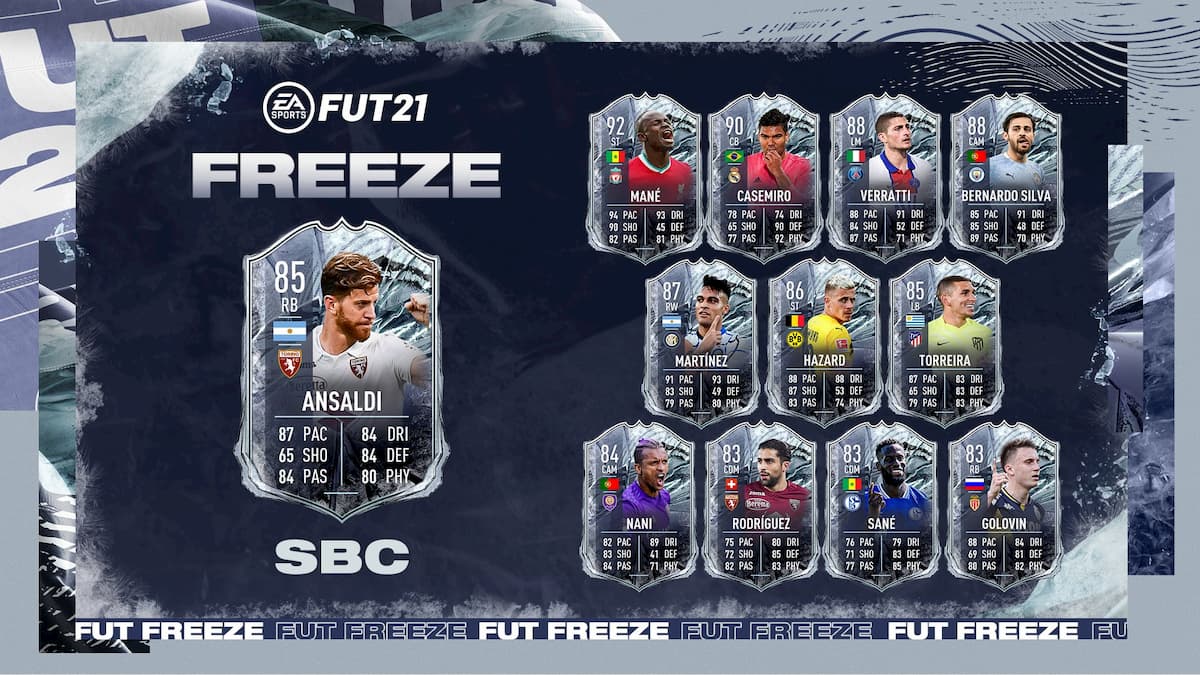 Backs who have good pace, passing, and dribbling can sometimes be hard to find in FIFA, but a new Squad Building Challenge that went live on December 12 should give users a chance to grab one. Torino RB Cristian Ansaldi has received a special 85 OVR Freeze player item in FIFA 21, and all you will have to do to acquire him is complete a lineup.

How to complete Freeze Ansaldi SBC

With that said, let’s go over what you need to do to complete this Squad Building Challenge:

This challenge won’t be as difficult as some of the others that have been added in recent weeks, but because of the TOTW/FUT Champions requirement, it might give you a bit of trouble. Here’s one solution that has been circulating that could help you out:

Cards via FUTBIN. This challenge will expire on December 15, 2020.