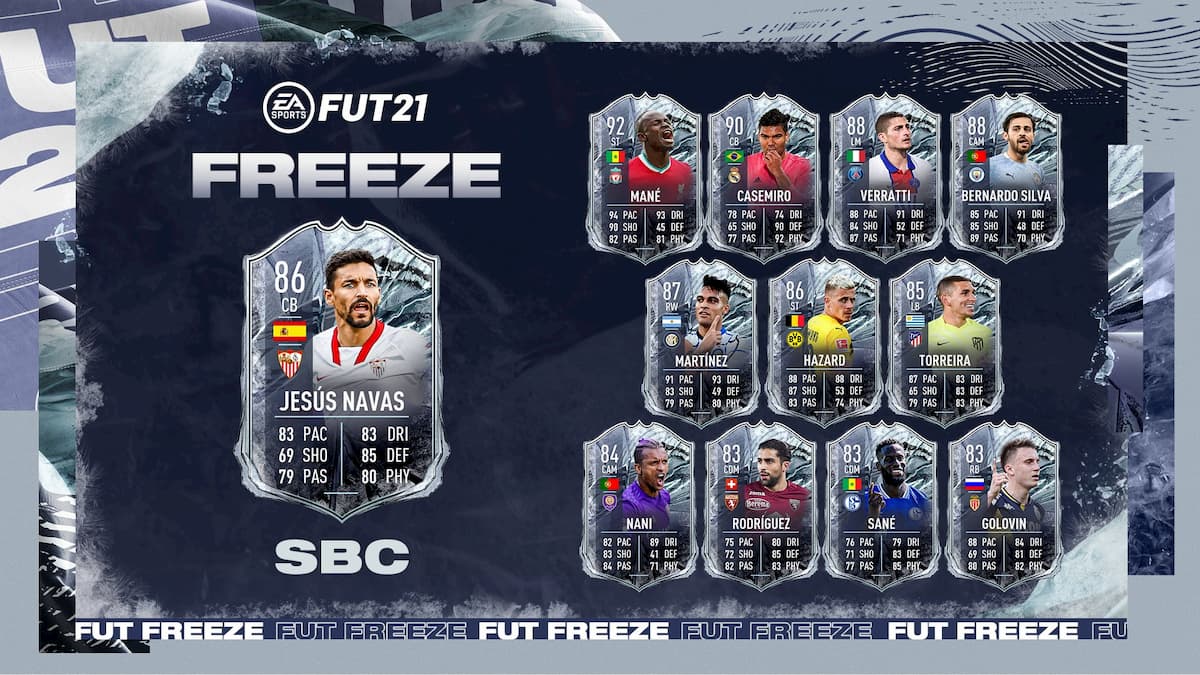 If you are in need of another center back in FIFA 21, the latest Freeze-themed Squad Building Challenge might be for you. Sevilla winger Jesus Navas received a new 86 OVR player item on December 17, with the Spanish-native moving from the front to the back end. But in order to acquire the new back, you’ll need to fill out a couple of lineups first.

How to complete Freeze Navas SBC

Much like with the Matteo Politano Squad Building Challenge that went live on December 16, this SBC requires FIFA players to fill out two lineups. Each lineup requires users to construct a starting lineup of 11 players, with each meeting a certain amount of requirements.

With that said, let’s go over the requirements for each:

Much like the SBC that went live on December 16, this challenge won’t be incredibly expensive, thanks to the modest requirements of the first part, but it also won’t be cheap. If you need some assistance, here are a few solutions that could help you out along the way: