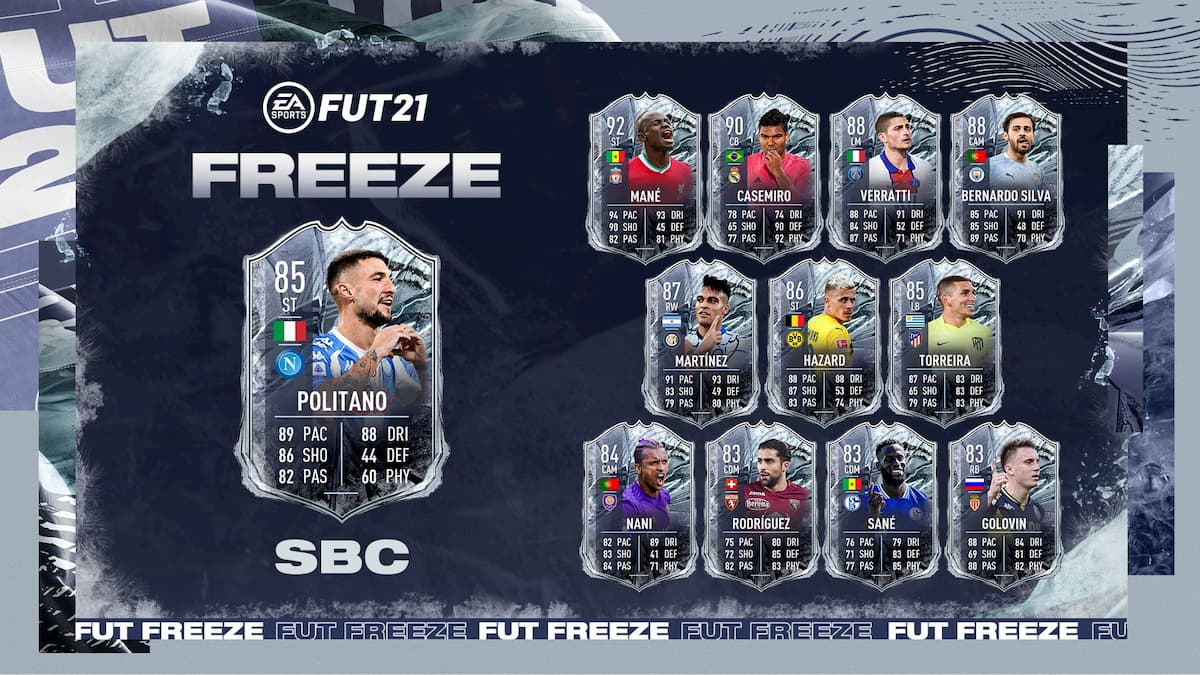 Matteo Politano may be a winger in the Serie A, but as part of the winter Freeze promo in FIFA 21, the Napoli footballer has received not only an 85 OVR special player item, but also a new position. Politano’s Freeze item pegs the Napoli winger as a striker, and his new card is now available via a Squad Building Challenge. To acquire Politano, you will need to fill out a couple of lineups.

How to complete Freeze Politano SBC

A card with good pace and shooting, it’s shouldn’t be a shock to see that this card will be a bit harder to obtain than the Jose Gaya and James Maddison challenges that have went live recently. In order to fully complete the Matteo Politano Squad Building Challenge, FIFA players will need to fill out two lineups that meets a certain amount of requirements.

What are those requirements? Let’s go over the details for each one:

This challenge won’t be impossible to complete, but given that the second component of this challenge includes a minimum overall rating of 85, it also won’t be cheap. If you’re struggling for a solution, here are a few that could help you out along the way:

Cards via FUTBIN. This challenge will expire on December 23, 2020.