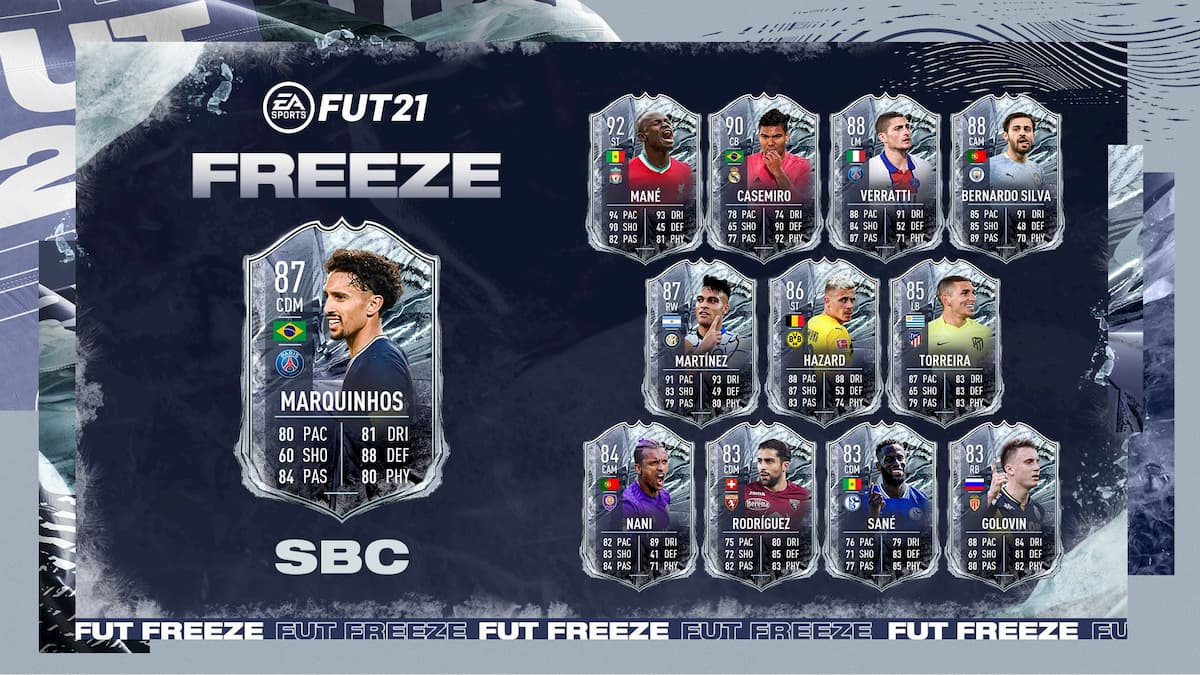 On December 11, FIFA 21’s winter Freeze program went live, and with it was a new limited-time Squad Building Challenge. The reward for this challenge is a special 87 OVR player item of PSG midfielder Marquinhos. While 87 OVR SBC reward cards are usually difficult to obtain, this one might be a little easier thanks to the number of lineups you will need to fill out.

How to complete Marquinhos SBC

Much like the James Maddison Squad Building Challenge that went live on December 10, FIFA players will only need to fill out one lineup to fully complete this SBC. Users will need to construct a lineup of 11 players that meets these requirements:

This challenge will probably cost you somewhere between 150,000 to 160,000 Coins, depending on how quick you are on the Auction House. If you need a solution, here’s a lineup that helps meet these requirements:

Cards via FUTBIN. This challenge will expire on December 16, 2020.