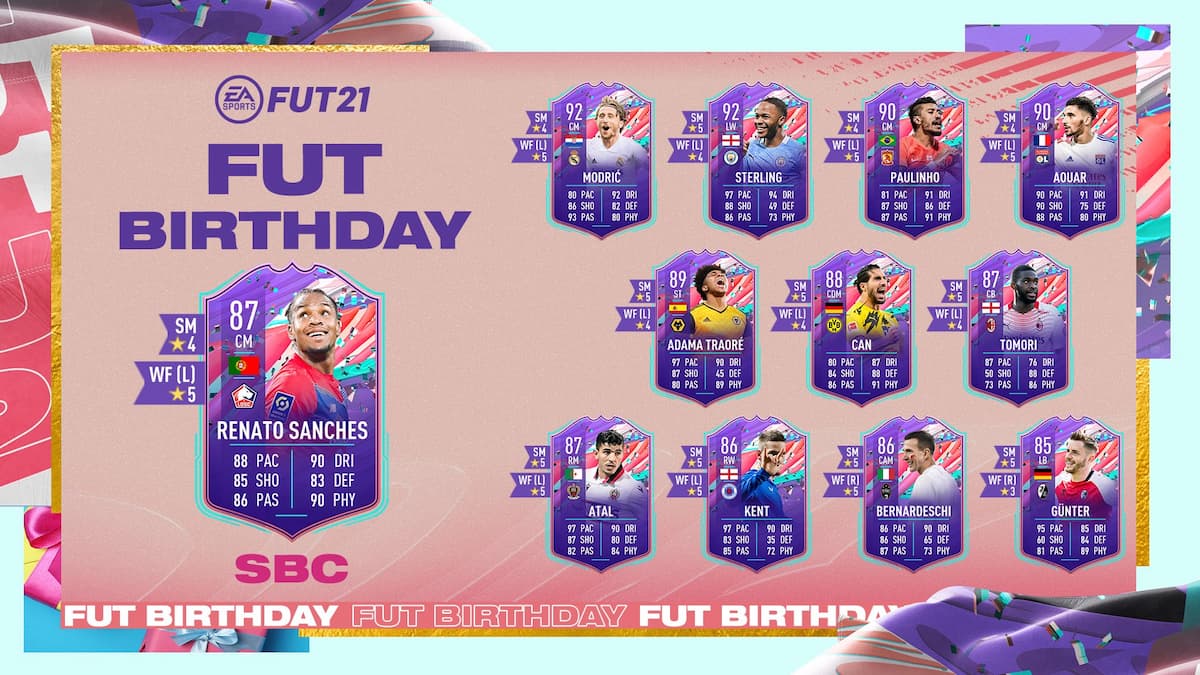 On April 3, EA Sports celebrated FUT 17 by dropping a brand new SBC into FIFA 21. Like all of the other SBCs we’ve seen over the course of FUT Birthday, it adds a fan favorite to the mix. This time, it’s a devastating version of LOSC Lille’s Renato Sanches. He’s an incredible player with a hefty price tag. Here’s how to pick him up.

Unlike the Gervinho and Dimitri Payet SBCs we’ve seen over the last few days, Sanches requires several segments to unlock. Players will need to complete three different lineups, each with its own set of unique requirements. The requirements for each of the three are as follows:

As we said at the top, Sanches is a class player, but getting him into your squad isn’t going to be cheap. His current market value looks to be right around 700,000 coins, which is a massive sink. That said, he provides links to both Ligue 1 players (Neymar and Mbappe) and Cristiano Ronaldo through his Portuguese heritage. So, if you need those, it might be worth paying that premium price.

Card information via FUTBIN. This challenge expires on April 23.