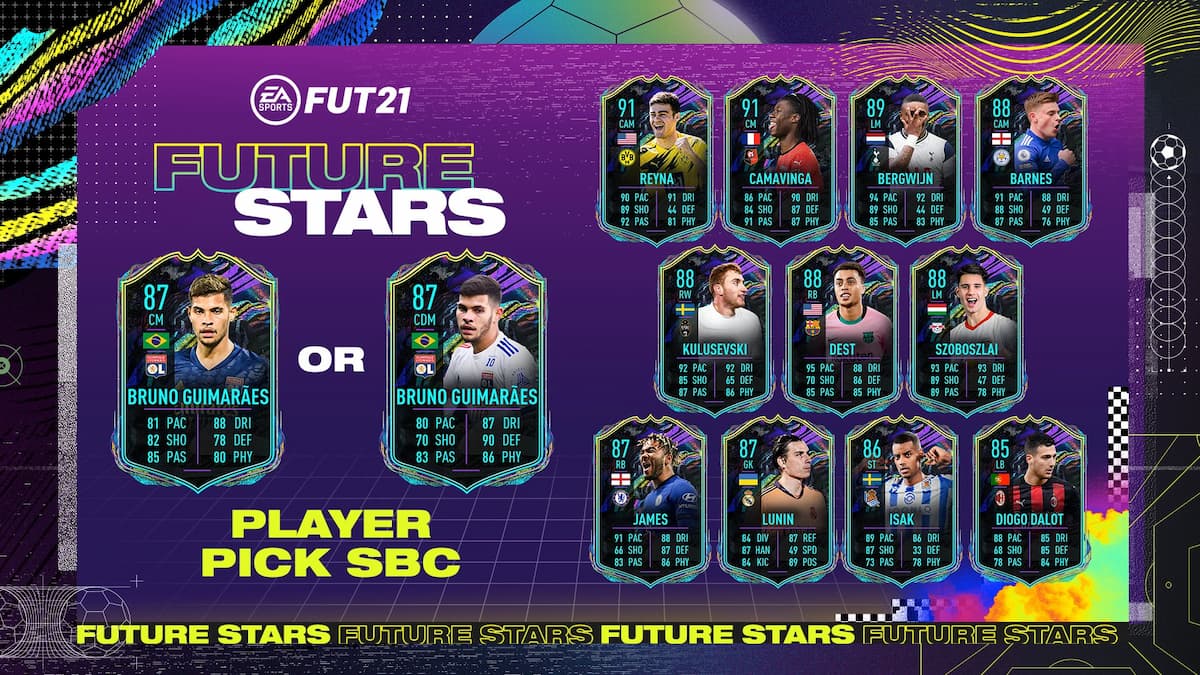 February is here, and so is a new Football Ultimate Team in FIFA 21. The Future Stars program is designed to highlight some of the best up-and-comers from the around the world, and a new Squad Building Challenge is part of the start of this promo. An 87 OVR Future Stars player item of OL midfielder Bruno Guimaraes can be obtained via a SBC, but there’s a twist involved with this one.

How to complete Bruno Guimaraes SBC

For this Squad Building Challenge, FIFA users will need to construct two starting lineups of 11 players. Each lineup has its own unique set of requirements. The requirements for each are as followed:

If you complete this SBC, you will be able to get your hands on the 87 OVR card, but as we mentioned earlier, there is a twist. Players, upon completion of the SBC, will have a choice between choosing a CM-slotted version of Guimaraes, or a CDM one. Make sure that you choose the position that best fits your squad.

Thanks to the fact that players will need one Team of the Week player item for each lineup, this SBC won’t be particularly cheap. If you’re in need of solutions, here are a few that could help you out along the way:

Cards via FUTBIN. This challenge expires on February 12.