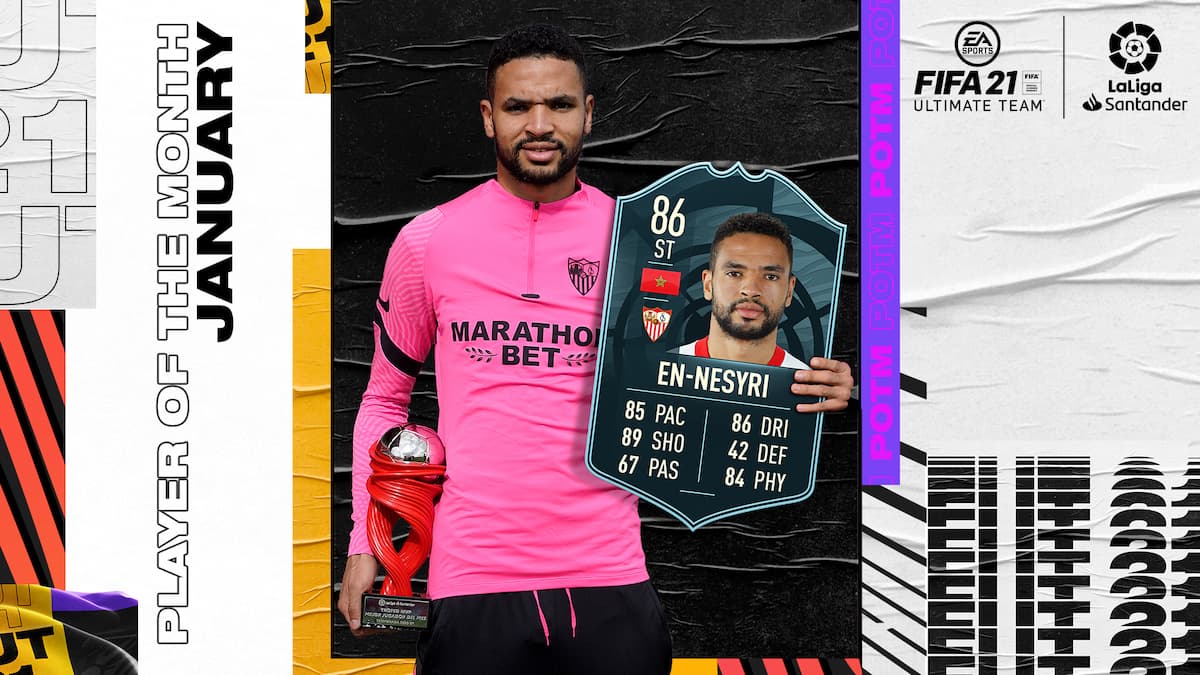 On top of a new Future Stars Squad Building Challenge, EA Sports also unveiled the first Player of the Month SBC for February. After recording six goals in seven games for Sevilla FC, striker Youssef En-Nesyri won the January FIFA 21 Player of the Month award for the LaLiga. En-Nesyri can be obtained via a SBC, so let’s go over what you need to do to get your hands on him.

To complete the LaLiga Player of the Month SBC for January, FIFA users will need to complete just one starting lineup of 11 players. The requirements for this lineup, which is set to the 4-3-3 (2) formation, are as follows:

At this stage of the game, an 86 OVR player item shouldn’t cost too much and thankfully, this one doesn’t. In fact, most players should be able to get this SBC done in under 30,000 Coins.

If you’re in need of solutions, here’s one that could help you out:

Cards via FUTBIN. This challenge expires on March 5.