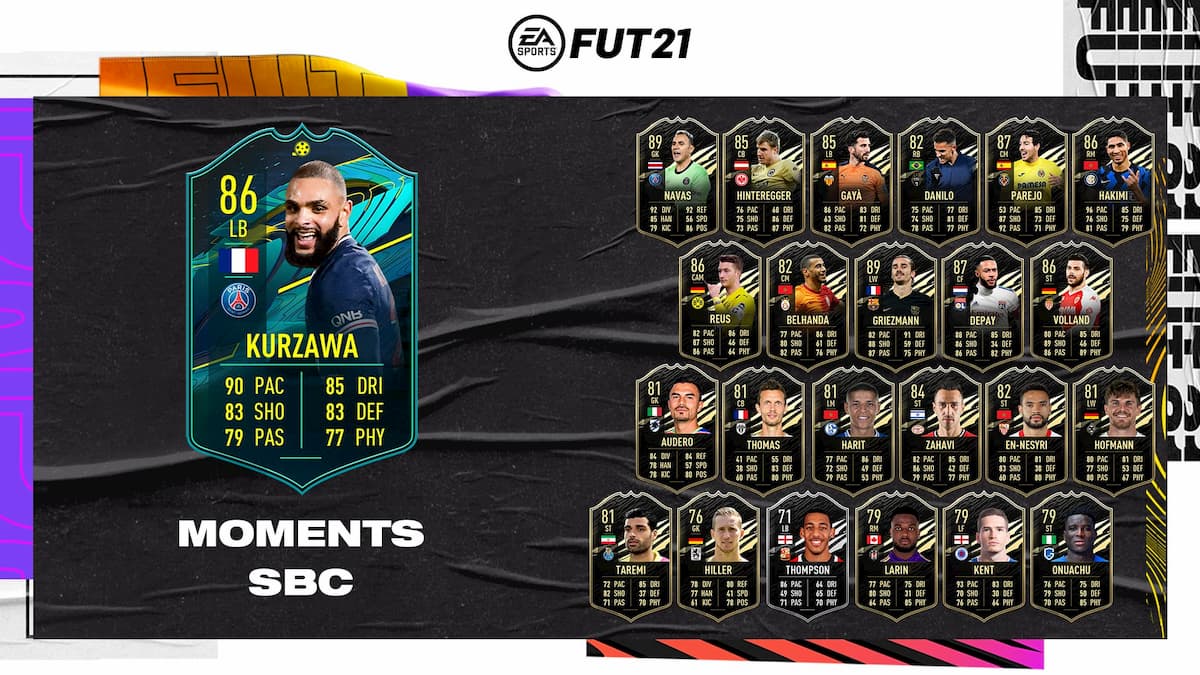 A new FIFA 21 Player Moments Squad Building Challenge went live on January 19, and an 86 OVR inform item of PSG back Layvin Kurzawa has been set as the prize. This SBC, which is meant to commemorate Kurzawa’s highlight-reel goal against Toulouse in the 2017-18 season, won’t be as difficult as the Icon Squad Building Challenges that have went live in recent days, but it won’t be very cheap either.

How to complete Layvin Kurzawa SBC

Much like the Player of the Month Lars Stindl SBC that went live on January 15, FIFA users will need to construct two lineups of 11 players in order to complete this challenge. Each lineup has its own unique set of requirements.

The requirements for each challenge are as followed:

If you’re in need of solutions, here are a few that could help out along the way:

Cards via FUTBIN. This challenge will be live until January 26, 2021.