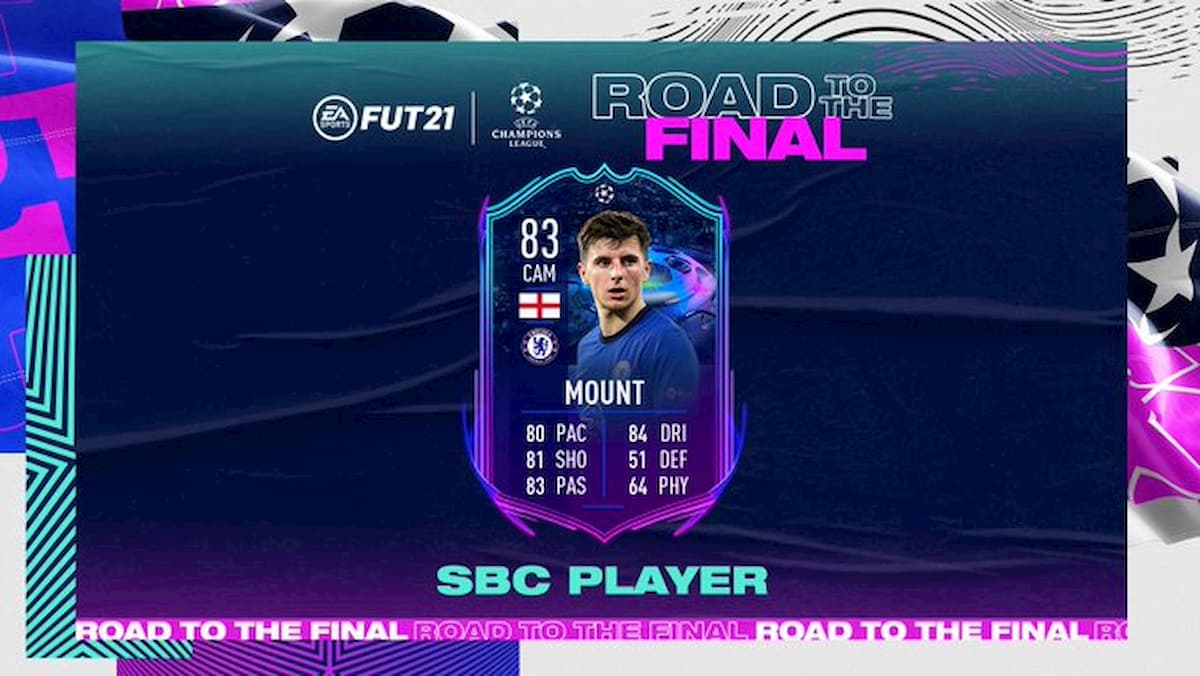 As part of the new UCL Road to the Final promo in FIFA 21, a new Squad Building Challenge went live on November 6. Chelsea midfielder Mason Mount is the reward for this SBC, but to acquire his untradeable 83 OVR promo card, you’ll have to complete two different parts of this challenge.

How to acquire RTTF Mason Mount

Much like many of the prior Squad Building Challenges, there are two separate parts to this challenge. For the first part, you will have to fill out a starting lineup that meets these requirements:

The reward for this challenge is a Premium Mixed Players pack.

While this challenge will be a bit difficult to complete thanks to the complexities of the first part of this challenge, the fact that you will only need a minimum of 50 Team Chemistry for the second part helps out a bit.

Here are a few players that can help you complete this challenge: