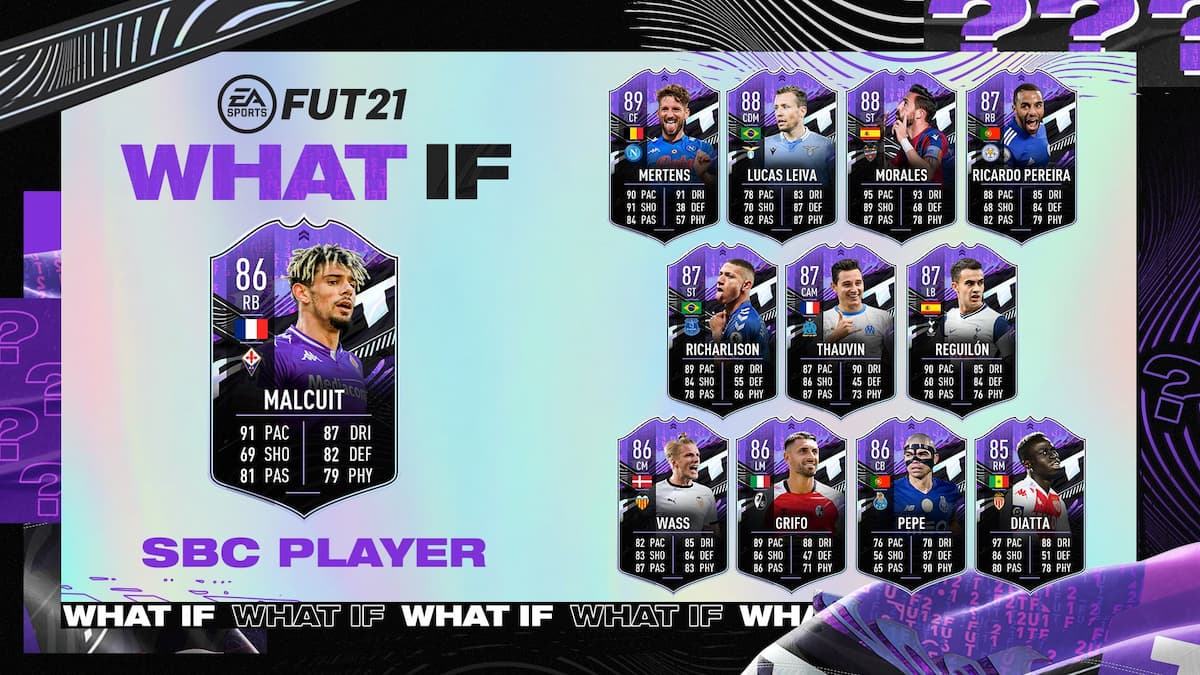 On March 7, EA Sports and the FIFA 21 team released yet another limited-time “What If” Squad Building Challenge. FIFA players can complete an SBC featuring French-born back Kevin Malcuit, who plays with Fiorentina in the Serie A. So how should you complete this challenge? Let’s go over the requirements, plus some solutions for the lineups that need to be completed for this challenge.

How to complete Kevin Malcuit SBC

For this Squad Building Challenge, FIFA players will need to construct two separate lineups of 11 players. Each lineup must adhere to a certain set of requirements. The two parts of this challenge go as follows:

Even though this card is just 86 OVR, the entirety of this SBC could cost you anywhere between 275,000 to 300,000 Coins. That price might be for a few reasons, namely the fact that Malcuit is a French back, something that’s been the rage in FIFA recently. Additionally, the fact that this card is eligible to receive a future upgrade probably adds another layer to the price.

Card information via FUTBIN. This challenge expires on March 12.