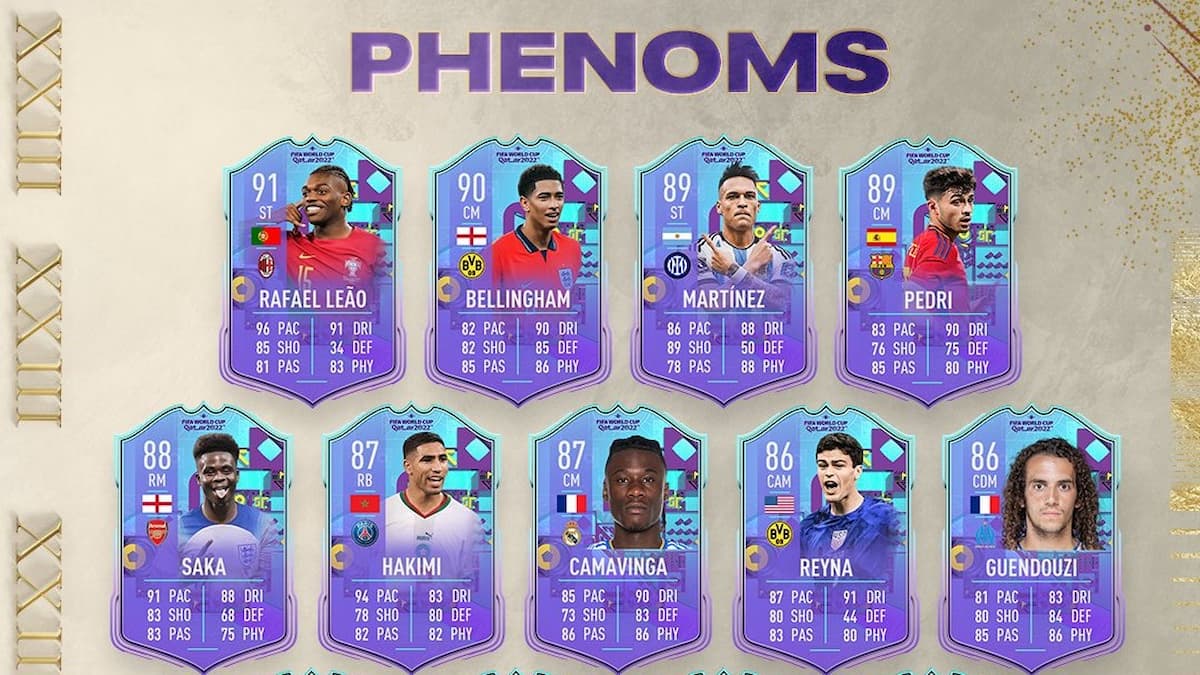 On December 14, EA Sports and the FIFA 23 team released a new World Cup Phenoms Squad Building Challenge. This SBC features a top Serbian footballer, Juventus striker Dusan Vlahovic. The 22-year-old is one of the key pieces to Juventus’ future, and FUT players can now add an 88 OVR player item of Vlahovic to their collection. How can you get this new card? Let’s take a look at the requirements, plus solutions that should come in handy.

To complete this World Cup Phenoms SBC, FIFA players will need to complete just one lineup. The lineup, which is set to the 3-4-3 formation, must meet the following requirements:

This SBC, in total, will cost around 65,000 Coins. This card does have very good stats for an 88 OVR. The face stats of 86 Pace and 90 Shooting should be enough to get the job done on the pitch. Not to mention, this player item also possesses 4-star Skill Moves & Weak Foot attributes. 65,000 Coins could be spent on much worse in FUT, though you will have to get creative with links if you’re not running a Serie A squad.

Here’s a look at a solution:

Card information via FUTBIN. This challenge will expire on December 21.