We have confirmed the voice cast for the English version of the Final Fantasy 7 Remake headed outside of Japan. Here’s the break down of who those voice actors are, and who they are playing.

Cloud is played by Cody Christian

The main protagonist of the game is Cloud. Cody Christian plays him, who is best known for his role in Pretty Little Liars as Mike Montgomery. He’s also shown up in other shows such as Teen Wolf, The Starving Games, and Kill the Irishman. This is Christian’s first video game credit, and as a younger actor of the cast, he plays a significant role, with likely a second on releasing in the future.

Barret leads an eco-terrorist group called Avalanche, where he wants to prevent the company Shinra Electric Power Company from using the planet’s primary resource as a source of fuel. He is played by John Eric Bentley, who is best known for appearing in Resident Evil: Extinction, Transformers: Revenge of the Fallen, and Independence Day: Resurgence. He has appeared in other video games such as Call of Duty: Modern Warfare and other titles in the franchise, Kingdom Hearts III, Marvel Ultimate Alliance 3: The Black Order, Red Dead Redemption II, and Halo.

Aerith is played by Briana White

Aerith is the last known of the Cetra, an ancient race of beings known who possess immense magical powers. She is played by Briana White, who is best known for her work on Criminal Minds: Beyond Borders, Popstar: Never Stop Never Stopping, and Spin. This is White’s first video game voice acting credit.

Tifa is played by Britt Baron

Tifa is an essential ally of the game. She’s going to serve as an iconic role as she works together with Cloud to take down the evil corporation. She is played by Britt Baron, who is best known for her work in GLOW, The Thing about Harry, Into the Dark, and Grey’s Anatomy. She has had other voice acting roles such as playing Livewire in Young Justice, Ada-1 in Destiny 2: Forsaken, Brittany Uomoleale in Dishonored 2, and as Linda-058 in Halo 5: Guardians.

Jessie is played by Erica Lindbeck

Jessie is played by Erica Lindbeck. Lindbeck has had a variety of different voice acting roles such as Black Cat in Marvel’s Spider-Man, Delaryn in World of Warcraft: Warbringer, Cheetara in ThunderCats Roar, Star Wars Jedi: Fallen Order, as Futaba Sakura in Persona 5: Royal, Coco in Code Vein, Rachel in Pokémon Masters, and many more.

Biggs is played by Gideon Emery

Biggs is one of the minor characters in the game, and he’s played by Gideon Emery. Emergy is best known for his roles in Teen Wolf, Daredevil, and Takers. He has had several smaller voice acting roles, such as the Foreman droid in Star Wars Jedi: Fallen Order, Nikto in Call of Duty: Modern Warfare, Darth Rivix in Star Wars: The Old Republic – Onslaught, and as Wilhelm Berg Crackdown 3.

Wedge is played by Matt Jones

Wedge is another minor character from the game. He’s going to serve as one of the AVALANCHE members who assist Cloud, and he’s played by Matt Jones. Jones has had several roles, playing Badger in the Breaking Bad series, Kyle in Home, Noah McNichol in Brightburn, and Nuber in F is for Family.

Heidegger is played by John DiMaggio

Sephiroth is played by Tyler Hoechlin

The final voice actor for the game is for the main villain, Sephiroth, and he is played by Tyler Hoechlin. Hoechlin has appeared in several television shows, such as Teen Wolf, 7th Heaven, Another Life, and plays Superman in the CW’s DC television series, such as Arrow, The Flash, and Superman and Lois. Final Fantasy 7 Remake is his first video game credit. 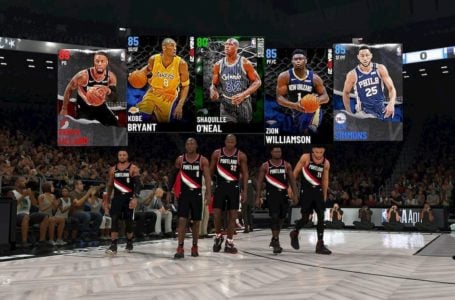