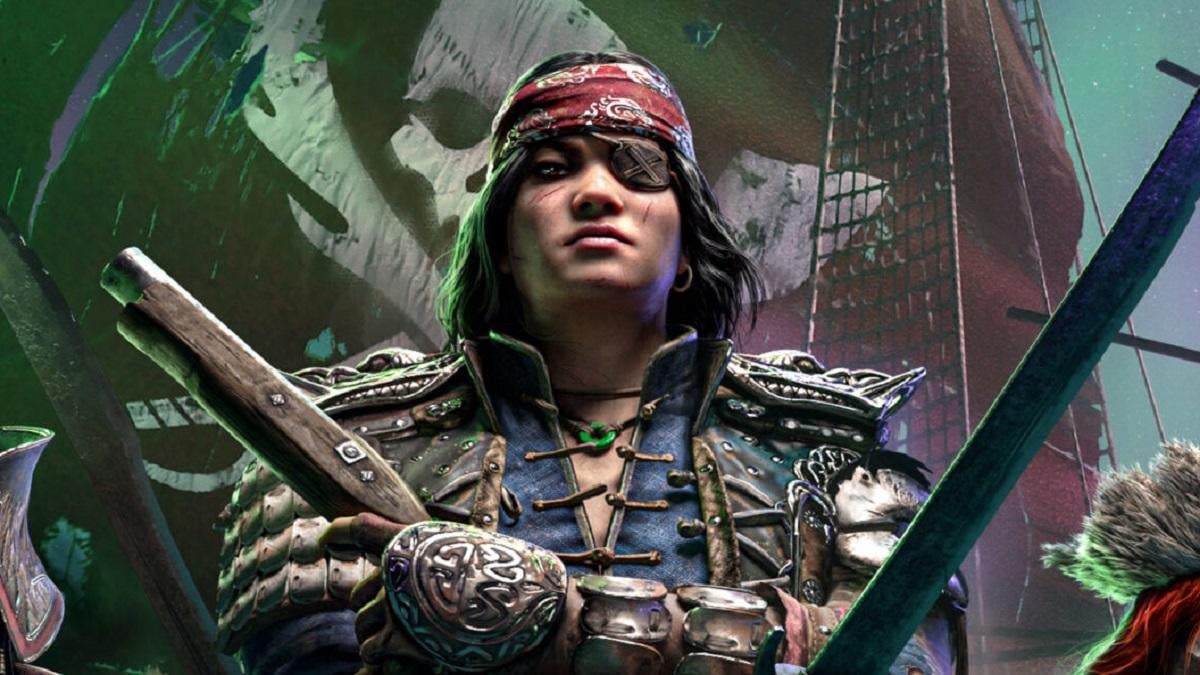 As long-time players can attest, For Honor is never perfectly balanced, but rather always in a state of flux, with certain characters towering over others in the competitive meta. Putting outliers back where they belong on the power curve is a delicate dance that Ubisoft has to perform on regular basis. While update 2.36 only touches three characters and one Feat, it is sweeping in the changes it brings. Below are the For Honor update 2.36 patch notes, as well as an overview of the reworks for Shaolin, Conqueror, and Pirate.

The first character targetted by this For Honor patch is Pirate, and the balance changes are mostly nerfs. Pirate players had enjoyed access to a couple of strong tactics that have very little counterplay, and Ubisoft is fixing the character’s abilities accordingly. The Grand Cavalier heavy animation is now roughly 10% longer, and Walk the Plank has been nerfed across almost every metric. It has a shorter range, it’s slower, and using it to set up Pistol Blast grants the target more Revenge meter.

Conqueror and Shaolin are being treated to much more sweeping and nuanced reworks in For Honor update 2.36, and emerge on the other side with noticeably different skillsets. Conqueror is no longer a single-purpose defensive powerhouse, and while it retains its strengths when outnumbered, it now has more options in one-on-one fights. Shaolin now has more ways to get into Qi Stance, and should have a more distinct identity on the For Honor roster. Overall, both characters’ reworks open up new ways to play them, although it may take some time for For Honor players to come to grips with the changes.

Below are the complete For Honor update 2.36 patch notes, including the developer notes. If you are interested in the technical side of the patch, you can review the bug fixes separately.

Developer’s Comment: These changes are targeted at specific areas where Pirate is outperforming other heroes:

Developer’s Comment: Conqueror was problematic in that the hero’s defense was very high but lacked proper offense outside of Shield Bash; we’ve focused on making the hero more viable in both 1v1 and group fight scenarios.

Developer’s Comment: Conqueror’s Full Block Stance was difficult to use; it was accessible only from certain states, drained stamina when blocking and gave Conqueror less Revenge while blocking attacks. We’ve adjusted the move so that it can now be used as a recovery cancel to catch opponents performing dodge attacks, as well as gave it better follow-ups to use based on the situation (group fight or 1v1).

Developer’s Comment: Flail Uppercut has changed its input through the Testing Grounds, and now ends up back on the Heavy button. It is now also available after performing Shield Bash (both from Dodge and in Chains) to give Conqueror a better followup to Shield Bashes, giving the hero more opportunities to execute opponents and better damage output in 1v1 situations.

Developer’s Comment: We’re introducing a new move to Conqueror to help the hero perform better in outnumbered situations – Scutage Collection can be used both after any Superior Block (including Full Block Stance and when Dodging) as well as after any Shield Bash; this lets Conqueror hit nearby opponents when surrounded (instead of being stuck with only Flail Uppercut).

Developer’s Comment: Conqueror’s Zone Attack was too defensive; players could use it in response to attacks at parry timing and either block the attack or hit the feint to Guard Break or light attack. In addition, holding Zone Attack was only truly useful due to the Superior Block function, and made Conqueror especially too strong and annoying in the minion lane. We’ve removed these properties but also improved how Zone Attack performs by making it do more damage, making it initiate chains and giving it better hitboxes to hit people around the hero better.

Developer’s Comment: We’ve standardized the damage on Conqueror’s top and side uncharged versions so they are in-line with other heroes. We’ve also lowered the amount of time Conqueror needs to charge the Heavies to make them easier to use. We’ve also removed the Superior Block property from this move; this property used to let Conqueror option select attacks.

Developer’s Comment: Conqueror’s Chained Heavy attacks did not prove to be threatening enough; by giving them the Unblockable property, they gain much more pressure. Their ability to be feinted now also lets Conqueror do feint-to-Guard Break to beat dodges and rolls, and their improved trajectories should help Conqueror perform better in outnumbered situations.

Further, the Unblockable heavies are meant to put more of Conqueror’s focus onto using the flail itself for offense.

Developer’s Comment: We’ve removed the ability for Conqueror’s Shield Bash to drain and pause stamina to make the attack fairer; previously, Conqueror could keep opponents out of stamina for a long period of time with Shield Bash. This is no longer the case. To compensate, Shield Bash now has better, dedicated follow-ups for both 1v1 and outnumbered situations, and the chained version can now be feinted for better mix-ups in 1v1.

Developer’s Comment: Shaolin’s revamp focuses on improving the hero’s flow, as well as getting better openers and more ways to get into Qi Stance.

Developer’s Comment: We’ve focused on making sure that Qi Stance attacks were more consistent, flowed better with Sweep and lets players perform more Qi Stance attacks than before. The new Sweep can always return to Qi Stance when players correctly read their opponents’ actions, Qi Stance Lights can now be used to initiate the Sweep in a more consistent manner and Qi Stance Top Heavy being Undodgeable means it will be more difficult to get random blocks when attempting to dodge Sun Kick.

Developer’s Comment: Shaolin’s side dodge attacks often felt stranded; while they are good dodge attacks, Shaolin’s flow stopped when performing these attacks. They now can both initiate chains and enter Qi Stance, giving Shaolin better flow and more opportunities to go on the offensive.

Developer’s Comment: Shaolin needed a reliable opener to both enter Qi Stance and engage in group fight situations – this move should help Shaolin perform much better in 1v1 situations where it should be easier to enter Qi Stance with this opener.

Developer’s Comment: Top Light should now be able to be used more reliably as an soft opener, while the Side Light openers have been updated to have their damage more front-loaded and deal slightly more damage with 2 hits than previously.

Developer’s Comment: We’ve changed how Shaolin’s Zone Attack functions. Previously, if the 2nd hit landed or was blocked, the 3rd hit was guaranteed to land – we wanted to update this functionality to make it clearer for both Shaolin and their opponents to deal with the attack. All 3 hits are now dodgeable or parryable, but to compensate we’ve increased the damage, improved the trajectories and let the move change targets in between hits for better minion clear and better performance in outnumbered situations.

Dev comment: Bloodlust was a very strong Tier 2 feat; by itself it wasn’t the most powerful feat, but combined with other feats (such as Pirate’s unique Tier 3 feat Trick Shot and Valkyrie’s combo of Javelin Toss + Bloodlust + Fire Flask) was too powerful. We’ve decided to reduce its effectiveness so it still is useful, but is no longer a mandatory pick for certain heroes. To compensate for the reduction in effectiveness, we’ve also lowered the cooldown of the feat so it can trigger more often.