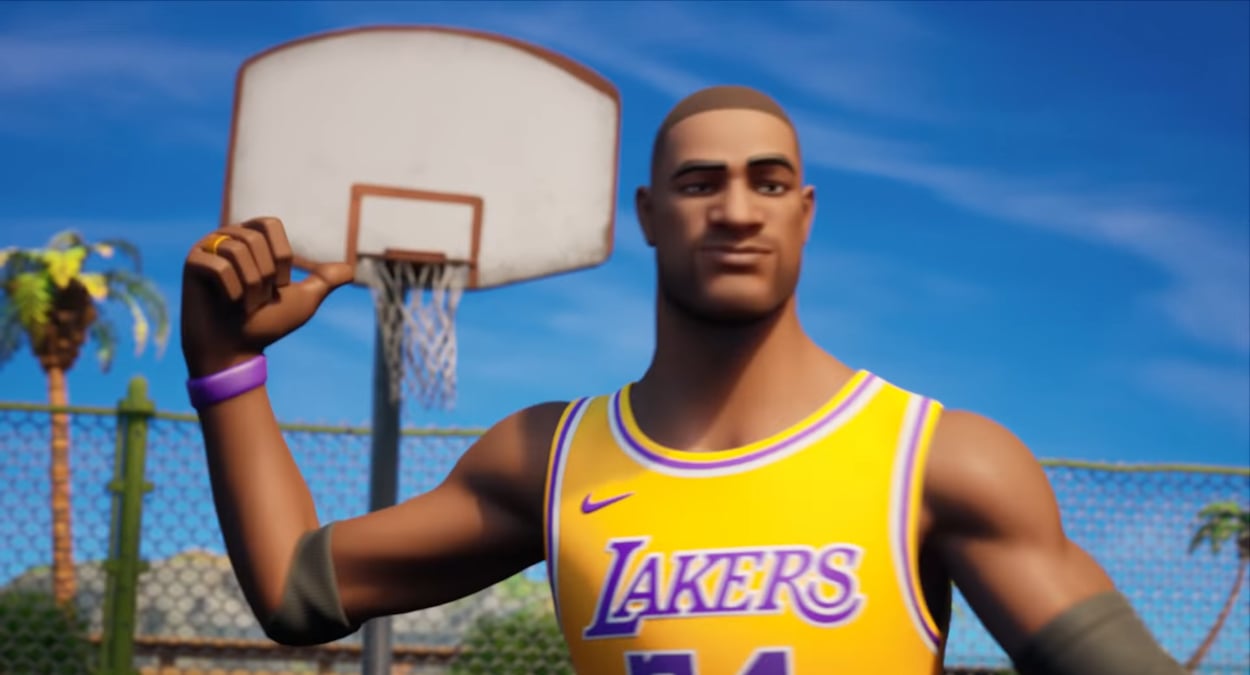 Fortnite has a fun mini-game to play in the creative mode called Court Crashers, in which the player has to propel themself into basketball hoops. At first, the NBA crossover mini-game seems daunting, but this guide will pick you up to speed.

What is the aim of the game?

You are either team East or team West trying to be the first to reach 1000 points to win. Players slip down a ramp to get enough momentum to lift off and jump into the hoops. Each hoop is scored differently. The one on the bottom (green) will give you three points, the middle (yellow) is seven, the third tier (orange) is 15, and the absolute top (blue) is a big ol’ 50 points.

Keep running forward and don’t get distracted in order to be as fast as possible. Keep in mind the boost tracks laid in front of you can make you almost as fast as Sonic the Hedgehog. In addition, there’s a left and right ramp you can slide on. This starts you off at a higher elevation. Instead of going forward, keep steering either left or right to reach this area of the map.

You have a variety of weapons and items at your disposal. Your pistol will propel you into the air three times, so use your shots wisely. Turn around and shoot from behind, maintaining your forward momentum; don’t shoot straight as you want to get higher and higher, not at the same height. The pistol also lets you direct your locomotion more clearly.

The shockwave bow can disorientate your rivals. You can use groove and chill grenades to throw them off too, but the offensive options are pretty much useless unless you’re a very skilled shot. The same goes for the grapple hook. We couldn’t use it on other opponents, but in theory, you could get a boost of momentum from the grappling method.

The second most important item to keep in mind is the bounce pad. You can collect it from the beginning of the ramp. Try to get in contact with one on the first jump. It’s vital if you want to hit the 50-point blue hoop as it gives you the last burst of energy you need to make it to the goal. Just launch the pad below you and bounce on it at an opportune moment.