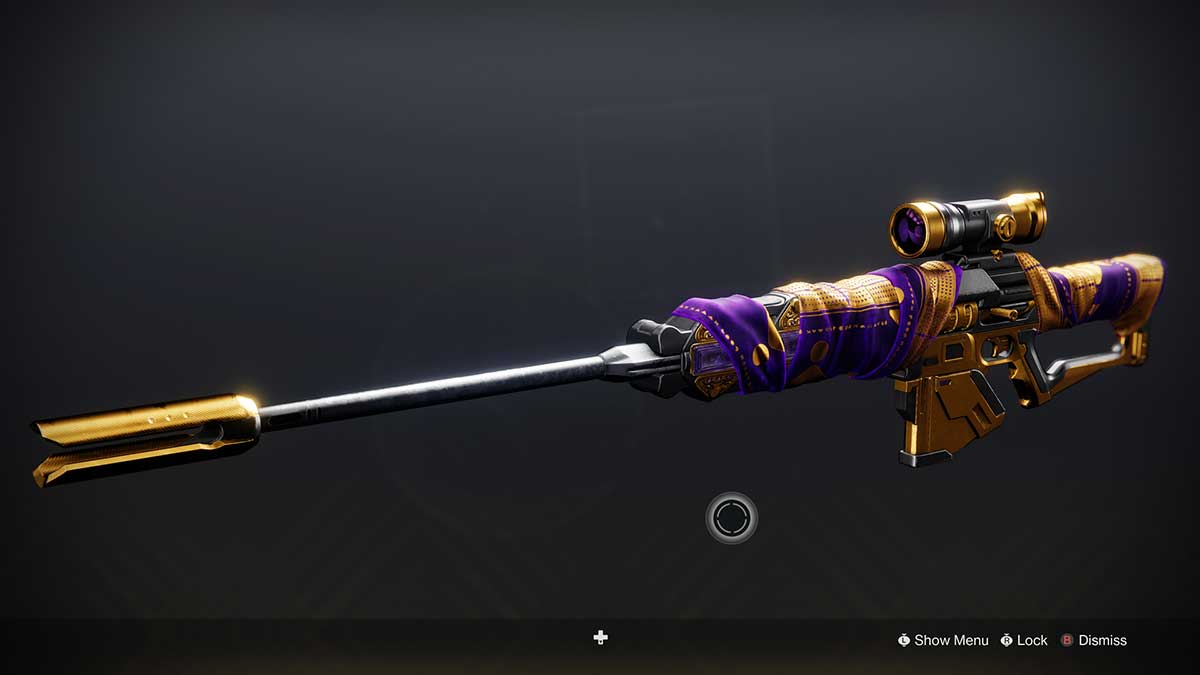 In a move to make Pursuit weapons more accessible in Destiny 2: Beyond Light, Bungie has opened up the quests for acquiring them. This becomes prevalent at the start of Beyond Light’s campaign when you head back to the Tower. Banshee-44 presents you with a choice of three quests, all of which award you with the Pinnacle Adaptive Frame Legendary sniper rifle called Adored. This guide follows the Gambit path, appropriately named “Gambit in Your Sights.”

As we mentioned, you can pick this quest up as soon as you enter the Tower after Beyond Light’s opening missions. Some of us actually played out the grind for this quest before finishing the brand new campaign. So don’t worry, there’s no need to finish all of the new stories if all you want to do is get a sweet new sniper rifle.

When you visit Banshee-44, he’ll offer three quests. Each one is focused on a different activity. The one we’re covering here is “Gambit in Your Sights.” Pick the quest, and move onto the next step.

There are two parts to this quest, and the first is a far longer grind than the second. To complete this first part, you need to do the following:

Some parts of this quest are easier to complete than others. We can’t provide the specific number of Gambit sniper rifle precision kills needed. It’s not totally clear how much of the required 100% each kill makes up. We tracked three weak enemies making up 1%, but this could vary with enemy types. What is clear is that you need a sniper rifle to earn progress at all. This might not be something you’re comfortable with, but if you’re committed, you can make it easier.

We picked one sniper rifle and played match after match. The best thing to do is use the ammo you start with after each death to secure a few precision kills. Try to pick off the weaker enemies of Blockers because they’ll go down in one hit.

Killing other players also counts towards this progress. So invade and get those headshots in, or kill your own invaders with a headshot. It’s all progress.

As for how long it’ll take you to get all of those precision kills, we managed to reset our Infamy rank in the time it took us. Don’t be disheartened, though, because it makes gaining three Infamy ranks, the second part of this quest, a breeze.

Finally, there are those points. This is the same as you’d expect it to be with any activity. Losses count as 1% progress, and wins count as 2% progress.

Once you’ve completed each of these three steps, it’s time for the second part of the quest.

Just as you think you’re done with Gambit, there’s more Gambit to play. We stomped this quest out in three matches, though. The tasks for you here are as follows:

Get back into the Gambit playlist and bring your sniper rifle again. Picking off 20 Blockers is very simple. Keep an eye on your team’s bank, and every time a Blocker appears, kill it with that sniper rifle. You’ll be fantastic at nailing things in the head by now, so you should be able to pick off the small Blockers from a distance.

With larger ones, get in close and deal some preliminary damage. Then finish them off with your sniper rifle. If you get a particularly long match, then you might end up killing all of the Blockers in one.

Killing five players with your snipe rifle isn’t as hard as it sounds. You can complete this by killing invaders, but they move a lot more than unsuspecting victims do when you’re the one invading.

Head through the portal as often as you can, and take sniper rifle ammo with you. We saved all of ours for invasions until we’d ticked off five kills, then moved onto the Blockers. You should be able to knock out this quest step in at least five matches, if not less like us.

We have a guide on killing players during Gambit invasions and getting a team kill here. It’s particularly useful for this step of the quest.

Once you’ve ticked those two boxes, it’s time to claim your reward.

Banshee-44 is in a bit of a better mood when you visit him this time. You get a nice bit of lore and can claim the masterworked version of Adored. This sniper rifle really is something to behold, draped in a tapestry-like an ancient relic.

The perks you’ll get on Adored are fixed, and they look like this:

Having acquired Adored, you may never want to play Gambit again. It’s definitely worth the work, though, especially when you take down a player in the Crucible who has just popped their super.