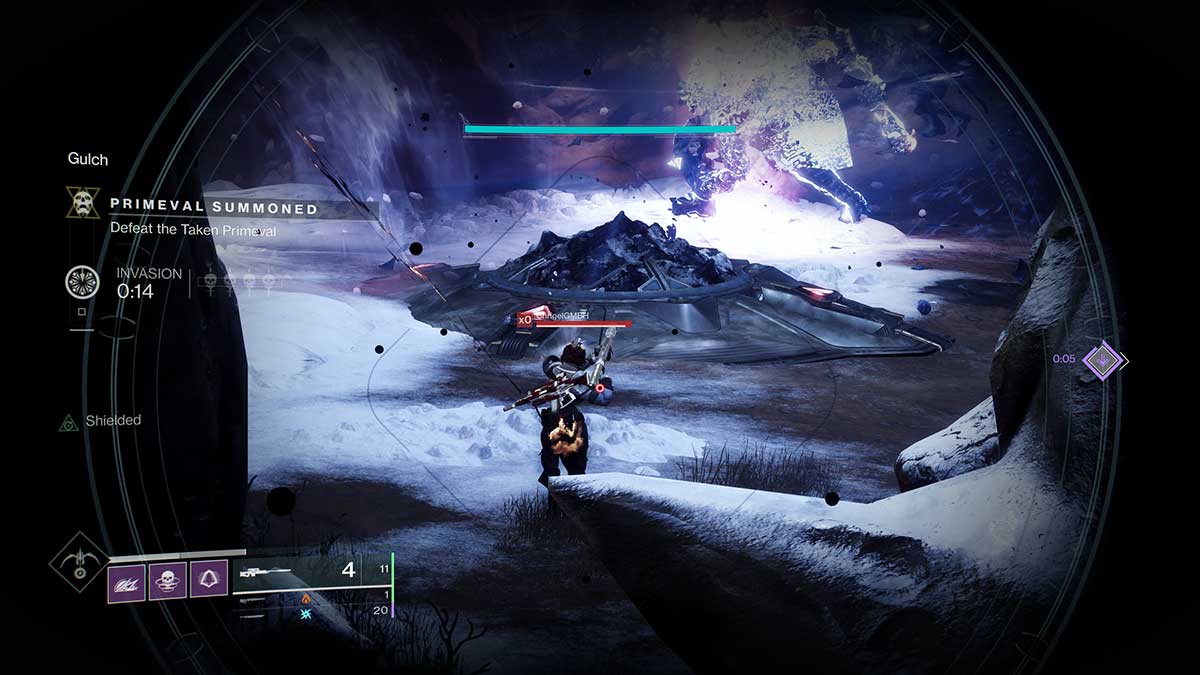 Gambit has changed for the better in Destiny 2: Beyond Light. Everything is streamlined into a single frantic round in which players hastily kill enemies, gather Motes to summon a Primeval, and kill it. The invasion mechanic remains an integral part of Gambit. With it, you can wipe out the entire enemy team, causing them to lose Motes, progress, and of course, heal their Primeval. That’s why we’ve put together our best tips for getting a team kill here for you.

There are three points on your team’s progress bar at which your portal will open. Not everyone likes to take advantage of it because they don’t want to return without a single kill. You don’t get good at invasions without practice though.

Each time that portal opens, you need to throw yourself through it and have a go at taking some Guardians down. Sprint towards the enemy, and try to take down as many of them as you can.

It might not always turn out well. Some players are extremely good at killing invaders. Every invasion is another lesson learned though, whether you see a better path through the map to take, or find a great sniper position that gives you a perfect view of the Mote bank.

Put yourself in their shoes

The best tip we have for hunting down enemy players during an invasion is to think as if you’ve been invaded yourself. We have hiding spots that we use to evade or trick invaders, and you probably have some of your own.

While it’s tempting to head for the player indicators on-screen, making your way through the map, passing as many hiding spots as possible can be hugely rewarding.

Use weapons you’re comfortable with

It doesn’t matter what type of weapon you have, as long as you have something. In fact, it’s better to train yourself to work with all sorts in the short window of time you invade for.

I’ve been throwing myself in with a combination of a shotgun, sniper rifle, and sword, all of which are fantastic for ripping apart the enemy team. Swords are especially good if you can get up close to the enemy without being seen.

Ultimately, you’ll have weapons that you prefer using. However, you should practice with as many as you can because you never know what quests and bounties will throw at you in the future. If you need to kill five players in a single Gambit match with a sniper rifle, for example, and you only use hand cannons and pulse rifles, you’re going to struggle.

It’s tempting to pop your super as soon as it’s fully charged. It’s a great way to complete bounties and just wipe out groups of enemies so that your team can hoover up the Motes.

We’d advise that you hold onto it though. Your super is a powerful weapon against the enemy team when used properly. The best time to use it is when you invade and see all four opposing players in roughly the same location.

Most supers can wipe out three players within a few seconds. With the new Stasis abilities though, you can freeze them all in place, giving yourself a few more precious seconds to take them out.

Once the opposing team has summoned their Primeval, it can be tempting to sit back and let them win. Don’t do this. Regardless of how close that team is to killing their Primeval, you can still win if you get a strategic team kill in.

The beauty of the Primeval phase of a Gambit match is that the portal opens up much more often. You can invade freely without needing to gather more Motes. Most players will focus on damaging their Primeval, forgetting that you can heal the opposition’s by killing enemy players.

This is the point we’d advise you to hold onto your super for. When the final quarter of the enemy Primeval’s health is slowly ebbing down, and all hope seems lost.

Jump through and run towards the Primeval. You can almost guarantee that this is where the enemy team will be, because everyone focuses on killing this final boss of the match.

Now you can pop your super, destroying two, three, or even for players at once. If not, there’s always the weapons you have to hand. Even if you just kill one enemy player, it’ll heal the Primeval enough to prolong the match, providing another opportunity to invade.

We’ve had plenty of close calls, when things looked bleak, only to turn the match around and win because of a team kill. Killing all four enemy players won’t fully heal their Primeval, but it will restore roughly three-quarters of its health. That’s more than enough if the three other players on your team are still battling with your Primeval.

Our final tip is probably something you do already. When you’ve invaded, or are surrounded by enemies, and you can see death staring you in the face, it’s time to use whatever quick attacks you have left.

This is when you need to pull out the panic grenade or melee attack. The melee attack comes when you’ve fired off a shot into an enemy player, can see their health is low, but have no more ammo to finish them off with. Spam the melee button and see what happens. Sometimes you’ll get a lucky knife throw in, others the melee will hit. The important thing is that you tried.

The panic grenade is slightly more strategic. We use it when we’ve run out of everything else. Jump into their air, as high as you can, scan the floor for the closest enemy player, and drop that grenade. As with the melee, sometimes it’ll land and kill a player, and sometimes it’ll bounce off harmlessly.

Good luck out there. Try to remember that invasions aren’t scary if you’re the one that’s invading.