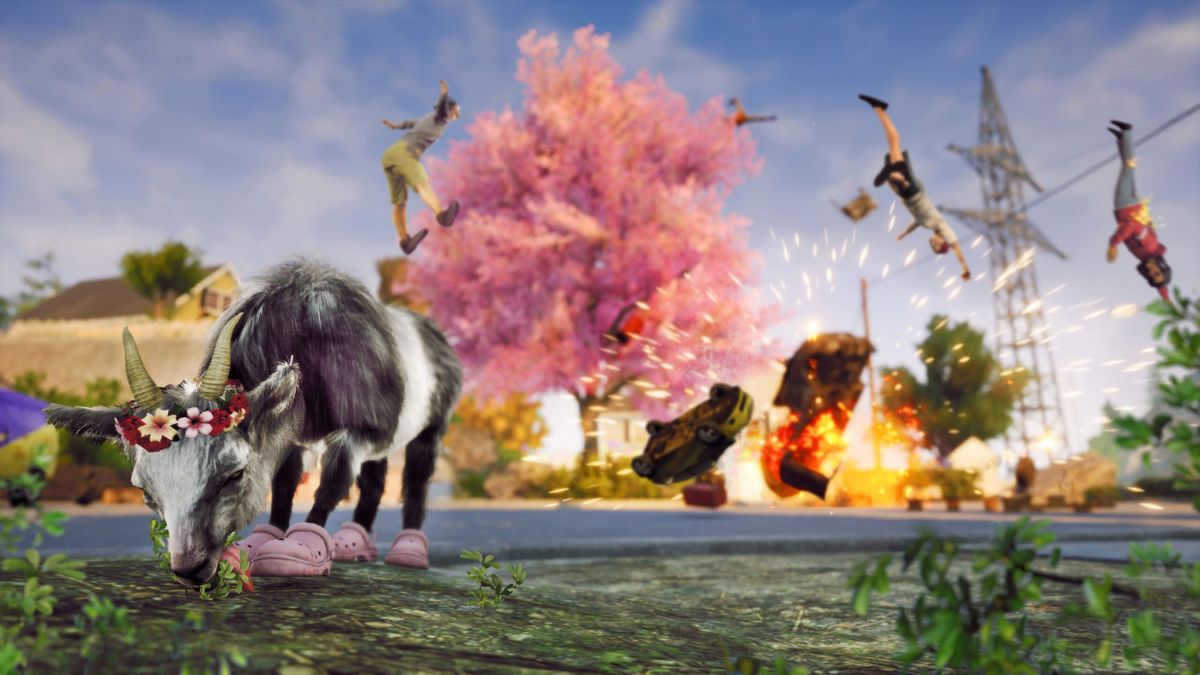 When Goat Simulator 3 was first revealed during the Summer Game Fest, its reveal trailer tricked many people into thinking that it was Dead Island 2. However, it was just a cleverly done spoof of the game instead. Goat Simulator is known for its humor and parodying other games — though whoever’s in charge of marketing may have taken it a bit too far this time around.

Related: Goat Simulator 3 is a massive dose of satire and mayhem wrapped in a lively furry package – Review

On December 19, Goat Simulator studio Coffee Stain North released a trailer on the game’s various social media accounts that used leaked Grand Theft Auto 6 footage. The trailer included an NPC named Shaun who said: “I’ve other stuff in the pipeline, other, big game worlds. You can actually see me in some footage that was leaked a couple of months ago.” Then, it showed Shaun in an edited clip from the Grand Theft Auto 6 leaks. The video has since been removed due to a report from a copyright owner, which was done by Rockstar’s owner Take-Two.

Related: GTA 6 fans have made a map based on the leaked gameplay

Early footage of Grand Theft Auto 6 was leaked back in September by a 17-year-old, who was quickly arrested after the incident and charged with two counts of computer misuse and two counts of breaching bail conditions. Take-Two has also been trying its best to keep the footage from getting out any further. So, with Take-Two’s actions toward Grand Theft 6’s leaked footage, it’s not a surprise that they would take down the newest Goat Simulator trailer. Even the studio behind Goat Simulator knows it messed up. After the studio’s video was taken down, it replied to the tweet with the “I’m in danger” meme. Whether the studio will face repercussions for their usage of the footage is yet to be known, but given their light-hearted reply, the likelihood of that happening appears to be small.