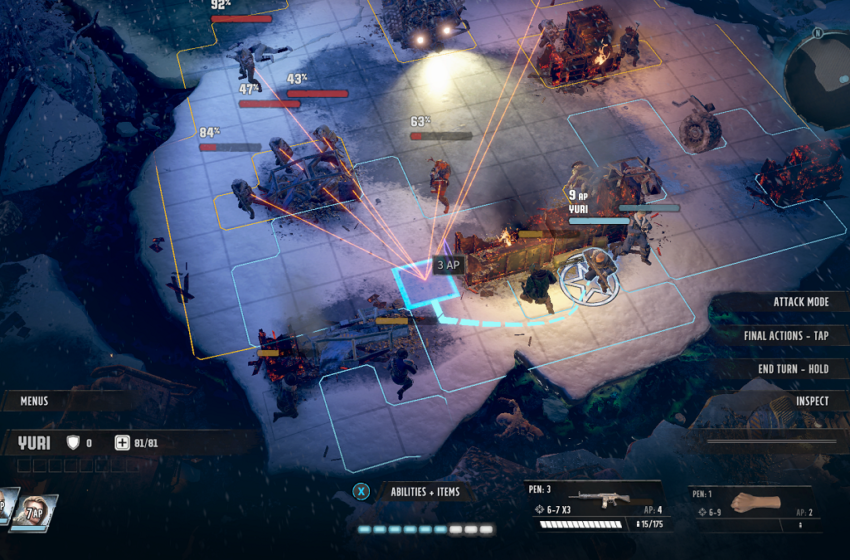 Action Points are Wasteland 3’s battle currency. During firefights, they enable you to move your squad members, attack enemies, reload, and prepare for the next turn. Knowing how to use them correctly can be the difference between victory and defeat. If you’re unsure about how they work, let us give you a few pointers.

Moving around the battlefield, to find better cover or to flank the opposition, costs Action Points. Moving your squad members over greater distances requires more points, so weigh up how far you want to send your characters before committing to spending them.

When you want to move a character, the battlefield’s tiles will change color based on that potential movement. Blue tiles are areas that you can move to and still have enough Action Points left to fire your weapon. Orange tiles are within a Ranger’s maximum movement, but they can’t attack once they move there.

When attacking, different weapons cost different amounts of Action Points to fire too. Sidearms and semi-automatic weapons can be fired twice per turn, while larger weapons, flamethrowers, miniguns, and rocket launchers, can only be fired once.

If you have Action Points left over before you end your turn, don’t let them waste. Instead, use the “Final Actions” button or key, located on the right of the screen, to bring up a new sub-menu. Final Actions help you prepare for the enemy’s next turn, and there are three choices available to you:

You can use the left thumbstick on your controller, or your mouse on PC, to select which option you want. Once you have, tap the A button on Xbox One, X on PlayStation 4, or left-click your mouse to confirm the action.