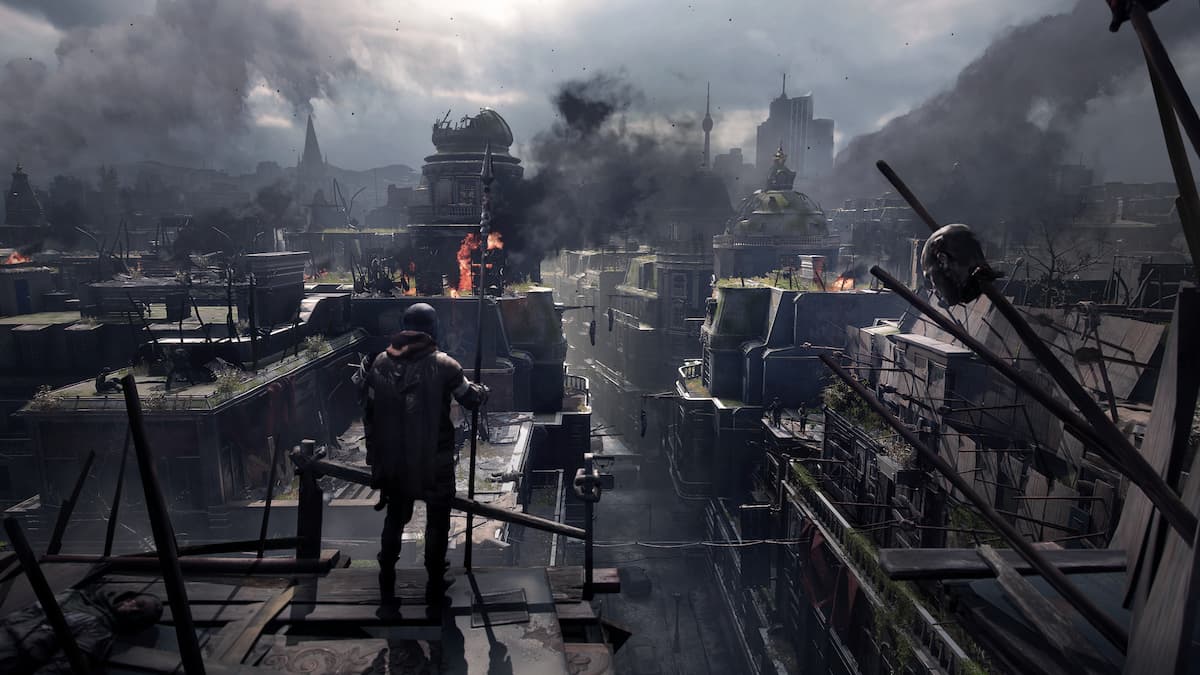 Techland has talked a lot about the size of Dying Light 2 Stay Human since it was revealed. The studio has even said that the game should take people over 500 hours of game time to 100% complete it. With that kind of time investment, you would think that Villedor is a massive city. So how big is the map in Dying Light 2 Stay Human?

Dying Light 2 Stay Human’s map may not be as big as you might have guessed, but it is still much bigger than the first game’s world. According to the developers, it is somewhere between six and seven square kilometers or a couple of square miles. Looking at it from the in-game map may make it feel smaller, but traversing the city and dealing with the verticality of the Central Loop makes it feel much bigger.

When you reach the Central Loop, you will see a bunch of skyscrapers, and some of them you can climb all the way to the top while ducking in and out of rooms filled with zombies. While the world is not nearly as large as games like Skyrim, The Legend of Zelda: Breath of the Wild, and Fallout 4, there is still plenty to see, and the city is a big enough playground to enjoy the parkour for hours.