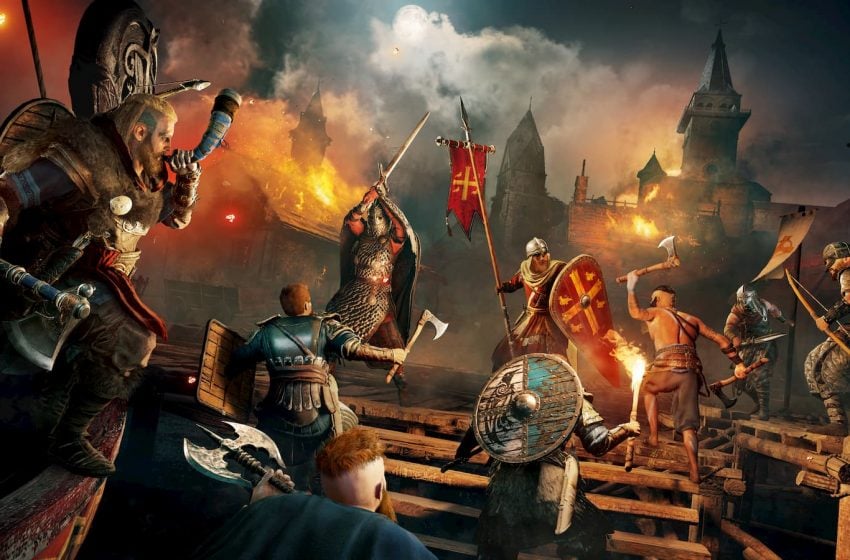 Assassin’s Creed Valhalla will put players in the boots of a Viking clan leader, and Ubisoft’s reveal of the game already gives us a pretty good idea of what that means. Playing as a Viking named Eivor, players will be in charge of making major decisions that will affect not only their own character’s story, but the fate of their entire clan.

One of the most important aspects of the clan that players will have control over is raiding, as it seems that the choice to go on a raid and your performance while on one will have big repercussions in the game’s world.

Assassin’s Creed Valhalla takes place during the ninth century, in a period of war and instability in your Viking’s homeland of Norway. During the events of the game, Eivor will take their clan away from Norway to find a new home where they can be more prosperous. They settle on England, taking ships full of settlers to take over the more fertile lands they find there, but unfortunately for everyone involved, those lands are already occupied. That’s where Assassin’s Creed Valhalla’s raids come in.

Related: Who is the main character of Assassin’s Creed Valhalla?

From Ubisoft’s description, it seems like resource management will play a key role in Assassin’s Creed Valhalla. Presumably, you’ll need to keep a steady flow of resources coming into your upstart village to keep you people happy and healthy. One way to do that, perhaps the only way, is by leading raids.

Ubisoft hasn’t shared the full details on how raids will work yet, but it’s clear that they will involve loading warriors into your longship and sailing to areas with more resources to try to plunder them for yourself. Of course, you’ll first have to defeat whoever is currently holding them, whether they’re in a rival village or a fortified stronghold. Ubisoft describes Assassin’s Creed Valhalla’s raids as “more action-packed and brutal than anything Assassin’s Creed has seen before.”

The actual mechanics of Assassin’s Creed Valhalla’s raids haven’t been revealed yet, but Ubisoft says it will use the game’s revamped combat, which includes dual-wielding weapons and “a greater variety of enemies than ever before.” It’s unknown the extent to which Assassin’s Creed Valhalla will bring in online elements, but it will be possible to send customized Viking warriors from your own clan to help friends in their own raids by connecting to the internet.