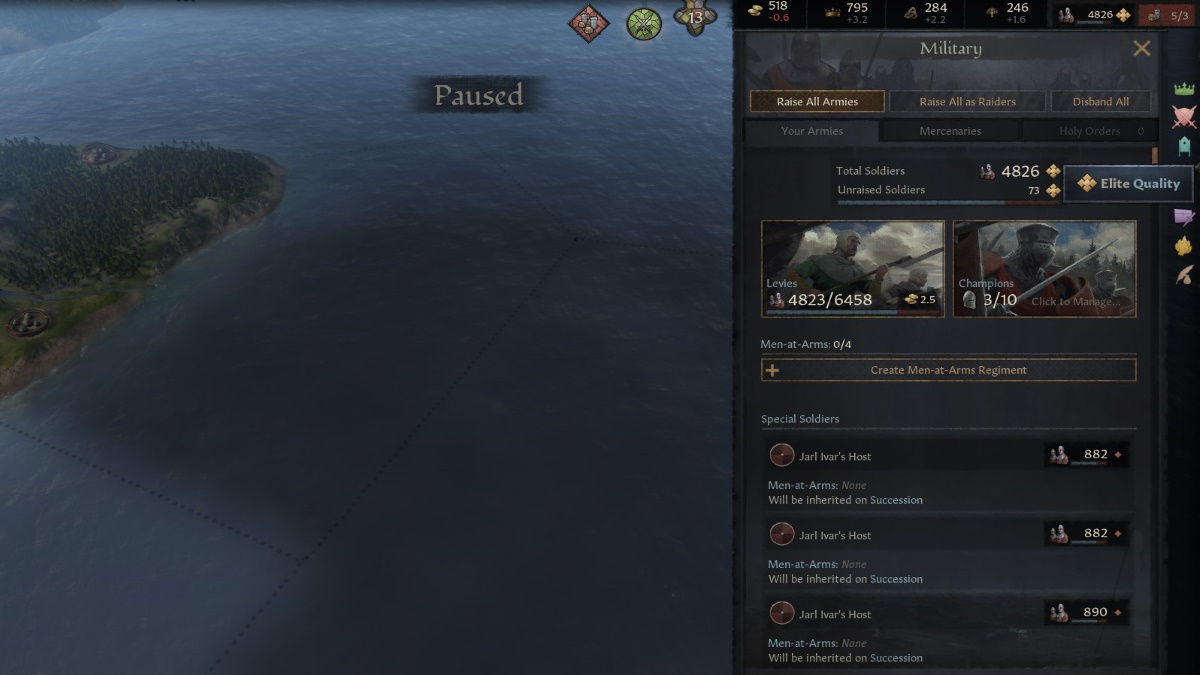 In Crusader Kings 3, the size of your army usually determines the overall outcome of a battle. However, the army’s quality also plays into effect. It dramatically determines if a smaller army can defeat a larger one that has a lower quality. The way an army’s quality improves is by the type of soldiers you have in that army, or if they are mostly levies, which are farmers, and commonfolk who are used to holding pitchforks than swords.

Before you raise your army, there is a small indicator showing how many levies you summon at the top right of your screen. It’s next to your domain limit. The symbol next to the number of levies shows the overall quality.

You can increase the number of having more knights in your military or create men-at-arms regiments in your army. Men-at-arms usually have a gold or prestige cost, depending on your faith. While they seem costly, having 100 of them amongst your 2,000 levies can significantly increase their overall quality, giving you an advantage against enemy armies.

Try having different men-at-arms units at the ready. These give you distinct advantages and can counter companies an enemy’s army might have. For example, Landsknechts counter spearmen, light cavalry, and heavy cavalry. Make sure to keep these choices in mind when dividing your armies to fight two different battles.