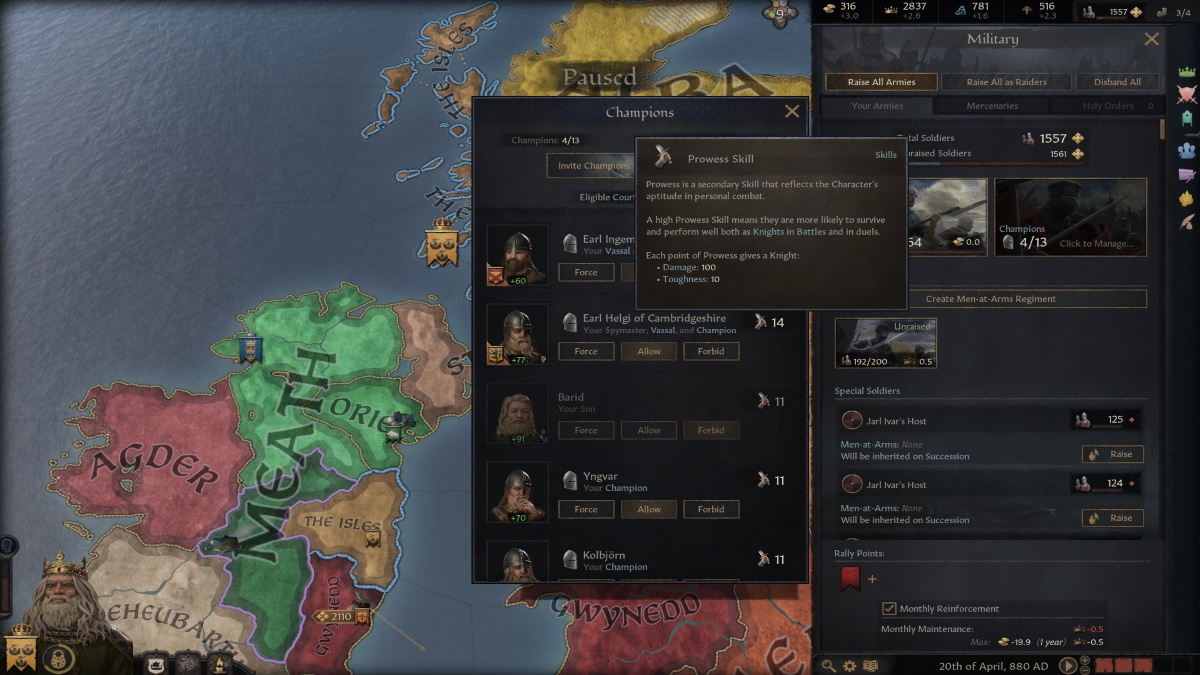 A character’s combat prowess in Crusader Kings 3 determines how effective a fighter they are on the battlefield among the traditional soldiers. Having a handful of useful knights can turn your army’s quality from a lower band of levies called together to fight for your empire to a powerful, elite class of warriors capable of taking on robust numbers. The higher army quality you have on your side, the more effective your armies will be, and knights are a good way of boosting your numbers.

All characters in Crusader Kings 3 have a combat prowess. You can find it by clicking on their profile. Next to the other notable stats, underneath the character’s traits and characteristics, is represented by a hand wielding a sword. An average combat prowess rating for someone to have is around 10, but most characters won’t have this.

Each point of a character’s combat prowess increases the amount of damage they do to the enemy army by 100, and their toughness 10. A higher toughness means it takes longer for them to suffer a damaging injury during combat. For example, a single levy soldier has 10 toughness. If your champion has 17 toughness, that means they can do 1,700 damage in combat, and they have 170 toughness. It makes them incredibly powerful, but they are still only a single individual.

You want to be careful when having particular characters as knights in your army. When they go to battle, it does mean they can suffer harm when battling others, or worse, perish. If they were a powerful vassal with claims that you want to keep to your realm or have high stats on your council, they’re gone, and you need to replace them or deal with their heir. Having an annoying vassal serve as your army’s knight is an excellent way to kill them off without having to craft a scheme against them, though.