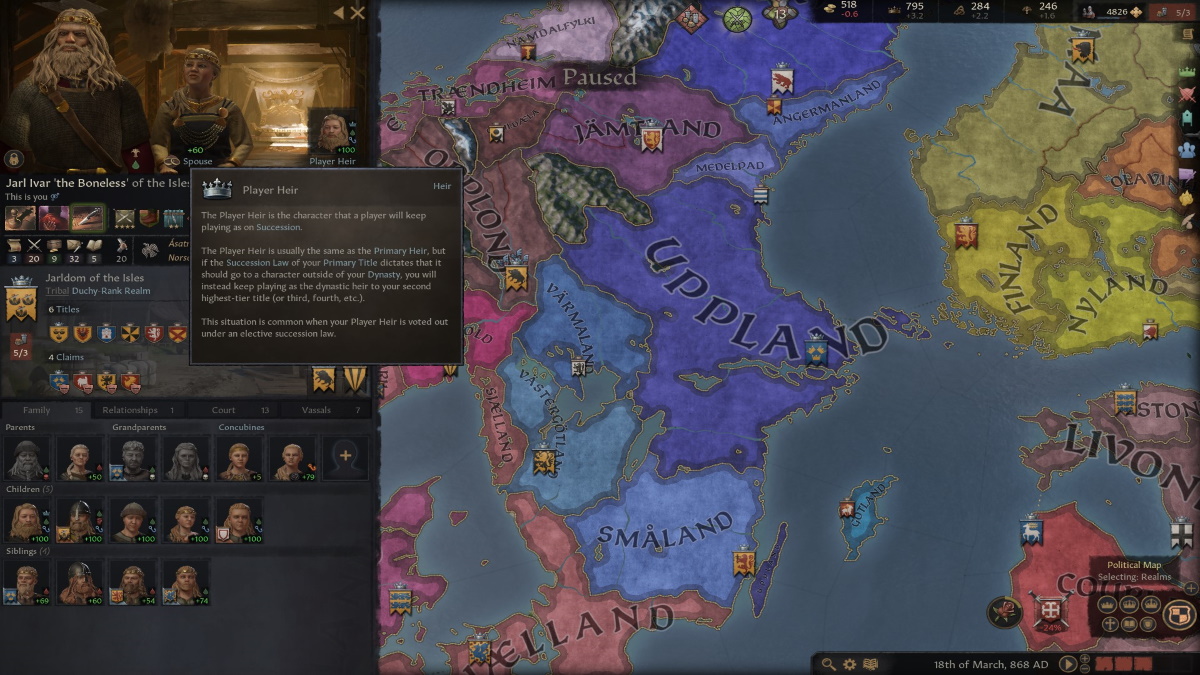 Succession can be extremely tricky in Crusader Kings 3. Your successor is the heir that will gain all of the titles your primary ruler owns when they die. Usually, it’s a chosen child that your ruler had molded since they were born, and they will gain everything that the rightful ruler owned before they died. However, due to some succession laws, not everything is clear cut. Your heir’s brother might be obligated to a small title and even become powerful enough to take it away, no longer being a vassal to your new character’s primary heir. It can be tricky, but as long as you keep everything within your family.

To find out who your heir is, click on your character, and you should see who is it on the bottom right of where you see your character’s portrait while they stand next to their spouse. It should say Player Heir underneath their avatar. When your ruler dies, you become that person, and you gain all of the titles that are allowed to them. What they receive all demands on your society’s law of succession.

You can view your realm’s succession laws by clicking on the green crown icon on your UI’s top right. It should be the third available tab on the menu. It shows you who your heir is, what titles they will lose upon their succession, what elections they are apart in once you pass, and everything they own. There’s a lot of information here that can feel pretty overwhelming.

Your culture also determines how succession works, and changing the laws costs prestige. For example, if you are a tribal ruler, you can only choose to go with Confederate Partition. You cannot select a single heir succession or modify the multiple heir succession. You are locked into this option. It doesn’t how much prestige your ruler has. It’s a good idea to reference your realm category’s succession options to investigate if you can modify things. Most of the time, you’re locked into the current rules, and changing it can upset many vassals or some of your children.

To ensure the heir, you want to receive the most titles from your current ruler and create various titles. You can do this by conquering specific provinces that consist of particular De Jure or Kingdoms. Making a title costs a great deal of currency, but it gives your ruler a large sum of prestige in the process, and it increases the chances of your heir keeping more of the land you worked hard to control.