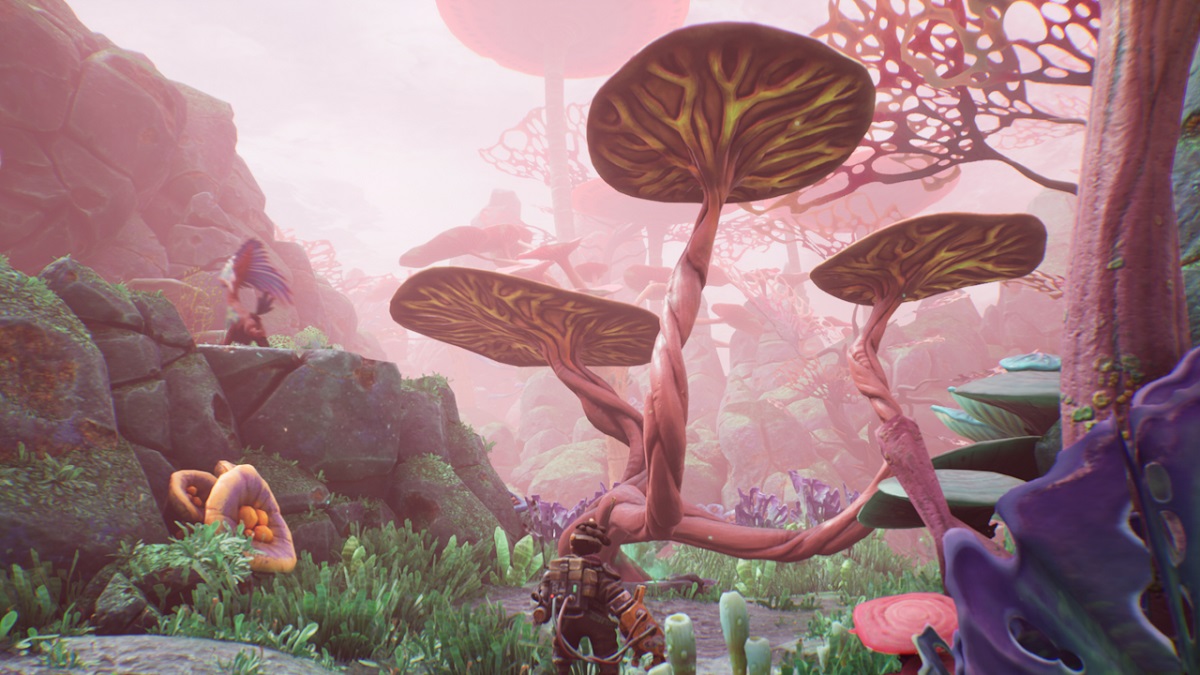 Thunderful’s Xbox exclusive The Gunk takes players to a mysterious planet infested with a malicious dark substance. However, when you reach the credits, you may be disappointed by how long it is.

The Gunk takes around three to four hours to complete, dependent on how much you explore and how long you’re stuck on puzzles. This playtime makes for eight chapters if you want to keep track of your completion. Eight chapters may seem like a short amount of content, but first, this is an independent game with gorgeous visuals, and second, the game does feel derivative after an hour.

On this journey, you are using your power glove to pull in the mysterious substance, the gunk, to clear the path forward. You also need to craft upgrades using the resources you collect from the environment. There is an underlying story that’s intriguing, but as the game feels repetitive after a while, it might be best in short doses.

There is no multiplayer mode planned for The Gunk as it’s a single-player-focused game. It’s the three or four hours of story, and that’s it. There’s also a lack of collectibles in the game. You can scan all of the objects in the game, which can be intriguing as they provide world-building, but there isn’t anything to pick up like voice logs or costumes for the protagonist Rani. On the other hand, you can make all 15 upgrades in the game.