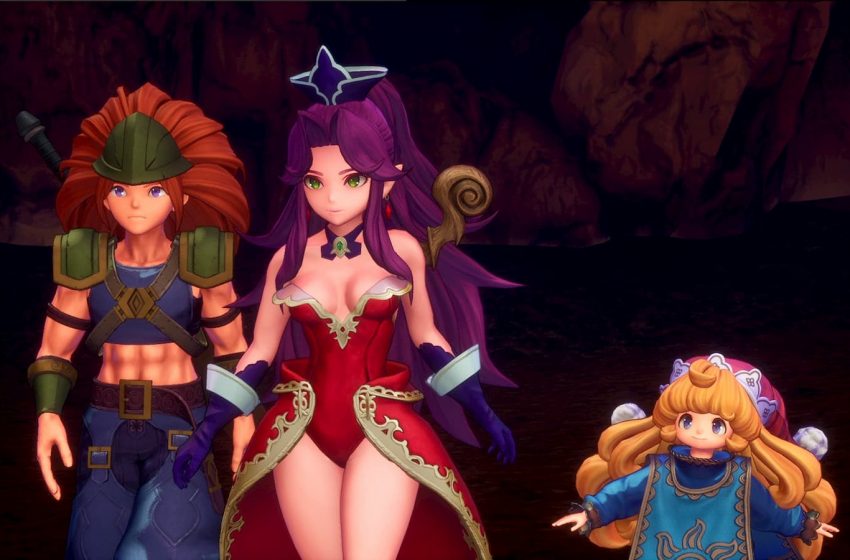 Trials of Mana takes the third game in the Mana series, which was only released outside of Japan in 2019’s Collection of Mana, and gives it a whole new life with a 3D third-person perspective and a new combat system. With the release of this fully remade entry in the series, fans may be wondering how long the fantasy epic will take them to complete.

While it’s full of collectibles to find, rare gear to acquire, and several class upgrades to achieve, Trials of Mana isn’t packed full of side quests and optional activities like many JRPGs. That being said, Trials of Mana does have a pretty extensive main story that will take players quite a while to complete.

According to developer Square Enix, Trials of Mana is intended to take 25 to 30 hours to complete, though it’s quite possible to beat the game a little bit quicker if you aren’t searching out optional collectibles or grinding levels. The game also has a selectable difficulty, which means that players who put it to the lowest difficulty may breeze through it in an even shorter time than those who play it on the hardest mode.

Related: Does Trials of Mana have multiplayer?

That’s just taking the main game into account, though. Once the main story of Trials of Mana is complete, it actually offers a brand new end chapter with a new boss and high-level classes to find. If you take this bonus chapter into account, Trials of Mana’s full time to beat gets much closer to the 30 hours suggested by Square Enix, or even longer if you want to find every hidden item in the world.

If that still doesn’t sound like quite enough bang for your buck, Trials of Mana has a New Game Plus mode and a good reason to come back for a second playthrough. Since there are six possible party members and only three available character slots, you can play through the game twice with a completely different set of characters and see a whole different side to the story. On top of that, each character has branching class upgrades, meaning that you can’t play every class available to any given character in just one game.

If you really end up enjoying Trials of Mana and want to see everything it has to offer, it could easily end up lasting you much longer than one run-through the campaign.