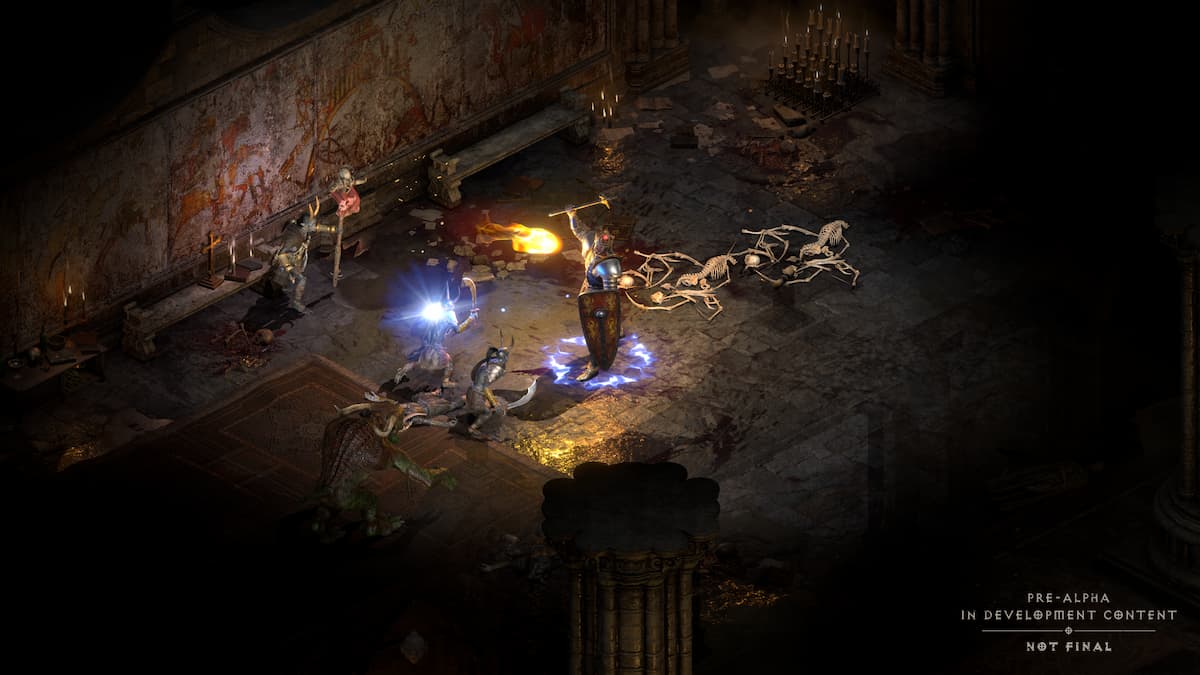 All classes in Diablo II: Resurrected

The Amazon class is a damaging dealer who can focus on a single target or spread out to various opponents. You can choose to use a bow to remain at a decent range when fighting or javelins. Other players typically lean into this character’s magic or go straight into a fight with a spear. For those who find themselves playing a hybrid class, the Amazon melds with the player.

The Assassin was originally a class introduced in Diablo II’s expansion, Lord of Destruction. It will be returning in Resurrected and is available for every player. This class is a fantastic damage dealer, capable of using a unique weapon called the claw. An Assassin was also capable of locking any locked chest in the game, whereas other classes had to use a key. Many players created builds that relied on the Assassin using all of their traps, capable of using various elemental attacks with them.

For those who prefer sticking to close range in battles and using a wide variety of melee weapons, the Barbarian is an expert in all of them. They have a battle cry to boost their attack prowess, increasing their combat efficiency. They could further boost their attack powers by summoning totems to augment their strengths. They were also capable of dual-wielding any melee weapon they wanted, which was unique compared to the other classes.

Like the Assassin, the Druid was a new class introduced in Diablo II: Lord of Destruction expansion pack. It was a spellcaster capable of performing multiple other classes, such as the Necromancer, Paladin, and Sorceress. It was seen as one of the more balanced classes, with more players preferring to use it for its summoning or elemental skill tree.

Do you want your fallen foes to fight for you? The Necromancer can bring back dead enemies to battle, using them as an overwhelming force, but it requires a lot of micromanagement. For anyone who struggles with micromanaging a lot of details in a 2D space, you’ll have plenty of trouble with it. Alternatively, you can go with the poison and bone skill tree to deal a lot of damage to your enemies.

If you preferred fighting in melee range but wanted to perform various spells still, the Paladin is a good hybrid class. It’s capable of rushing straight into a fight and then perform several spells against enemies to keep them pinned and in range. Many of your spells are defensive or offensive auras, so you’ll be stacking a lot of abilities to whatever attacks you’ll be doing with your party.

The Sorceress is a class broken up into three elemental spell categories: Cold, lightning, or fire spells. Each of them capable of performing high amounts of devastation to your enemies, but if any of the Sorceress’ enemies get too close, they’ll be able to rip her apart. She’s not the best in close range, so you want to remain at a distance unless you build her into it. The Sorceress’ spells are capable of dealing large amounts of area of effect damage, perfect for remaining in the back and destroy enemies while being protected by a sturdy frontline.