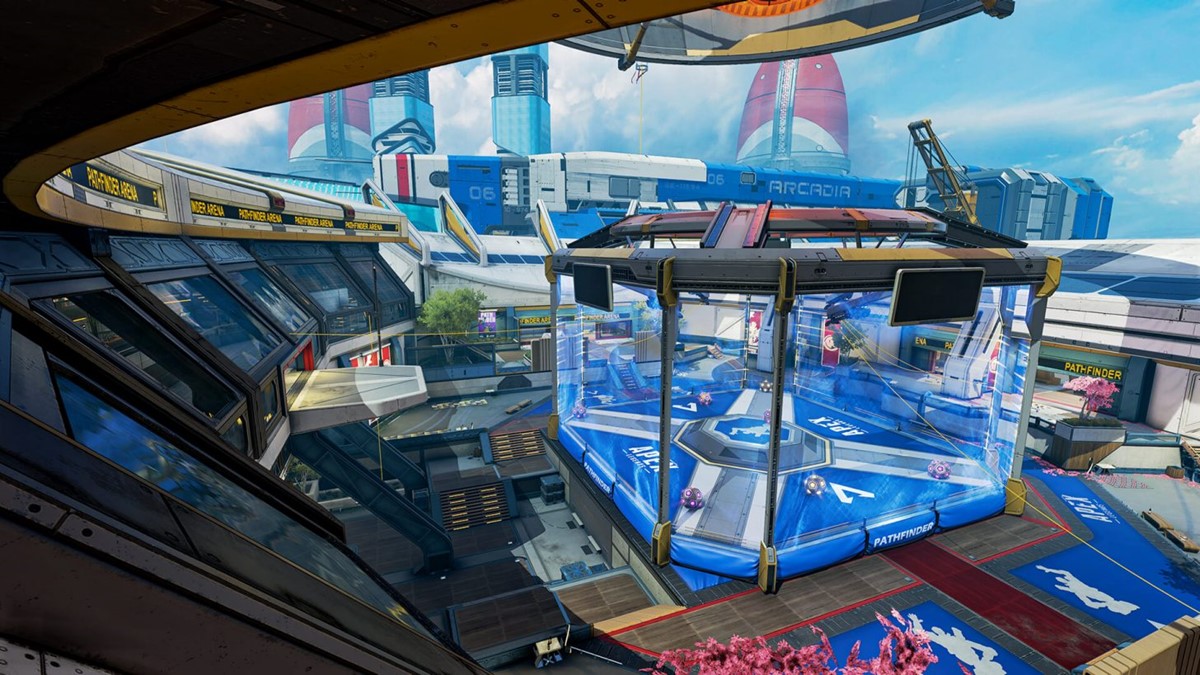 The Fight Night Collection Event is bringing plenty of new content to the game, but the crown jewel of the event is Pathfinder’s Town Takeover. This is the first Town Takeover on the Olympus map, and it will be replacing the Common-tier, non-map location Cargo Hold, which sits smack in the middle of the four other major Points of Interest (POIs): Docks, Central Turbine, Arcadia Supercarrier, and Power Grid. The new POI is named for the event itself, Fight Night.

The Fight Night Town Takeover is a large stadium called Pathfinder Arena with high rafter seating, as well as some lower nooks and crannies. In true Pathfinder fashion, there are some ziplines in the stadium, and a fair amount of them lead to the melee-only brawl ring.

Fighting in the ring

Once you enter the cage, you have no gun access and no abilities. In the ring, it’s just you and your fists. There is no set limit on how many players or teams can enter, so theoretically, all 60 players could drop in at once and have a mosh pit-style punch down until only one squad is left standing.

Jumping, dodging, sprinting, and landing a perfect hit will do players well in the arena, as they are the only skills you can rely on in hand-to-hand combat. That said, where and how you enter the ring will also help or hurt your chances of victory. If you can enter on a zipline, you probably should.

Looting in the ring

While you cannot use guns in the ring, looting works as usual, and you can leave the ring pretty geared up. In addition to the death boxes that your reign of fists and fury might leave behind, there are also some cargo bot-less Loot Rollers you can destroy to get more high-tier loot. If you want to get these, though, you will most likely have to drop there, as they will go fast.

Overall, this Town Takeover has a lot to offer, and it will make this section of the Olympus map a much more crowded and dangerous spot to land and explore.