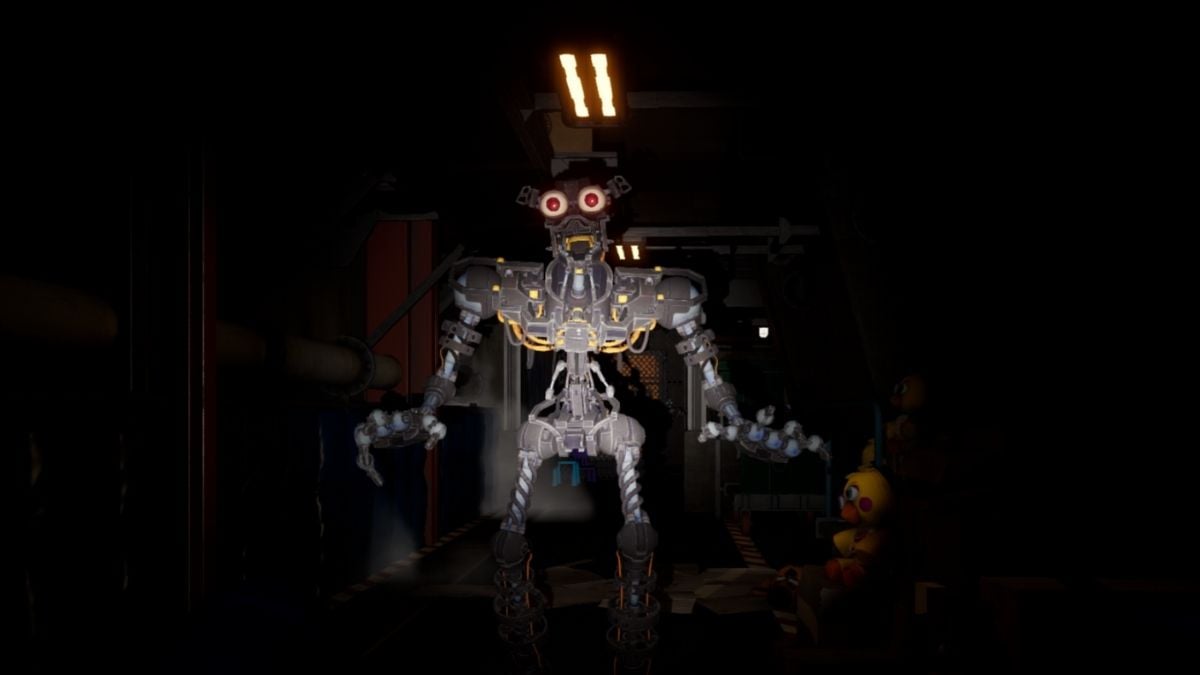 Animatronic endoskeletons are some of the most annoying enemies you will face. These creepy figures are the innards of the normal animatronics you see walking around. Where there was once a hard shell that was coated to look like an 80s pop star, is now a walking mass of wires with piercing red eyes. Here is how you avoid animatronic endoskeletons in Five Nights at Freddy’s: Security Breach.

You won’t come face to face with an endoskeleton until you’ve made it past the part where Freddy gets kidnapped by Moondrop. Desperate to rescue Freddy, you need to raise your security clearance, and the only way to do that is to make your way through a maze of endoskeletons in the basement.

Endoskeletons work a lot differently than their fully fleshed-out counterparts. For starters, endoskeletons don’t move (at least not right away). While normal animatronics will constantly be on the move searching for you, endoskeletons stand still and let you come to them. Whenever you are watching them, they pay you no mind and won’t move. Whenever you turn your back to them, they will quickly run up on you.

The best way to avoid getting caught by an endoskeleton is to keep your eye on it as much as possible. Since they don’t move when you are looking at them, try your best to always be looking in their direction until you have to move. Remember, you don’t need to have your flashlight on for them to know you are looking at them. If you want to conserve battery, turn your flashlight off until you turn to run away.