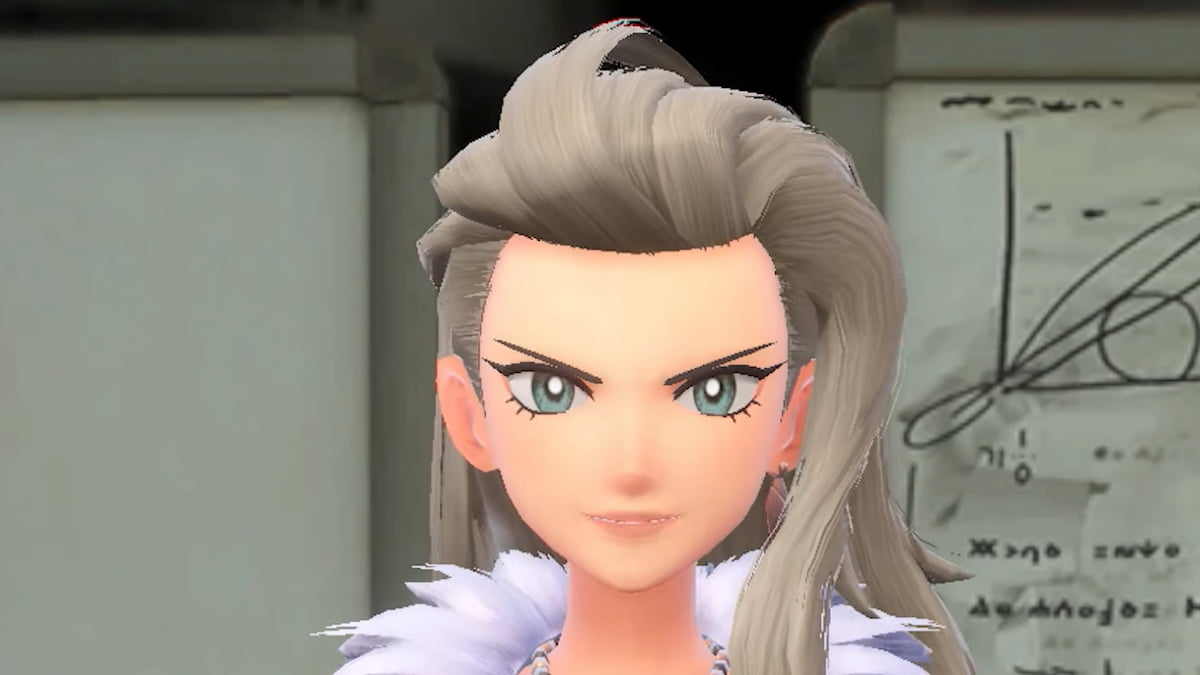 Pokémon fans all over the world swooned when Professor Sada made her debut in an early Pokémon Scarlet and Violet trailer. She was unlike any professor ever in the series, with a look heavily inspired by the past. In fact, you find out during your journey that she is focusing on researching the past. What you don’t know until much later though, is that one of the final challenges in Pokémon Scarlet is to defeat an AI version of Professor Sada in a Pokémon battle. AI Sada has some tough Pokémon from yesteryear, so here is how to overcome them.

AI Sada’s team consists of Pokémon Scarlet’s exclusive past Paradox form Pokémon. Trainers should make sure to have a strong Fairy type Pokémon as well as a good Flying type one. Tinkaton is especially useful because it can sweep all but one of AI Sada’s team. Kilowattrel is a fast and effective Flying type for this encounter as well.

For backup, make sure to have a good Ice type as it can shut down several of her team as well, including the only one Tinkaton is weak against. Starting with a Flying type is advised as AI Sada’s first Pokémon is Slither Wing, which has fighting moves that could hurt Tinkaton.

Roaring Moon is AI Sada’s highest level Pokémon and might seem intimidating, but it has a double weakness to Fairy, meaning it should go down pretty easily compared to some of her other Pokémon.

Provided you come prepared, AI Sada is not that difficult of an encounter. Many of her Pokémon share common weaknesses that are easy to counter at this point in the game, and your Pokémon might even be at a much higher level than her team if you did enough exploring throughout your journey.