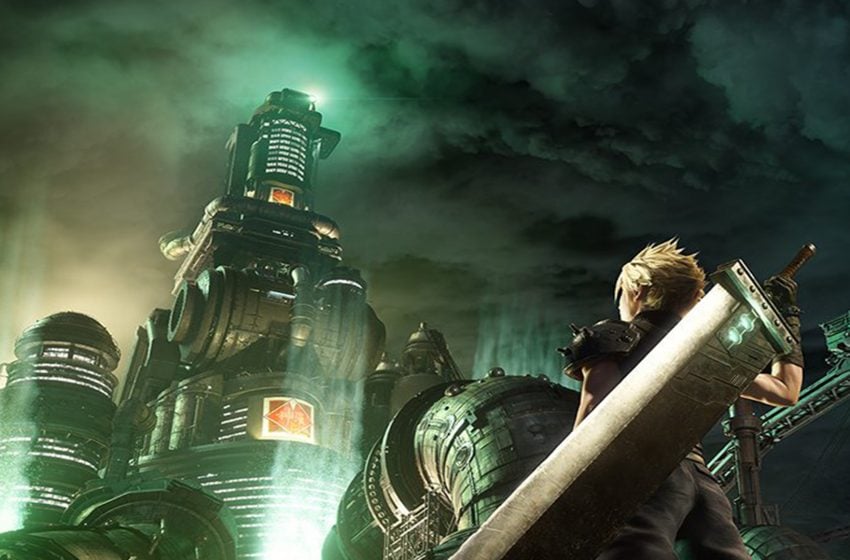 Like the original, Final Fantasy VII Remake throws players into intimidating and difficult boss battles. From the beginning, the enemies are relentless and deal heavy damage in flashy attacks. It only gets harder from there.

In Chapter 7, players face the Airbuster, a unique boss that lets the player remove components, modifying the fight, before the battle begins. There’s a sacrifice to be made, because each item removed will let it have more strength in another area.

Before the fight, players are able to locate key cards. Using the key cards, you can modify the components of the Airbuster before you fight it, potentially making the fight easier.

There are three parts that can be modified: AI Programming Cores, M Units, and Big Bombers. The boss fight will be modified depending on what piece you remove at the start.

It is highly advised to have a save file for this location in case you don’t like your choice.

Final Fantasy VII Remake wants players to understand their enemies and find a pattern. And it wants you to do it fast. The Airbuster may take some experimentation thanks to its removed parts, and because it might have a steep learning curve.

The Airbuster is weak to Thunder. By this point, you should have some upgraded spells and Elemental Materia that will let you deal elemental damage with basic attacks.

Barret will play an important role in this fight. There will be times Cloud and Tifa can’t reach the Airbuster, but Barret’s ranged machine gun lets him hit it at any point. Because Barret will be able to deal consistent, sustained damage, it might be best to equip him with Elemental Materia and Thunder Materia to let him deal thunder damage at all times. Cloud or Tifa could also be decent candidates. Tifa deals quick spurts of moderate damage and Cloud hits very hard at a slower pace, but there will be times when neither can reach the enemy. Barret may deal less damage per hit, but he will always be able to hit it.

After you decide who gets the Elemental Materia, the others are now focused on supporting your main damage dealer. They will still be fighting, but switch and heal whenever necessary. They should have Thundara, Cura, and any other support spells you have available.

The battle begins with a timer at the top of the screen. Do not be intimidated. You should have plenty of time to defeat it. Don’t focus on the timer unless it starts getting very low. Most of the timers in the game are more than enough for you.

There are two main attacks you need to watch for: Tankbuster and Big Bomber. Dodge these as best you can because they deal massive damage. Neither should appear until the second phase.

Other minor attacks include lasers and electric orbs or balls. The lasers are hard to avoid and you will likely take damage from them, but they aren’t lethal on their own. The electric orbs and small bombs can be avoided by using your dodge ability.

Like most boss battles in Final Fantasy games, there are three stages to this fight. In the first phase, it will let Cloud and Tifa hit it easily. It may occasionally deal some damage, but this is the easiest. Don’t waste MP or items here if you can avoid it. Use this time to build your ATB gauge and Limit Break. This is a short phase and it will soon progress to the second by moving down the center catwalk.

Stage two is where you have to be mindful of its abilities and watch its attacks. There are several things to avoid, the biggest are the Tankbuster beam and Big Bomber. With Tankbuster, it fires a purple beam down the center catwalk, hitting anything in front of it and taking huge chunks of health. It can use this multiple times, but in this stage, it cannot rotate or move. Run to the sides to avoid the beam.

It’s strongest move, Big Bomber, can appear in the second stage. It is fairly short range but deals massive damage. Run to the sides to avoid it as best you can. Even if you removed Big Bomber in the control room, it can still use it once.

In stage two, it can also use Divide and Conquer. In this attack, it will detach its gauntlets to attack party members at every angle. If you did not remove AI Programing Cores, these gauntlets can use lasers that have a high chance to stun your party members. Defeat them quickly by focusing your party on one at a time. They can be staggered, so hammer away.

Once you get its health low enough, it will jump to stage three. In a brief cutscene it will destroy the catwalk. In stage three it can float freely through the air. Barret becomes your most important party member because of his range. In this stage, because of its mobility, it can float away from the catwalk, where Cloud or Tifa can’t reach. Barret should keep up the damage while Tifa and Cloud support him as best they can.

When it comes close to the catwalk, unleash all your attacks. Now is the time to use Limit Breaks if you have them. Tifa and Cloud can reach it when it’s close enough, so keep up the damage.

Remember Tankbuster? It can use it here and now it can rotate and fire in a semicircle. It’s slow, so run out of the way.

The Airbuster is an intimidating fight; from the size of the boss to the looming timer ticking down at the top of the screen. If you find yourself struggling with certain parts of the battle, consider restarting at the save file and removing a different part. For instance, if you find yourself stunned too often, remove the AI Programming Cores. If you are dying to Big Bomber often, remove those. If you have summons, they can be useful for additional support and damage.