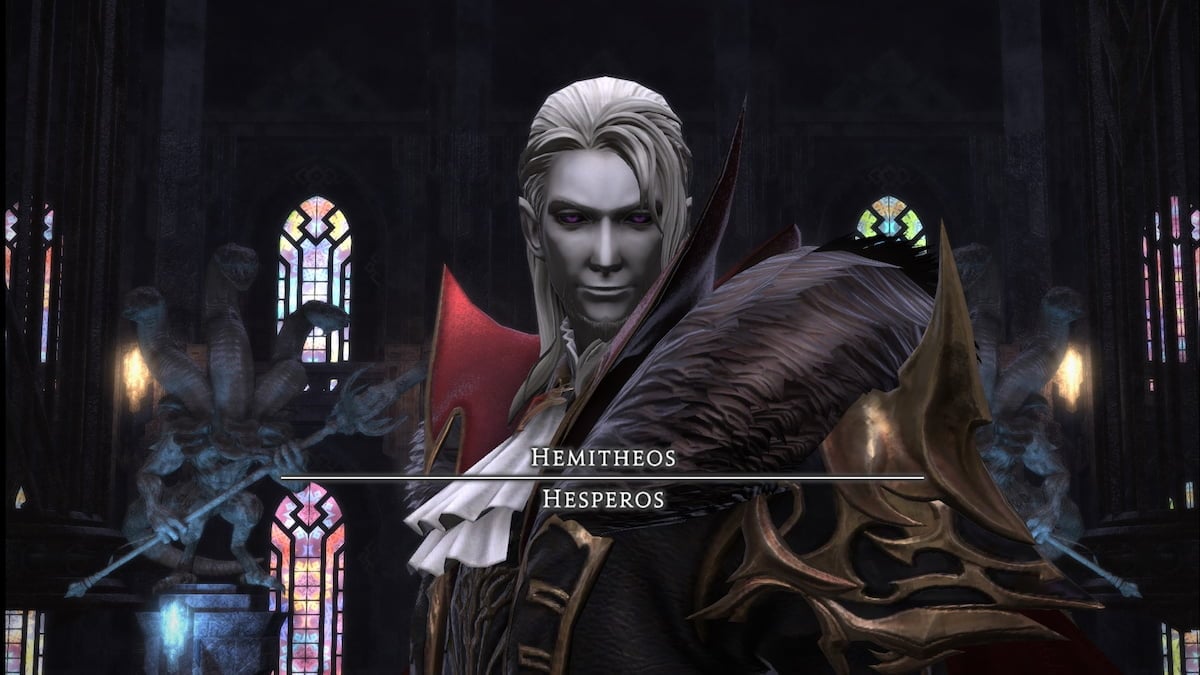 The final boss in the Pandæmonium raid series in Final Fantasy XIV features Hesperos, a problematic boss you’ll be battling against with a small group of players. You’ll want to return to this boss each week to gain access to the exclusive gear you’ll receive at the end of the encounter, but defeating them is another matter. This guide will cover how to beat Hesperos in Asphodelos: The Four Circle in Final Fantasy XIV and all of the attacks they use during the battle.

It’s important to note that this arena is surrounded by spikes that can immediately eliminate your character if you hit them. While you may want to stand around the borders of the map, make sure to avoid these spikes as much as possible, especially for attacks that push you to the outside edges.

The starting attack that Hesperos uses in the encounter is called Elegant Evisceration. It will be an attack focused on the tank of the party, and you’ll see a red arrow above their head to indicate who is receiving the attack. The primary tank will want to prepare for the attack, and the Healer should prepare to heal the tanks if they run into trouble. Hesperos will use this focused attack throughout the encounter in between other moves.

The next attack you can expect is Setting the Scene. It’s a move where Hesperos covers one corner of the arena with his cape, indicating he will be placing one of four different types of attacks at the location. When you initially see the move, you’ll see the corner covered by his cape, and once the attack has fully charged, the cloak is pulled away, revealing a changed floor.

Based on what they do, these are the four types of attacks that could be underneath the cape and how you need to best react to them. After Hesperos uses Setting the Scene, they will then use Pinax, setting an attack at the center of the room, which will have the name of the attack that’s about to occur.

Those are the four primary attacks that Hesperos will be using, and these attacks will be stacked on top of each other. For example, later in the engagement, Hesperos will be placing multiple capes on the corners of the arena, forcing you to deal with several attacks back-to-back. You’ll need to pay attention to the Pinax move, watch which floor is activating, and prepare for it with your party.

You can expect Hesperos to use other moves throughout the encounter, such as Hell Skewer. It’s a single-line AoE move where Hesperos fires a wave attack from his sword, making it relatively easy to dodge.

An AoE attack that hits all party members is called Bloodrake. There is no way to avoid this damage, but all characters in the party can use their damage mitigation defense moves, and healers will want to prepare everyone for the assault. Those who have multiple stacks of vulnerability will take the most damage.

Another, more engaged move you’ll need to work to avoid by Hesperos is called Belone Coils. It’s a move that, when activated, three circles appear on the floor with the Tank, Healer, and DPS symbols above them. You will want to move to the circles that do not have your character’s Job. So if you’re a DPS, move to the Healer or Tank symbols. If you’re a Tank, go to the DPS or Healer circles. If you’re a Healer, go to the DPS or Tank symbols. If you go to these circles and you’re not the indicated class, you will not take any damage. If your character’s Job matches the symbol, you take damage.

In the image below referencing the attack, our character moves to the incorrect symbol because they are a Samurai, a DPS Job, and they move to the DPS circle, immediately dying.

A similar attack to Belone Coils will be used by Hesperos named Belone Bursts. Instead of cycles with symbols above them surrounding Hesperos, energy attacks will be pointed at your character, and they will be making their way across the room. If they make contact with you, you’ll take damage. Therefore, you want to rush to the energy attacks headed towards your party members that are not your symbol. There will be four DPS, two Healer, and two Tank symbols, giving everyone an energy ball to slam into, avoiding damage if your character’s Job does not match that symbol.

Another attack you want to prepare for is called Westerly Shift. It’s an attack where Hesperos will be teleporting to the west point of the map and preparing to do a massive cone move, almost taking up the entire room. You need to move to either side of the attack to dodge it.

You can expect Hesperos to rotate through all of these attacks throughout the encounter. Closer to the end of the fight, Setting the Scene, East, West, North, and South Shifts, Bloodrake, and Belone attacks will be used alongside each other, especially during the Setting the Scene moves, while the elements are happening.

After you complete the encounter, you’ll earn a chance to earn a piece of armor for the week. The reset happens every Tuesday.