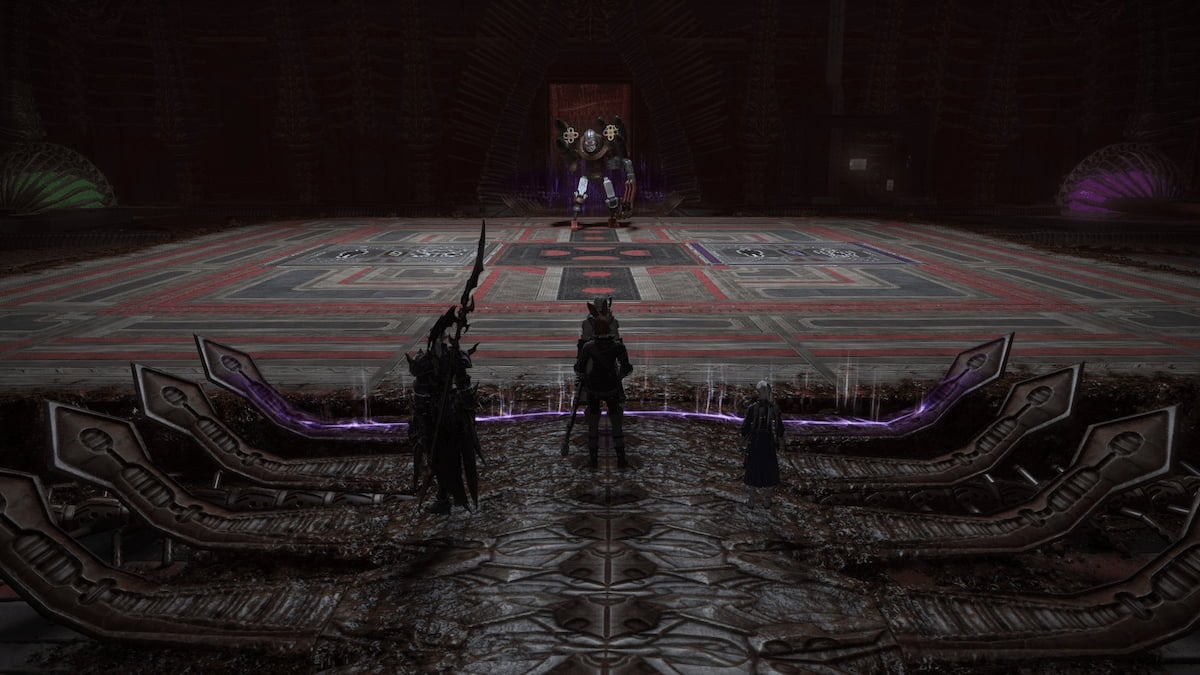 After this, Lugae uses Magitek Missile, firing multiple rockets behind it in small circle AoEs. You can quickly dodge these by going to Lugae’s flank. Following this, Lugae has another attack called Magitek Ray, where it turns around to face a party member and unleashes a powerful line AoE attack against them. Each of these attacks are simple to avoid.

There are two significant attacks that Lugae does during this encounter: Magitek Chakam and Downpour. Magitek Chakram is when several large blades appear on the side of the arena, covering the entire room and hitting everyone. This happens twice. To avoid it, you want to stand on the purple platform next to Lugae and become miniature. This way, you’ll avoid the attack, and you can continue to attack Lugae while in this form.

The second, Downpour, causes the room to be filled with water. To survive this, you’ll need to stand on the green platform next to Lugae, turning you into a frog. While as a frog, you will be unable to attack Lugae. Also, in this form, Lugae will be firing Magitek Missiles at you and your party members. You’ll need to avoid these missiles and hop around the arena until the spell’s effects wear off and Downpour disappears.

The other attack you have to watch out for is Magitek Explosive. Lugae summons three large bombs that appear on the edge of the arena. These bombs will create a cross-formation AoE, meaning you’ll want to find the location in the room without a bomb and stand there. Then, if your tank can bring Lugae to that location, you can continue to attack it from there.

Lugae will rotate through these attacks during your battle in The Tower of Babil. After you defeat Lugae, you’ll have the chance to loot from a Treasure Coffer and receive equipment for any of your Jobs.