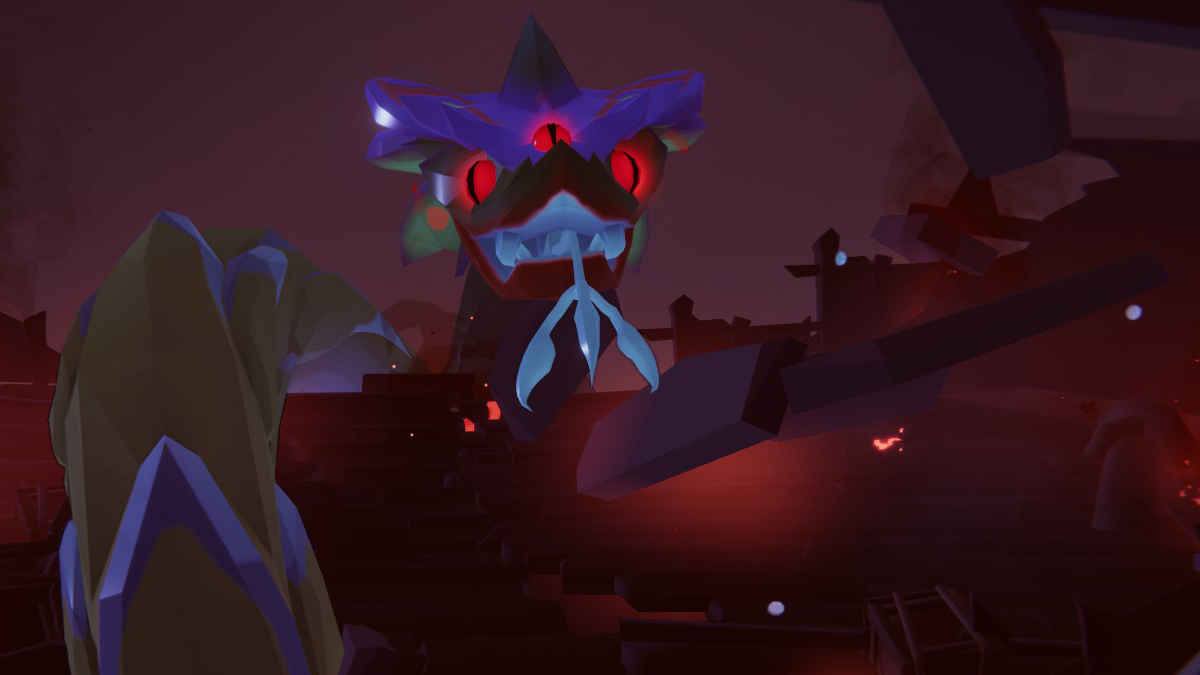 The Abyssal Serpent is an alternate boss for the end of Act three of Gunfire Reborn. This boss will only spawn once Yoruhime-Maru has been defeated three times and then has a 50% chance to spawn at the end of Duo Fjord.

The Abyssal Serpent is an extremely fast boss — the fastest of all original bosses in Gunfire Reborn. Players will be able to dodge attacks by saving their dashes, but wanton use of dashing will result in a quick death. Occult Scrolls increasing dash or movement speed, such as the Ostrich Rider, can help survivability greatly.

The Abyssal Serpent has a singular summon called Serpent Tongues. These Tongues have low health and spawn at the forwardmost area of the boss arena to shoot balls of water to players. These balls of water move slowly, but it gives players a choice. They can save these tongues until they need to strike to regenerate health/shield (or armor, in the case of Qing Yan), or they can dash forwards and quickly eliminate these threats.

All The Abyssal Serpent attacks in Gunfire Reborn

There are four Abyssal Serpent attacks that players will need to familiarize themselves with. Thankfully, all four heads don’t attack at once, giving new players a chance to learn the attacks for the first quarter of its health bar. The attacks are all straightforward — it’s when other heads join in the attacks that make this boss a party wipe.

A red line will appear from the Serpent to the back of the arena. Shortly afterward, the Serpent lunges across the stage and attempts to eat any hero caught; all heroes caught in the AoE indicated will take a heft of damage. Sidestep this attack, and focus fire on the glowing scales on the side of the Serpent’s neck.

A Serpent head will poise upwards, and a red circle will appear on the floor of the stage. Step out of the circle, and dodge the large Water Ball spat by the Abyssal Serpent.

A Serpent Head will bend backward (away from the players), then swing around to the side. This will then summon a wave that sweeps over the arena, which players will need to leap over. This is the only attack that does not have an AoE indicator on the platform: players will need to watch the Serpent heads to know when this attack will strike.

Once the Abyssal Serpent is at 25% health or below (when all four heads are in play), they will occasionally perform a Group Bite when all four heads reach across the platform and attempt to perform a synchronized Bite. This attack is deadly: there is little room for movement error.