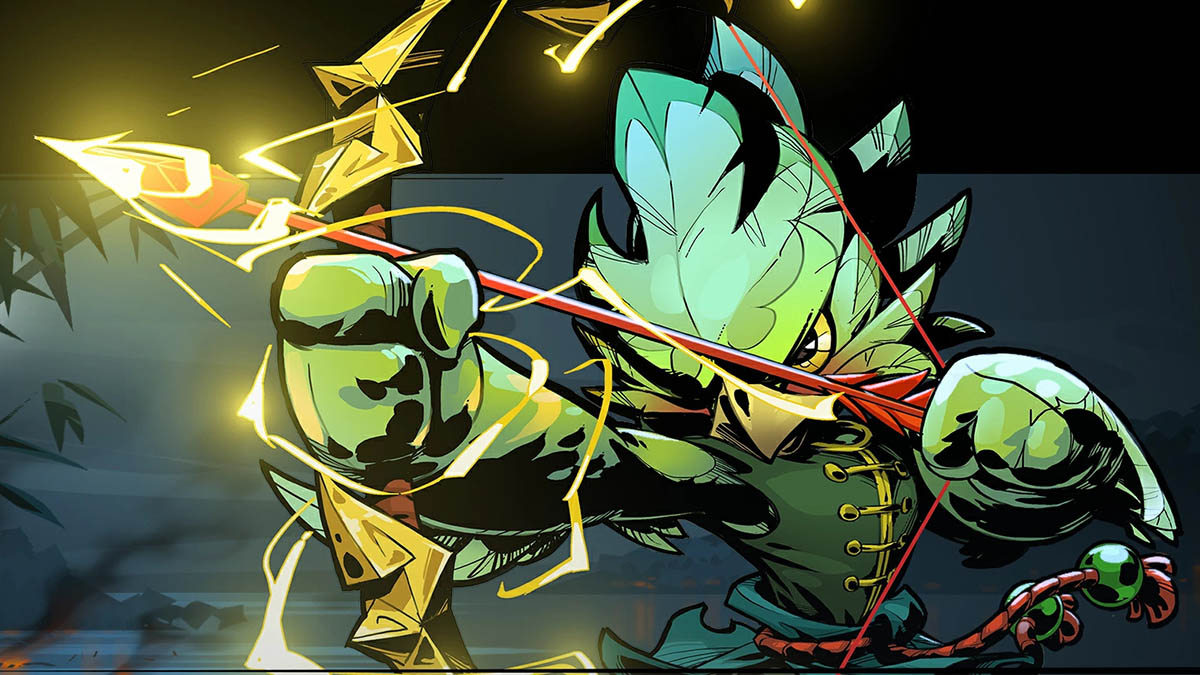 Qing Yan is the falcon hero within Gunfire Reborn, and one of the more difficult classes to play thanks to his close-range specialization. With proper build strategy, however, Qing Yan can easily surpass his peers in combat power, resulting in end-game cumulative damage of well over 100 million.

With such power comes a few drawbacks, though. Qing Yan struggles to damage enemies beyond close range, and taking damage is guaranteed (especially in later difficulty levels). Thus, this character pairs very well with a long-range specialist hero such as Tao or Lei Luo. Solo clearing is more than plausible if proper weaponry has been appropriately leveled, though some newer players may struggle in the late game.

As Qing Yan is a close-combat brawler, players should immediately seek out ascensions and scrolls that offer increased survivability. Qing is one of the fastest heroes (necessary for dodging incoming projectiles), but does not have a shield which regenerates outside of combat; instead, Qing has armor which can only be regenerated under specific conditions.

Shotguns can also help shred enemies if the two abilities aren’t currently cutting through the mobs, but use caution with the Argus — it pushes enemies away from the blast, which could leave them outside of Cleave range. Only under dire circumstances should Qing use larger weapons such as the Big Hippo or Bone Dragon, as they greatly mitigate his speed — one of the greatest tools in his arsenal.

As mentioned, one of the first ascensions should be an armor recovery tool, meaning either Regen Hit or Defensive Cleave. Whichever happens to proc, players should chase that specific tree (either Fleeting Scud or Fatal Wings) until the damage output is reliable enough to keep Qing alive within a mob. Qing Yan’s default Leap offers a 20% armor restore: if you aren’t getting the ascension and scroll drops necessary, default to the Fleeting Scud tree until logic dictates otherwise.

Regen Hit allows Qing to regain armor every time he uses his Leap ability (primary ability), even if he misses. The initial perk level gives 40% armor on hitting an enemy, and 20% on miss. At the final stage of this perk, a single Leap regains all armor regardless of hitting an enemy or not. If taking the Fleeting Scud tree for survivability, the following perks should be considered, in order from best to worst.

The All or Nothing caveat

Enhancing the damage of Leap also increases the amount of armor recovered, as the armor recovery is calculated and applied after All or Nothing procs. If you see this ascension, and you have Regen Hit, it’s worth bypassing Steel Armor and Iron Scud for the increased damage and recovery, unless you’re struggling against enemies.

Defensive Cleave only offers 10% armor received per enemy struck with Cleave, but this is mitigated with proper positioning at the opening of an encounter. Defensive Cleave alone won’t be enough to keep Qing alive, however, and should be accompanied with the appropriate scrolls, again listed from best to worst.

Your initial ascension selections will determine where you’re building Qing Yan in the late game. Mid-game, Qing Yan can comfortably operate with all trees. Once survivability is secured, players should focus on pushing the maximum amount of damage as quickly as possible.

The second part of the Qing loop is the Cleave and weapon-centric DPS, so picking up a few ascensions here can go a long way. If you haven’t managed to pull Easy Kill in the first Act, don’t get too wild with this tree.

The entire center tree of Combat Expertise has a place in every build, but first spec into your primary trees if given the option. While all skills have a place in specific builds, here’s our listing from best to worst,

Nova Shockwave (If All or Nothing has been selected)